The third in the series, looking at differences in performance in skating vs. classic races for particular nations.  We’ve already done Japan and Italy.  Now, by request, we have Norway.

To avoid repeating myself, I’m going to skip much of the introduction and explanation for the methodology and graphs.  Go read the Italy post if you need a refresher.

First we’ll look at the estimates for each individual skier over their entire career: 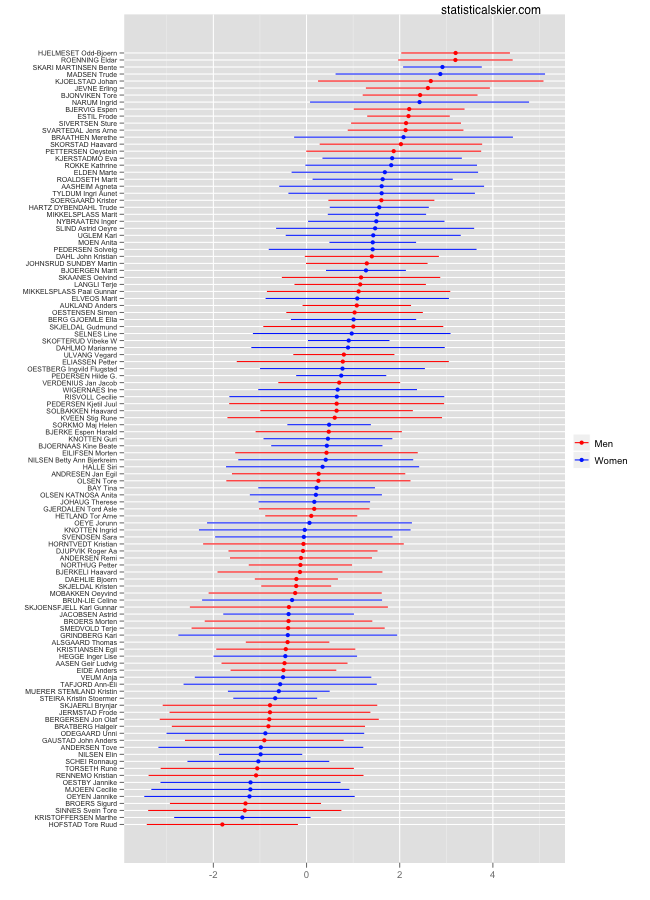 There are a ton more skiers here, even after filtering out those with fewer than 2 skating and classic races, so I’m sorry that the names are a little hard to read.  As always, negative values (on the x axis) indicated better performance in skating races relative to the median WC skier.

As we might have expected, most Norwegians shown here are nominally better at classic skiing (positive value) and up near the top there are quite a few that even appear statistically significant (error bar doesn’t overlap zero).  Good old Odd-Bjoern, hanging out up there!

Unlike with Italy, we don’t see much of a difference between the men and women.

Here’s how things have changed over time for the entire team: 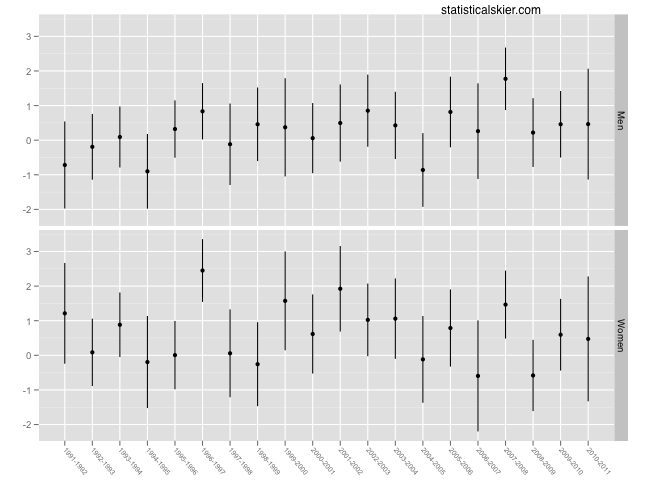 As before, there are some years that look unusual: 1996-1997 Women, 2007-2008 Men+Women, maybe 2004-2005 Men.  In a more “serious” analysis we’d go back and check those out to make sure our model isn’t doing something funky.  Perhaps I’ll get to that sometime…for now, though, I wouldn’t necessarily leap to the conclusion that the Norwegian women were suddenly way worse at skating (or better at classic) in 1996-1997 and then returned to normal the next year.  I’d be similarly cautious about interpreting 2007-2008.

Overall, though, we’re seeing a mild preference for classic (positive values) with the men that’s been mostly stable since the mid-90′s.  The women have seen more of an up and down, but only if we ignore the “problem seasons” of 1996-1997 and 2007-2008.  Ignoring those aberrations it looks like the Norwegian women went from preferring classic to being roughly even and then really preferring classic and then finally coming back down toward being roughly even in recent years.

The results for sprinting are a bit more decisive: 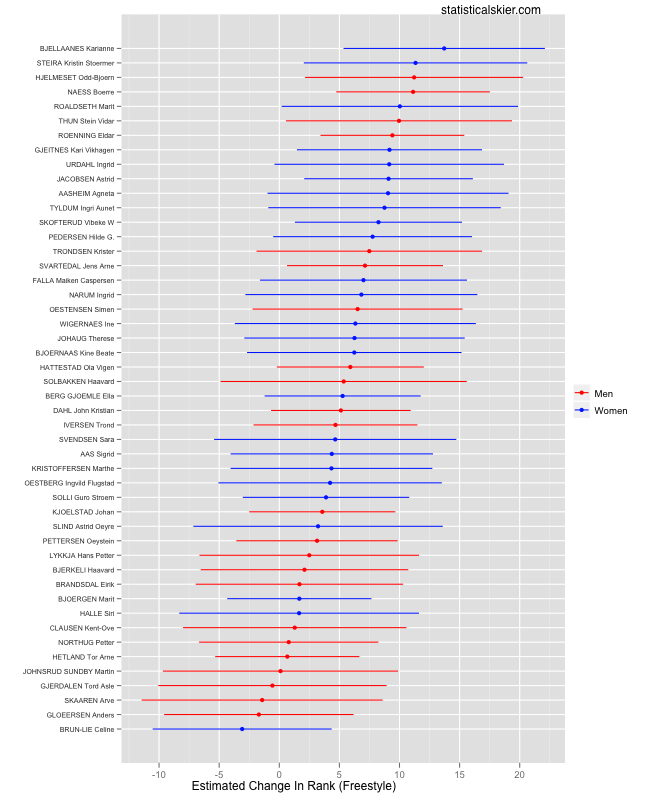 Recall that the scale has changed from median percent back to rank.  Positive values still mean that a skier’s classic results were better than their skating results and vice versa.

Only four Norweigan sprinters appear to have even a nominal preference for skating (negative values), but overall not many of these effects appear statistically significant.  There’s a mild difference between the men and women, perhaps, with fewer Norwegian women having values near zero or negative.

And finally, how this has changed over time for the entire team: 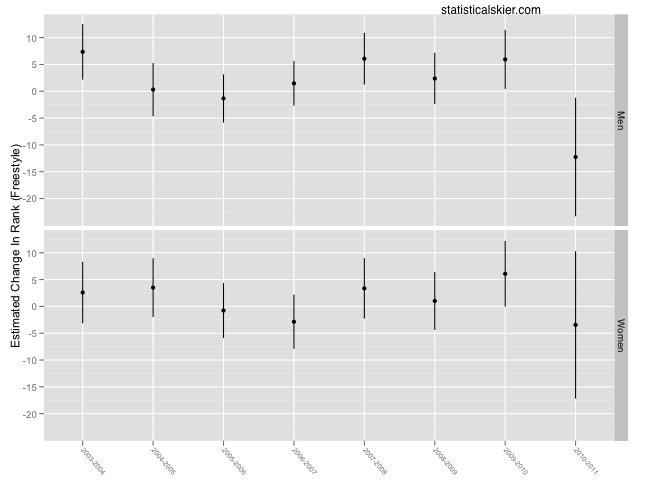 As before, don’t put much faith in the estimates for 2010-2011 (note the larger confidence intervals, indicating less certainty?).  Excluding the questionable estimate from this season, it seems like both the men and women are moving slightly towards the classic end of things (positive values) lately, but it’s a pretty small change.  Also, only a handful of these confidence intervals appear significant.