Once again, not much commentary here, just some graphs showing some notable individuals progress through the tour.  I haven’t highlighted all the leaders, per se, just some of the top people and some other interesting ones. 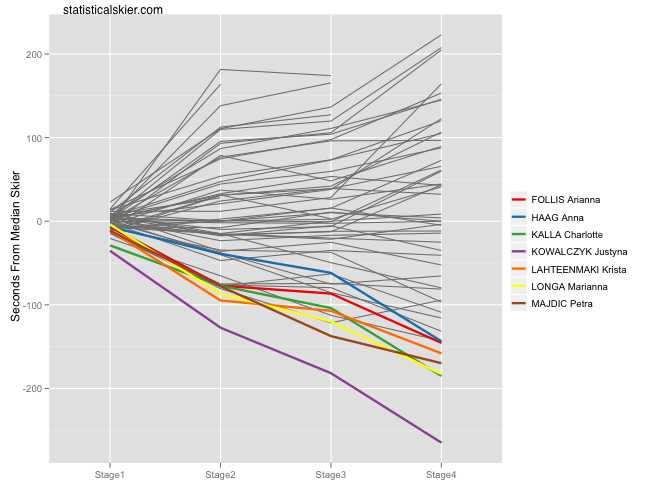 No one’s likely to touch Kowalczyk for the overall, although there’s a lot of racing left to be done.  But the race for second and third is definitely going to be interesting for the women.

As for the North Americans: 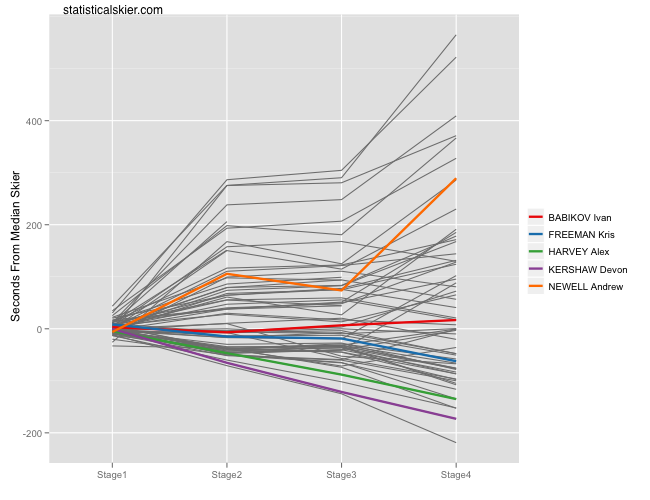 I confess to enjoying making graphs of the “North American women” in the Tour.  😉  With all the (deserved) attention Devon Kershaw has been getting I think Alex Harvey is just as great a story.  And if Freeman can survive the next sprint without yielding too much time, he might have a chance to move up a fair bit in the remaining distance events.