As expected, Stage 6 saw quite a bit of movement (as well as skiers abandoning due to illness): 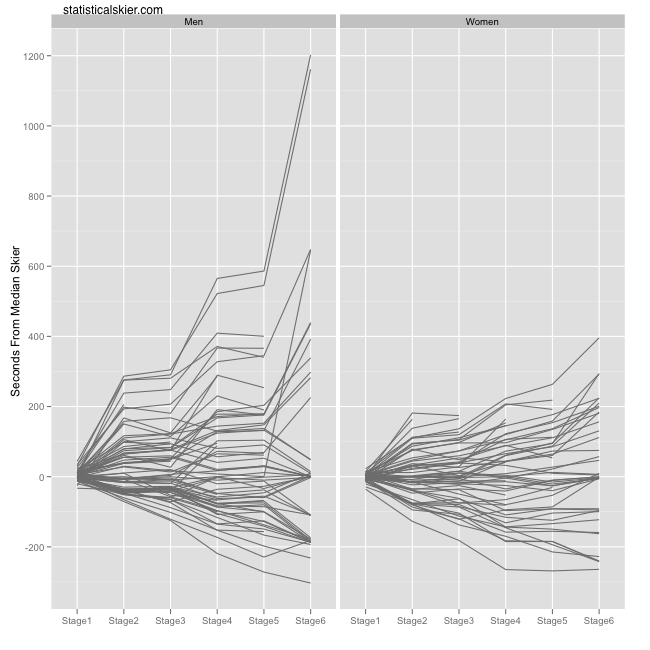 A couple of the men are really quite a ways off the back; I wouldn’t be surprised if we saw some of them pack it in.  Stage 6 created a lot more “clumpiness” with the men, although the women have some groups formed as well.

Kowalczyk has been losing ground on the main chase group since Stage 4 and is now in danger of yielding the overall lead if she doesn’t stem the tide.  Cologna on the other hand looks to have this race more or less under control.  Kershaw finally returned to planet Earth today and fell from second overall as he was swallowed up by the main chase group.

Here’s the breakdown by nation (with some countries omitted): 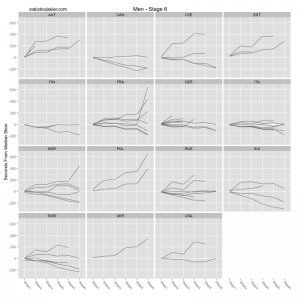 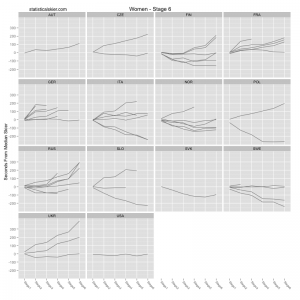