I’m not going to provide much analysis here, just the graphs.  Feel free to pontificate in the comments.  First up is the overall Tour rank after each stage: 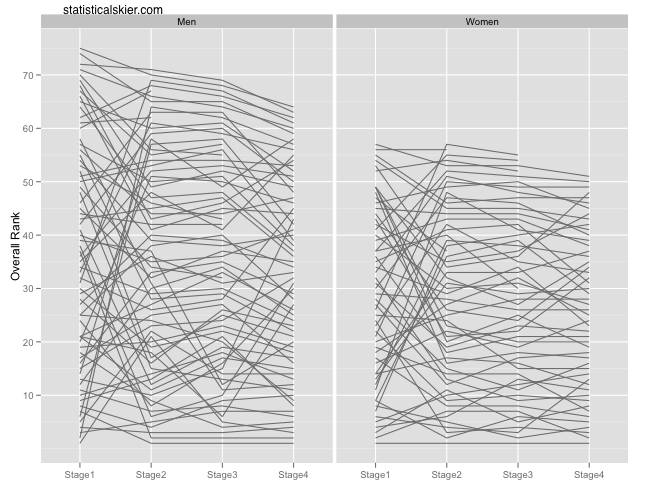 The two day pursuit created more chaos in the overall placings than I expected.  Somewhat more significant movement in the sprint in Stage 3 with the men, given the pure sprint specialists there.

The following two graphs split the men’s and women’s fields by nation (except for Andorra and Australia, for space reasons; sorry!).  Instead of rank, they display the seconds from the median skier after each stage.  They are somewhat large, so click through for the full versions: 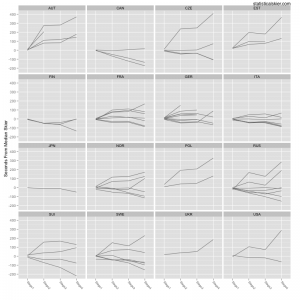 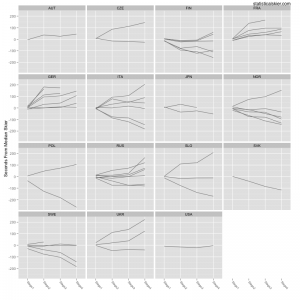 Some things I learned from these graphs: