Just a quick follow up to my earlier post examining some of the North American men in today’s U23 pursuit, this time for the women. I’ll just focus on three ladies: Sadie Bjornsen, Caitlin Patterson and Alysson Marshall.

Here’s the graph for Bjornsen: 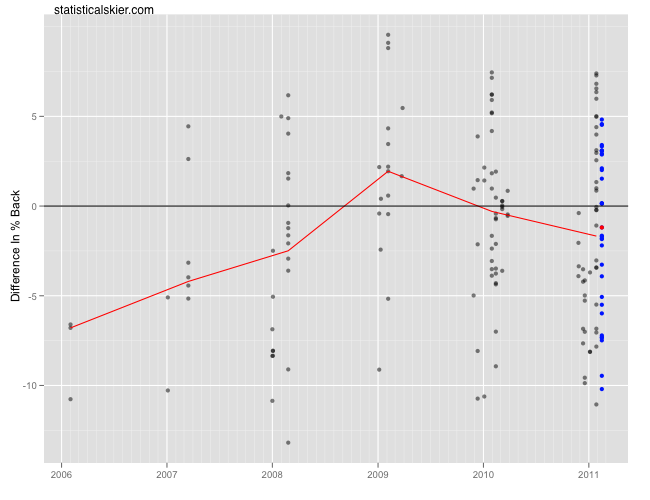 Difference in % back between Bjornsen and the field.

Today’s race (blue) seems neither much better nor much worse than she’s performed against this group of skiers this season, although most of the data from earlier this season is comparing her to other North Americans.

Caitlin Patterson has somewhat less data for me to use, so things here are a little murkier: 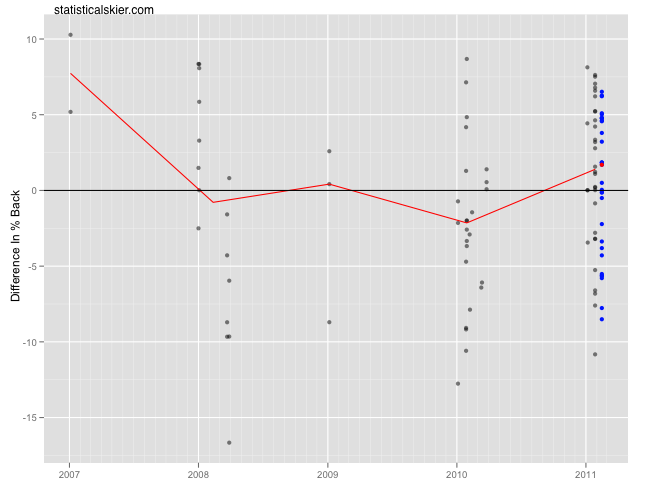 Difference in % back between Patterson and the field.

This would make it seem like she’s skiing quite a bit worse against this group this season, compared to last season. But the number of athletes here that she’s faced in the past is a little on the small side. So it’s true that she’s a bit further behind several international skiers (Lisa Larsen, Sandra Ringwald, Ingild Oestberg) than she was at WJCs last year, but the head to head matchups with these three skiers are driving a fair bit of the change here. 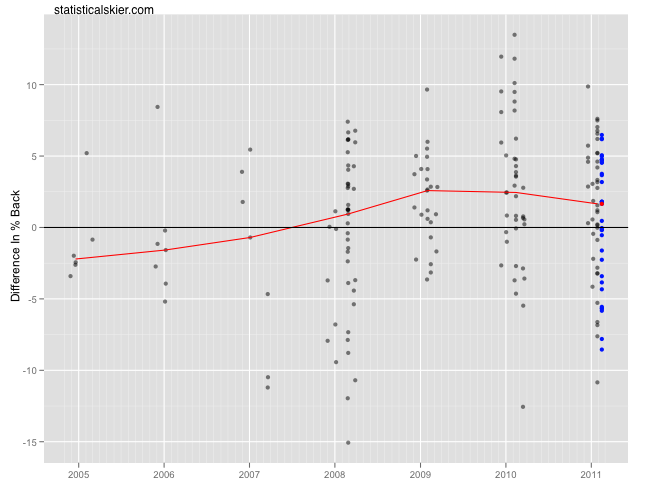 Difference in % back between Marshall and the field.

Again, this seems like a solid race, but not particularly better or worse than how she’s fared against these skiers in the past.