I’ve been swamped with grading this week, so I feel a little bad about not posting anything about World Juniors specifically. I’ll try to put something together over the weekend. But these percent back difference plots are pretty easy to pump out for the U23s, since they tend to have a bit more racing behind them, and hence more data.

If you’ve forgotten what it is I’m plotting here, you can check here for an explanation. The basic idea is to compare someone’s performance (e.g. Musgrave’s) to their past performances against the particular people at that race. This provides for better, more stable, comparisons than simply plucking out a single skier to use as a benchmark. 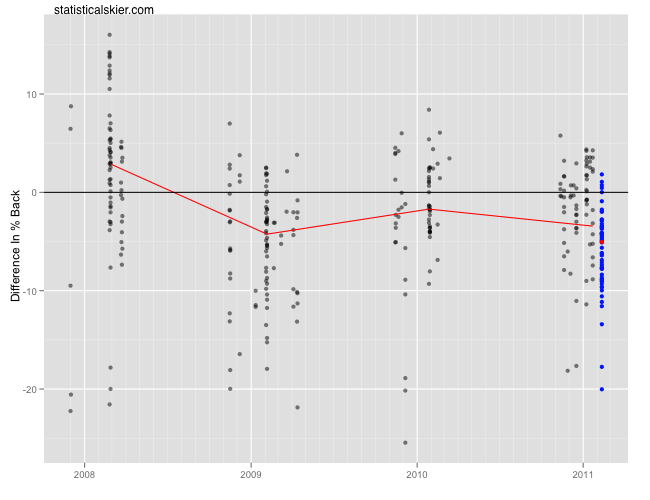 This is mostly as I suspected. Musgrave’s race looks somewhat better than what he was averaging earlier this season. So, not terribly surprising that he had a good race, perhaps, but maybe more notable for how close it actually is to a typical race for him this season. It’ll be interesting to see if he can put a great one together at World Championships and maybe break into the top thirty.

Noah Hoffman commented after his race something to the effect of “Meh.” He should know best: 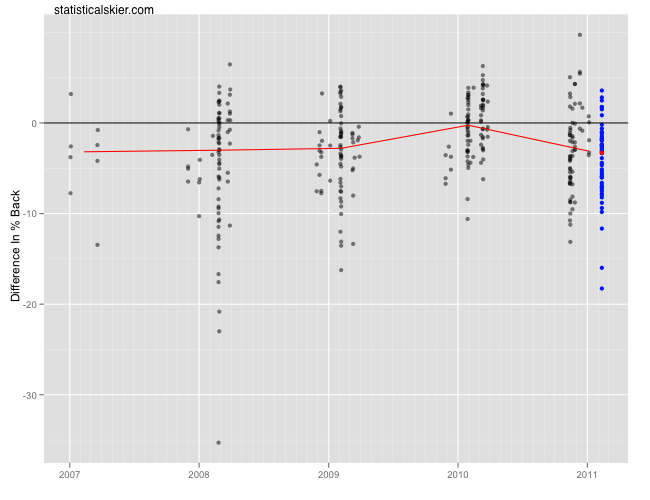 And wouldn’t you know it, Hoffman knows how well he skied! Imagine that. That looks pretty much average for his season so far, although somewhat better than last year, which is always good.

Of course, I shouldn’t ignore the Canadians, in this case Kevin Sandau: 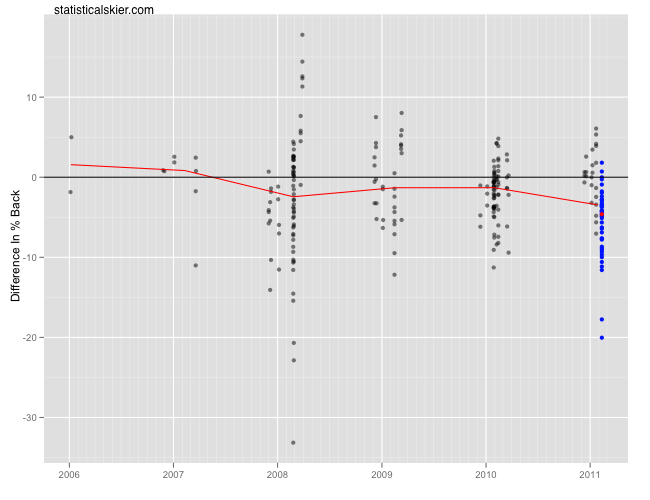 That looks like a comparatively good race for him this season, but we should note that in Sandau’s case I only have 2-3 other FIS distance races on record for him so far this season, so comparisons for this season are a little thin. It definitely seems like a step forward from last year, though.