I haven’t posted very much regarding domestic racing here in the US or Canada.  There are several reasons for this:

Still, I ought to pause for a bit after US Nationals and post something.  So here it goes.  Distance FIS point trends for a selection of top US men and women (excluding US Ski Team members): 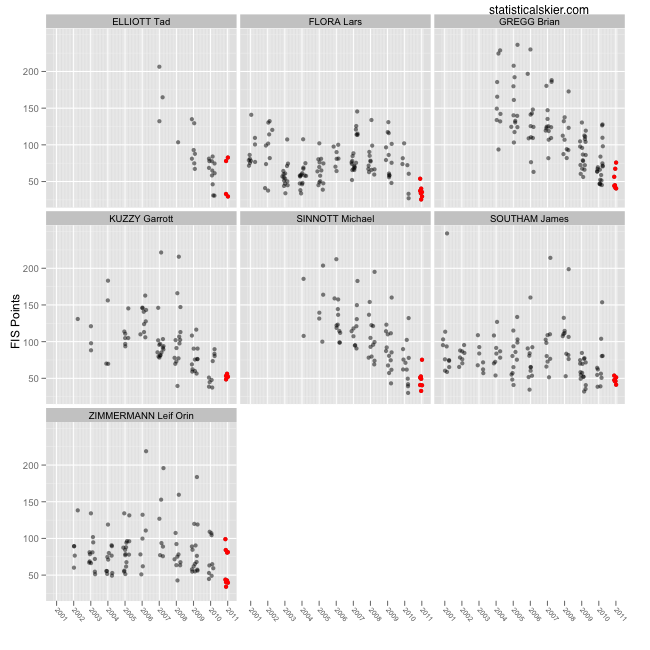 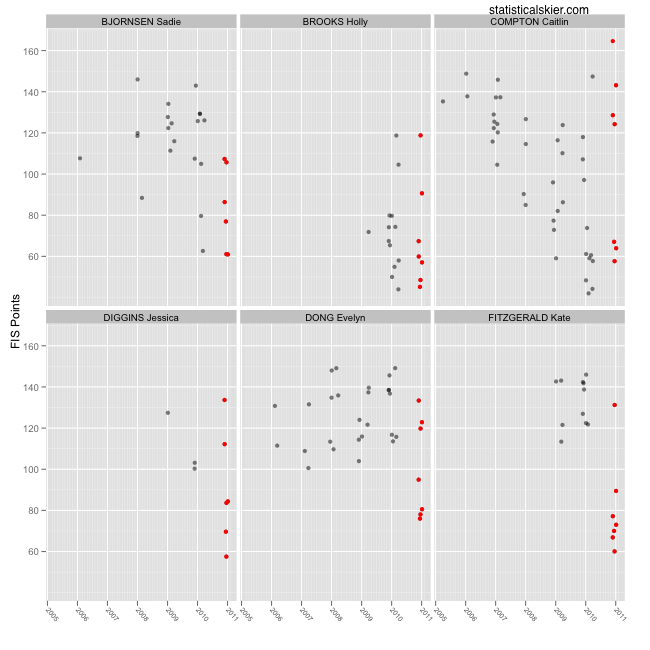 There’s no grand conspiracy regarding who I chose to graph here.  I asked around for some suggestions about who might be interesting to look at, got a list of names too long to really tackle and narrowed it down based on who’s data seemed the most interesting to me.

A couple of observations:

I played with various ways of looking at domestic sprint racing, but eventually gave up.  From a data analysis perspective it’s just a mess.

A more detailed look at these skiers results against each other to come in a subsequent post.