I’m not going to spend much time on this topic, since obviously it wasn’t a great day for the North Americans, but we can at least put a few of the results in some sort of context using my new-fangled graph, starting with some of the men: 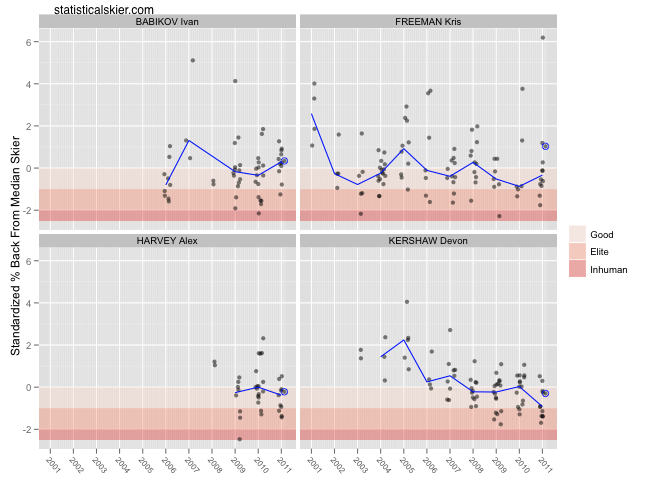 I’m sticking with the folks who’ve done more races, here, just to keep things brief. As I mentioned before, I’m plotting the standardized percent back from the median skier, with Saturday’s classic race highlighted with the blue circle. The blue line marks the median trend (by season) over time, except for seasons with fewer than two distance races. In Harvey’s case, I don’t think that race was all that bad, just not spectacular. Kershaw definitely was a bit below where he normally is, though.

Here’s the corresponding graph for (a few of) the women: 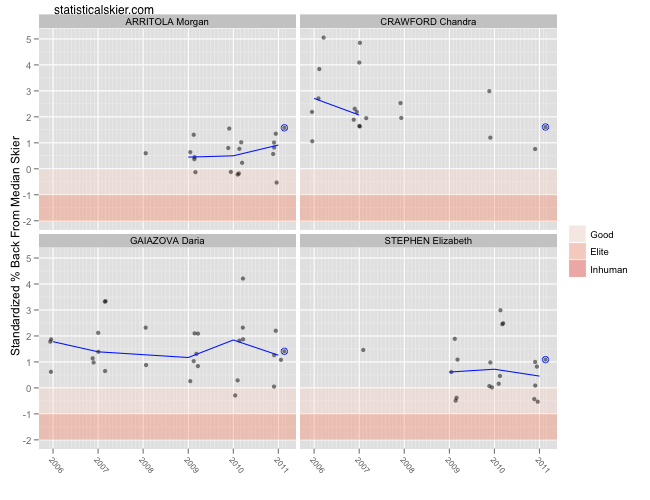 Actually, Crawford and Gaiazova’s races weren’t too bad, compared to how they’ve done in the past.