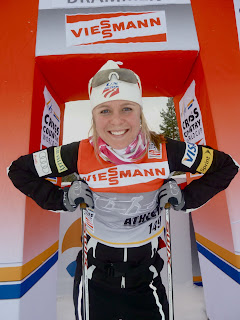 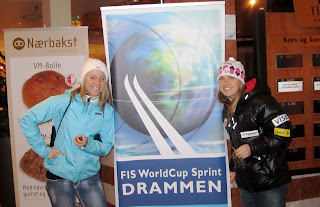 Holly and I soaking it in

Last weekend I had my debut into the world of World Cup racing. Honestly I can’t quite put words to what it was like. I think I may be the luckiest person alive to have my introduction into the world cup life in Norway. In a country where cross country skiing is the most important thing in every person’s life… you can only imagine what would happen when a World Cup comes to town. To say it simple, 15,000 people set up tents, camps, and line the 5 kilometers of trail. I have been to one Seahawks game in my life, and I would compare the sound to that… only it is in another language- so the buzz has a different tone. It is by far the coolest thing I have experienced in my life so far though. I could get used to this lifestyle! 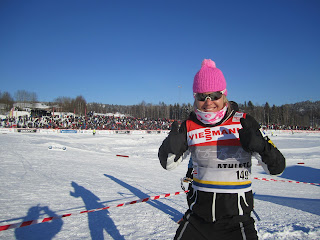 Watching the sprint race… along with thousands of spectators behind me. 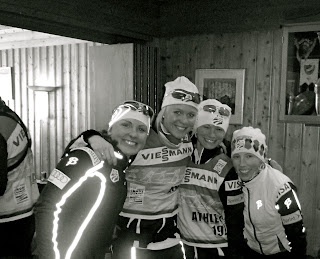 The fans were incredible, but the athletes were even more incredible. I have watched hundreds of world cup races on TV and video’s, and to be honest, I even considered it a chance to be able to ski with them for a bit. But when I had the chance to watch them ski in person… I was in awe. These girls are incredibly fast- they are MOVING! It is a whole nother league that I have never seen before. This is the most exciting part to me though. Now I “know what it looks like”. It’s super exciting to watch it, and now know what I am aiming for. The fun part about this year being my first in so many things, is I have no pressure, but I am just going out there and doing the best I can. I have to say, watching Kikkan win a world cup right in front of my eyes was so awesome! I have skid on a team with her now for a year, so I have watched her train, and watched what she does. It was awesome to watch the true “kikkanimal” at work. That girl is GOOD! 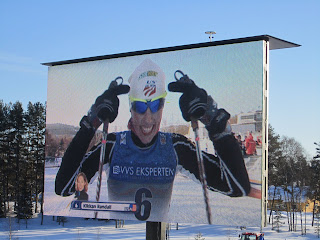 Kikkan on the big screen- showing some love for Subway

The only down part to having my first world cup experience in Norway… is the competition is about the hardest it gets on the world cup circuit. With Norway hosting the races, they get to start about 20 athletes in both the mens and womans fields. As everyone knows, Norwegians have an incredibly deep field of talent… so in most of my races- there were about 15 norwegians ahead of me. So… I learned quickly- results are not something to be studied in Drammen. The important part is I am in a good place going into World Champs… which actually starts today. They have late starts every day- so I am using my long morning to get some homework done and catch up with some things. 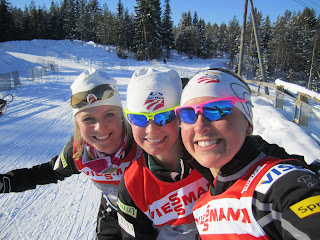 Soaking in some sun the day of the sprint race- awesome day!

It has been super fun to meet up with all of the nordic combiners, jumpers, and the rest of the nordic squad. We have quite the group of athletes over here! It is going to be a fun week of racing! 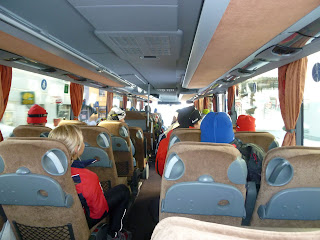 Coach Bus taking us anywhere and everywhere we need. World Cup athletes get TAKEN CARE OF! 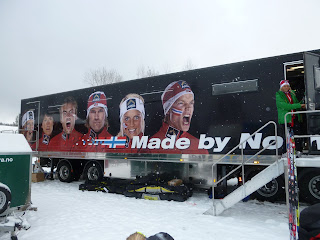 Emil Joensson (SWE) – a Favorite for the Sprint