Now for the sprinting versions of the graphs from my previous post. First up the men: 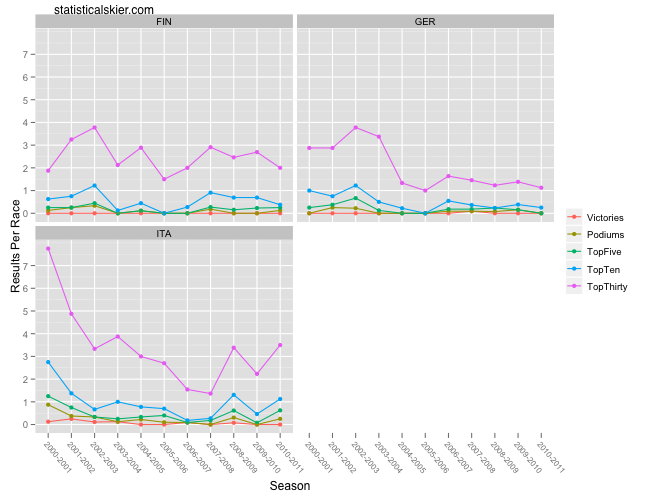 These graphs stretch back into the prehistory of sprinting, so keep that min mind. The Italian men kind of came out of the barn dominating sprinting (or whatever you want to call the “sprinting” events that existed back in the early 00′s) but haven’t kept that up at all. They’ve seen some flickers of life recently, though.

The graphs for the Finnish and German men are less interesting, with the only major change being Germany’s modest decline around 2003-2004. 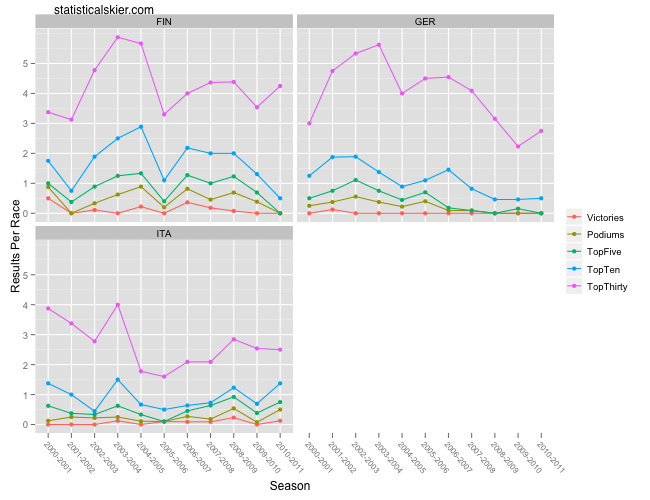 I’m not sure what the spike in 2003-2004 was for the Italian women. I’ll have to go back and check, but most likely it’s just one woman who had an unusually good year that year. The German women have seen a slow, general decline. The Finnish ladies have this big surge in the early 00′s and then crash in 2005-2006, rebound and then slowly declining again (although the top 30′s have remained mostly constant).