I feel like a grade school teacher, checking off names and such, but let’s see how many folks actually showed up in Rybinsk compared to past years: 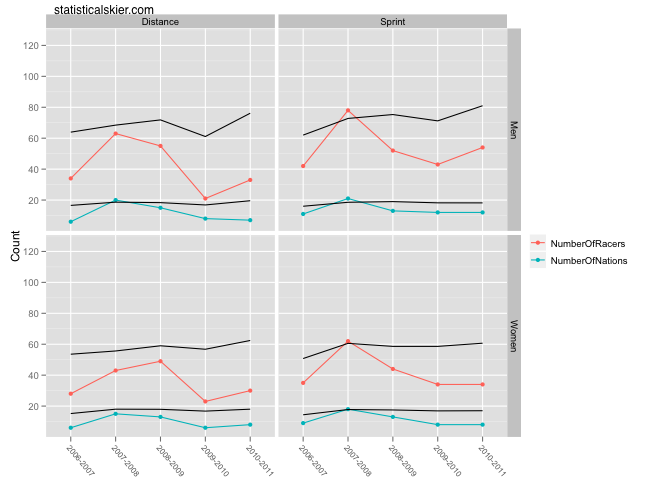 I’ve plotted the number of racers and nations present in the sprint and distance events in Rybinsk, along with the corresponding averages for all other World Cup events (not including major championships like Olympics, World Champs, or big events like the Tour de Ski) in black.

At first glance, we see that the men’s fields were slightly larger this year in Rybinsk, although we might then note that the men’s fields have been slightly larger across the board this season as well. The number of nations present has been somewhat more stable. This highlights just how much depth is lost in World Cup fields from the omission of only two nations (Norway and Sweden).

I also find it interesting that the number of racers was mostly below average through 2008-2009, but it has only really been this year and last when the attendance has really plummeted in some cases.