I only have the raw result this time around, so nothing fancy. Instead, we’ll just pick out some people who looked like they had some unusually good races again. 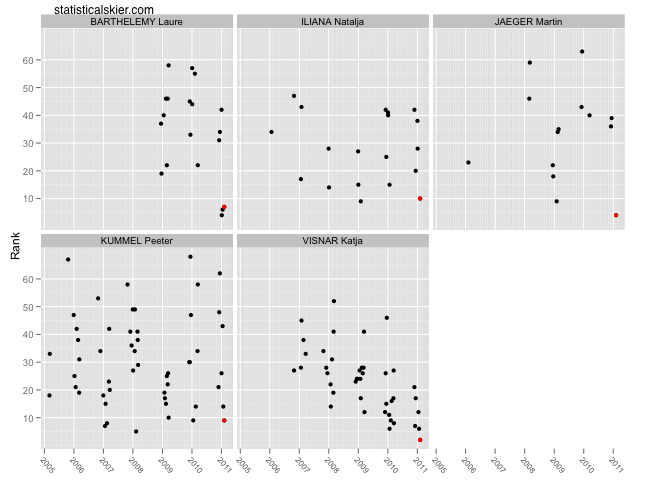 There’s a lot less to say here, since it’s a lot harder to measure sprinting performance in ways that account for the strength of the field. A few things do stand out to me, though.

Martin Jaeger’s race seems genuinely good, even with the weak field. He’s been in the top ten before, but that was two years ago, and it was only once. On the other hand, Peeter Kummel’s result seems somewhat less impressive than at first glance. Unlike Jaeger, he’s had top ten’s before on a fairly regular basis. That’s certainly not a typical result for him, but it’s not unusual for him to pop up in the top 10/15 once or twice a season, is what I’m saying.