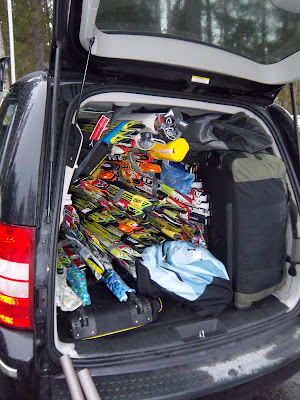 Wad up! We’re in Sweden! Today we said goodbye to Ostersund and left on our trek for Ornskoldsvik. The packing turned out to be quite an ordeal and may have taken longer than the actual car ride. We had to fit eighty-some pairs of skis into the decked out minivan with two DVD players. Too bad there wasn’t room for us; we were stuck in the Minibus. After chugging the rest of the yogurt and fighting over the odds and ends of the bread left in the cabins, we were on our way.

The drive was eventful – we experimented with Buff trends,taught Marion, Hannah, and Cambria how to Tic Tac Toe, fought over the tunes, and toured a Swedish gas station. We were weary of the sandwiches that had been chillaxin there on the shelf all day, but lo and behold, those sandwiches were good stuff! Turns out even Sweden’s sandwiches are classier than ours. Chicken and pesto, and the guy heated them up for us so they were all melty. Yum, yum. Later in the ride we got to meet the Swedish po-pos. Apparently we were driving too slowly on the icy two-lane highway, and after riding our bumper, the Po Po made the move to pass not one, not two, but all three of our vehicles. He didn’t care about the terrain, he didn’t care about the speed, he didn’t even care about oncoming traffic. He was going to pass us, and pass us he did. 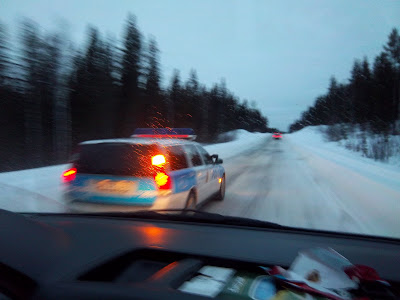 We knew we had arrived as we drove into Ornskoldsvik. This city is hoppin. Everything is lit up, even the ski jump that curves underneath a highway for landing. We were pumped about the hotel until we opened the doors to our three-person rooms. There was one European twin bed (2/3s a normal twin) and a couch. “Are you for real?” we thought. But yet again, Sweden surprised us. They pack a lot of room into these little rooms! There are two beds in the couch and secret drawers in the bench. Our towels are even nice and warm because they are hanging on fancy hot-water pipes. Although Sweden has everything, Dylan says they are lacking one thing, but if you want to figure out what that is, you’ll have to visit the pool. 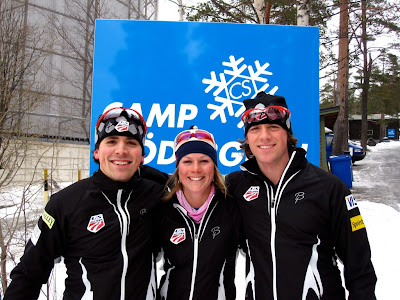 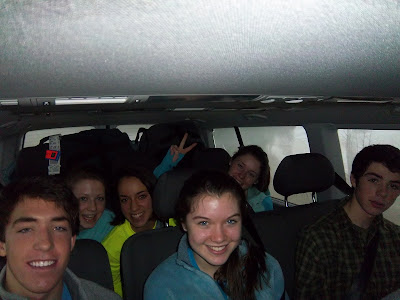 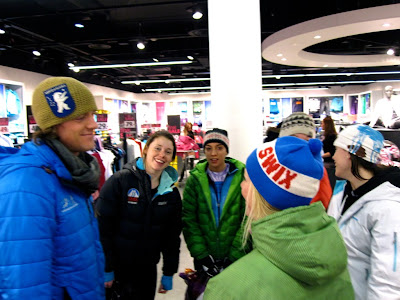 We check out the race trails tomorrow!

WJC/U23 Assessment USA and CAN