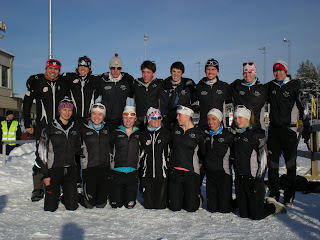 Today was the last stage of our three-day race series in Örnsköldsvik; the relay. Needless to say, we were all psyched to get our game faces on and show those Europeans our best. It was a great day. The USA women all had great races with Marion, Cambria and Annie coming in 6th and Hannah, Sharmila and Stella soon after in 7th. But the story of the day was our USA-1 men’s team. The race kicked off with Logan scrambling, he got off to a rough start but hung in there and slowly got to the front… As he came into the stadium he was in first place, right in front of a massive Norwegian. He tagged off to Paddy who again mixed it up with the very best J1s in the world and hung right in there with the Finnish and Norwegian number one teams, tagging off to Forrest. Forrest kept USA in third until he broke a pole in the last kilometer, but hung in there and brought in the USA men in fourth place. It was probably the most exciting race I’ve ever seen and a really amazing way for us all to end the series! -Cam

The athletes all really took it to the next level today. Some of the best skiing I have seen in recent or distant memory. Us coaches were still waxing for most of the girls race, but I was really impressed with how these girls kept contact with the front Norwegian and Swedish teams throughout the race, and while from the outside the results look somewhat typical for these races, they are far from typical. Both our teams beat the Swedish II team, and both Est I and II. Estonia is not messing around here, they are strong skiers, and our girls just beat them straight up. Impressive.
The boys race was even more spectacular- Logan and Dylan scrambled for the Americans, and right off the start on the first hill out of the stadium a Swede fell in the track directly in front of Logan, placing him in dead last at the top of the first hill. By the time I saw him about half a K later, he was in about 6th, in a pack with most of the field except the Norge and Suomi A teams who had a 6 second lead. The next time I saw him, 2k after that, he was in second in a pack with the Norwegians and Fins, about 10 seconds up on the next group of racers. Paddy came around next, looking smooth and strong (as always!) and keeping right on the heels of the Norwegian, except when he kept passing him! Forrest did a stellar job anchoring the team, keeping close contact with the NOR and FIN teams, and eventually joined by the SWE I team. Unfortunately, with 300m to go, Forrest’s pole broke and the fading Finnish skier was able to get back by. A fourth place at these very competitive championships is usually an incredible result, but today it was no mistake that the USA team was in the lead for most of the race, and while still happy with their skiing, it was a bittersweet result for the boys. The USA II team was missing a third leg due to Jack’s accident, but the organizers found us an ambitious club skier to jump in and race with us. He was really excited to race for the stars and bars, and had lots of fun due to the great skiing by Dylan and Peter, skiing tight in a pack of Fins and Swedes. Now we are back in Ostersund, and its way past my bedtime, so I’m going to get a little rest before taking the Alaskans to the airport tomorrow morning. One last note before I sign off- Ostersund is a really cool place if you’re a nordic skier. Tonight Pete and I were filling up a rental car before returning it at a random gas station in town, and these two really fit people walked by me twice on my way in to pay. When I got back out Pete was all excited and said “did you just see Emil Johnsson and Anna Haug??” (they were buying firewood). Then an hour later we went out to dinner at a thai restaurant and shortly after sitting down, world renowned nordic skiing physiology researcher H.C. Holmberg randomly parks his car right outside the window where we were sitting. So we invited him in and he ate with us and chatted about skiing technique and training philosophy for two hours! Pretty cool stuff here.
-Matt 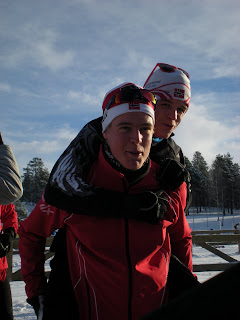 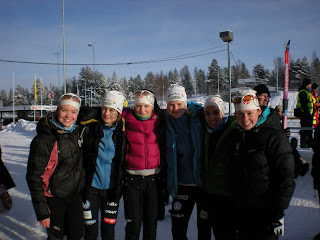 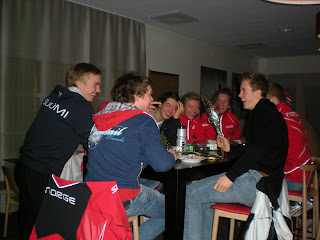 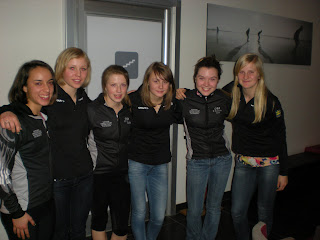 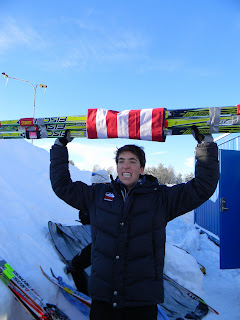 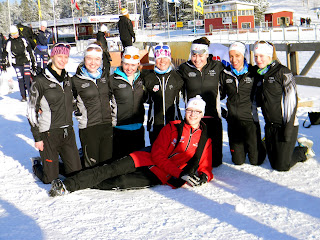 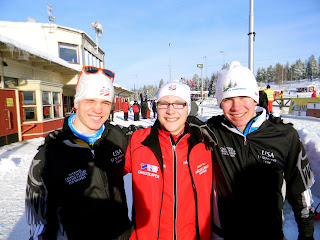 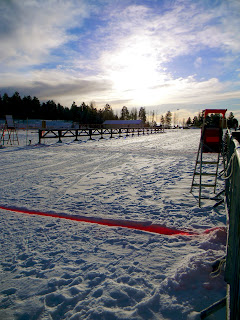 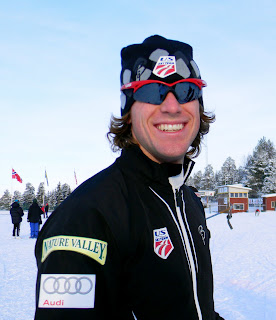 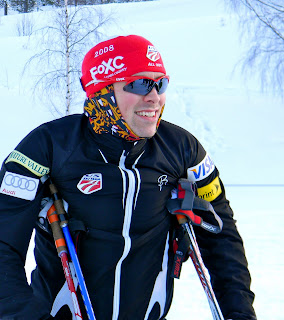 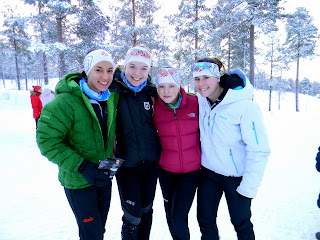 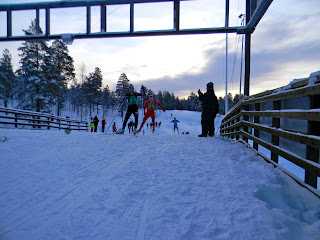 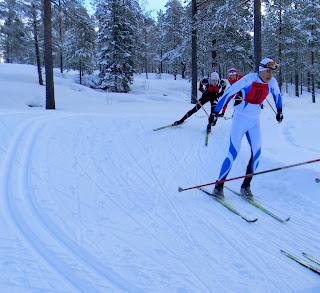 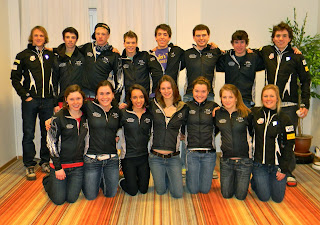 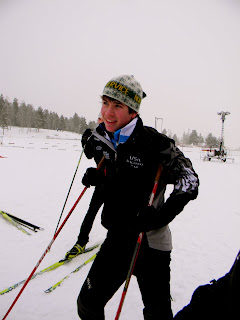 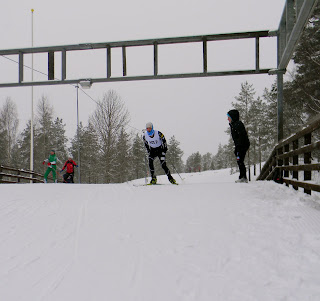 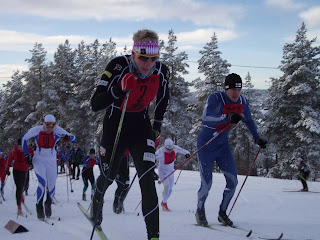 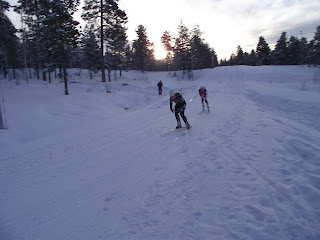 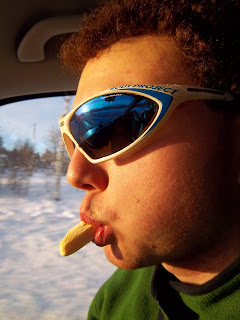 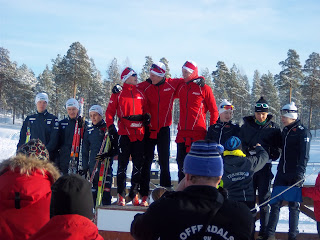 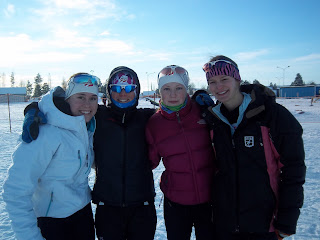 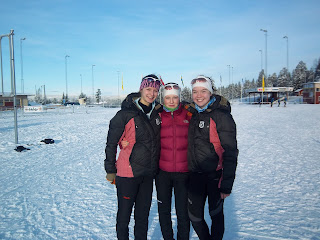 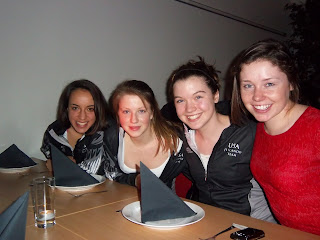 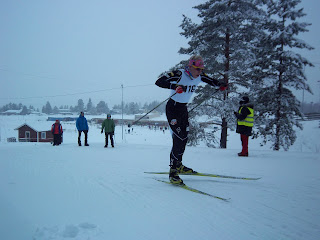