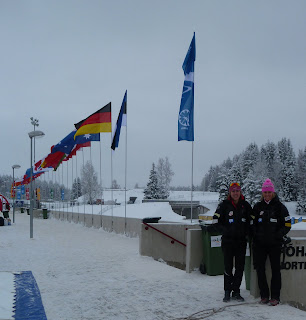 Apologies for this taking so long to get written. World Juniors/U23s is always a super busy week, with races every single day for a week straight. This year I was lucky enough to get to enter all the races- so nice busy schedule for me in Otepaa, Estonia this last week.
The first race of the week was a 10k Skate, which I came away from not super pumped about the result. Between Nationals and U23’s there was a big 3 week break, so I needed a race to start waking the body up and reminding it how to race. Temperatures dropped super low the day of our skate race. When we arrived at the venue it was -20C (-8F), which is colder than the legal limit. Between when we arrived, and 2 hours later somehow it “warmed up enough” to have a legal race- though at points during the race, I was doubting it. Ironically enough, I don’t travel with long underwear. Not sure why- but I am just not used to skiing in it…. which means the night before the race I had to put the search on for some long underwear.!! Thanks to Heather Mooney for saving my legs! 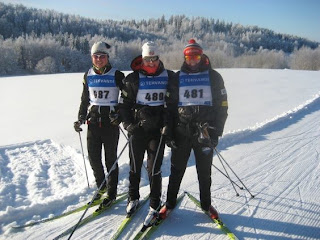 Warming up and warming down in our down jackets 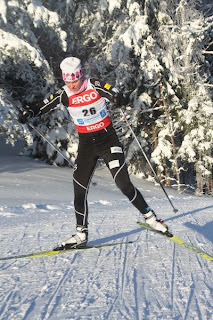 The sprint race was a bit better. The result may not have showed much, but I had a strong qualifier race earlier on in the morning before later entering into the heats. Unfortunately during many of my opportunities to make strong moves in the quarterfinal- I was blocked out, and didn’t get to ski to my full potential. The good news is I know that it is possible to ski with these top girls, so I am pumped for the many more opportunities I have in this next month of racing in Europe. 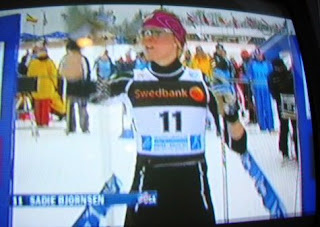 Blowing kisses to the crowd- Jessie took this photo while she was watching me on TV at the hotel. All the races were broadcasted in Euro Sport! 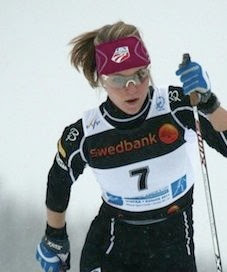 The final race was the 15k pursuit race. I like this race because it takes all my strengths, weaknesses, likes and dislikes and mixes it into a racing stew- which could go any direction. One thing continues to hold true for every pursuit I have entered. More times than not I have a strong classic leg, skiing it like its the only section of the race- and then during the skate leg I hold on for dear life. This year, I held 14th place for the entire race before the final climb, when a train of europeans came charging from behind. Unfortunately, I just didn’t have the juice left in the tank to hold onto these girls as I sprinted all the way to the finish, coming in only 2 seconds off the pack- with a final place of 17th. Finally I was pleased with one of my races- as I felt like I skid that race as well as I could that day. 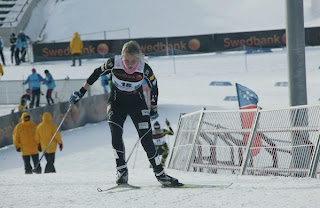 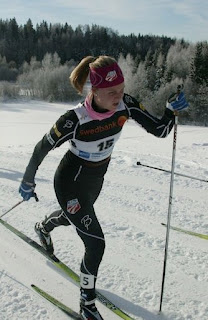 classic leg
As usual, I came away from U23’s not quite reaching my expectations- but in the many years I have raced over here in Europe, I have figured something out. You can’t expect to come to Europe, and enter three races, and have the best races of the year. Quality comes with quantity over here. In order to race among these girls- it is important to have persistence. Each race I enter, the more comfortable I feel, and the stronger I get. Just as my season started on the domestic circuit- the best way for me to reach my potential is to race into the races.
From here I take a week altitude training block in France before I head to Beitistolin for some FIS races, then Drammen for my first World Cup starts, and then soon after World Champs will begin. Lots more racing and lots more fun ahead of me.!
Thanks to the coaches and wax techs for making it possible to have a great week of racing. You guys rock!! 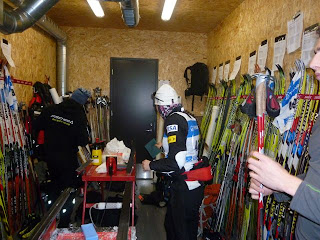 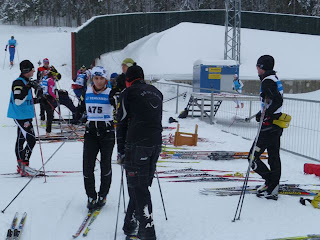 Ski testing on the non-race days with the coaches
Thanks to Nat Hertz for many of these skiing photos- and for keeping the US updated so well on fasterskier!!!