Continuing on in the vein of my post yesterday recapping the WJC and U23 results for the last several years for the US and Canada, this post will do the same for Norway and Russia. As before, I’m plotting the finishing rank, or place, of each skier and then tracking the median result in red. So “how far behind the leader” information is being lost here, but I feel like a lot of the discussion that happens surrounding WJC/U23 results tends to revolve around what place people finished. 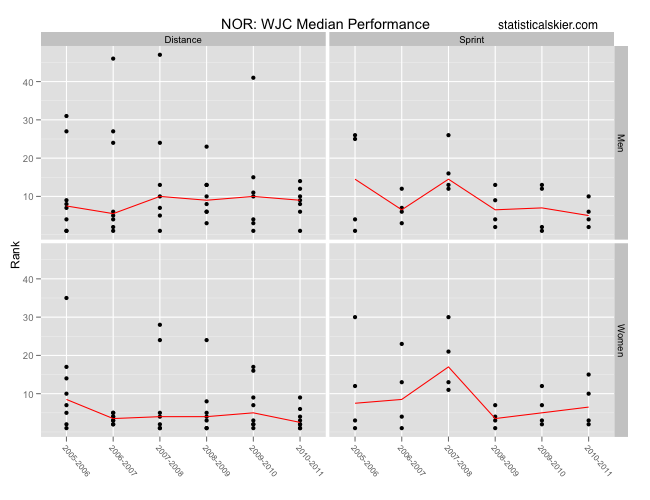 Not surprisingly, pretty darn good, at least to my jaded American eyes. Some picky Norwegians may note that while the median men’s distance performance remained roughly the same as last year, they saw fewer top fives. As I noted before the competitions started, the Norwegian junior women have been doing very well in the distance events, with occasional results outside the top 15 or 20, but only occasionally. Interestingly, both the junior men and women from Norway had a bit of an off year (for them) in sprinting in 2007-2008. 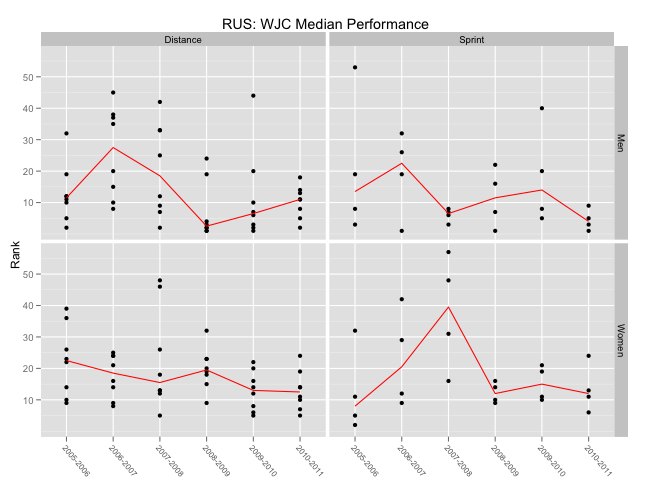 After a fairly dominant performance in the distance events by the Russian junior men in 2008-2009, they’ve returned of late to just plain very good. After several years of fairly wide ranging sprint results by the Russian junior women, they’ve returned their median performance down to near 10th, and somewhat eliminated the occasional outlying poor result. 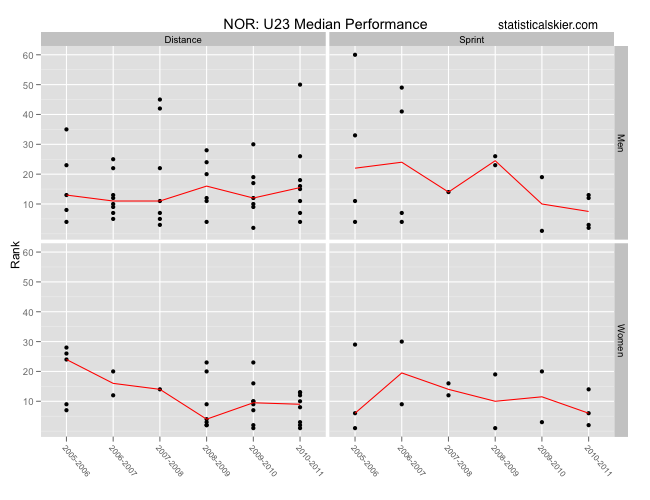 Tracking the median for the U23 competitions can get a bit silly, as you can see, since these competitions can have smaller contingents from each country, resulting in somewhat less data, particularly on sprinting side of things. So I’m not going to comment much on these; you’re on your own drawing conclusions from these! 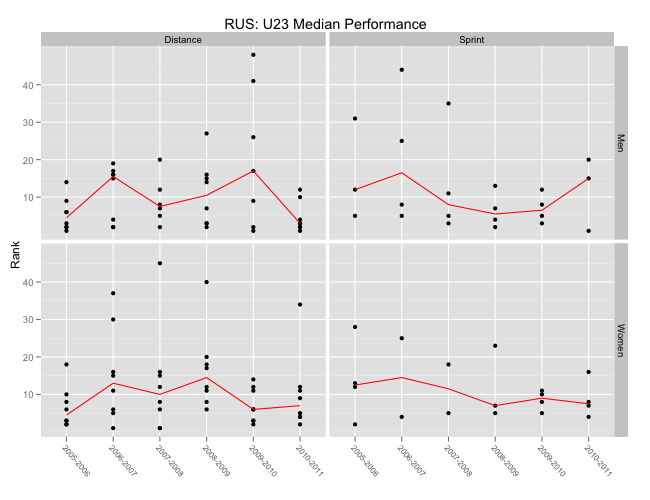 Ok, I’ll make an exception: the Russian U23 men really nailed the distance races this year. There, now I’m done.

The Return of the King