Yesterday was the first day of World Champs here in Oslo, which was the skate sprint. I am still in shock from the whole series of events that took place… I think it is still sinking in. 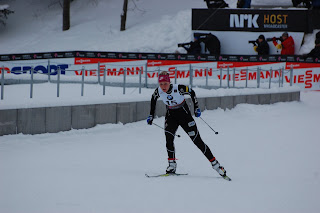 All the events here are being run mid-afternoon, so it leaves a nice long morning to sleep in, relax, watch some Glee, and shake some nerves before heading up to the venue. Going into these events has been really nice for me, because I have had the goal of simply soaking it in. Being my first world cup last weekend, and my first World Champs this week- I am living the full experience… just feeling the water out. This leaves little pressure- allowing me to ski my own races depending on where my head is the given day. It has been soooo fun! 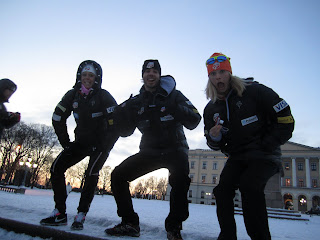 Lars, Jessie and I in front of the kings castle downtown Oslo

Thursday night we had opening ceremonies downtown, which was lots of fun. Oslo is a very impressive city, with all the old, beautiful buildings. In my short time downtown Oslo earlier this month… where I managed to get myself super lost, I somehow missed all the cool things. So, this time I knew what I was looking for- mainly the kings castle. As we arrived downtown there were hundreds of school children, nearly 30 for each country participating in the Championships. Our kids were super fired up about the US and they had amazing english- so we had lots of fun predicting who was going to win all the races this week! I was impressed how many people lined the streets to watch us march through…. little did I know what was coming. 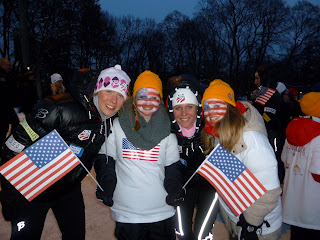 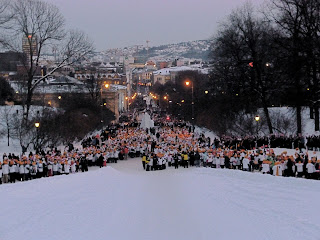 Yesterday was a whole new meaning of cheering and crowds. As I arrived at the venue, I tried to stay calm and avoid the large crowds…. but when it came down to warming up- there was no more avoiding it- no more hiding. As I skid around the 1.4km course time after time- I found myself skiing faster and faster. With such a hilly course, I would normally walk the hills for the first 20 minutes… but it was IMPOSSIBLE! I felt like the thousands of people in bleachers and lining the course were sitting watching me. There wasn’t more then 50 skiers on the course… so I felt like I had the telescope on me. It was simply intimidating! Not to mention, if you happened to be skiing near a norwegian- the crowd would go wild…. even when we were just warming up!! 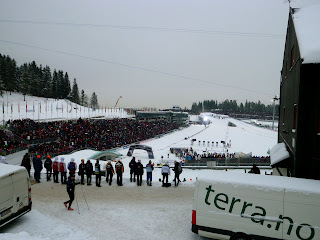 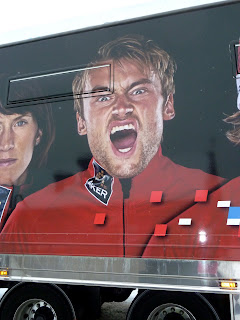 Petter Northug getting his cheer on for the USA

When it came down to race time- I was ready to go. Having a crowd like that cheering so loud makes is awesome. It makes you feel like you can’t let up- because the spectators sure as hell were not going to let up!!! The qualifier went sweet for North America. We managed to qualify 3 canadians, and 3 americans- so we were super fired up. After a short break, it was off to the heats. Having never started heats in world cup- I was more excited then nervous. I simply had no idea what to expect. All I knew was I was starting with the infamous Kowalczyk as well as the girl that had gotten second in the World Cup last weekend… so I had my work cut out for me. As they introduced each of us one at a time at the line, it all hit me. I think if I would have had a few more seconds to wait there.. I may have shed a tear. But, before I knew it the gun was fired and we were off. Having a good start, I hit the corner right in with the lead pack… stepping in right in front of Kowalczyk. (which was my claim to fame for the day-maybe even for the next year). For the next three minutes it was a blur… I just went with it. Accelerated when they did, and tucking in behind when they did. Not surprisingly, when we neared the end I wasn’t quite able to hold on to the lead pack- and crossed the line in 5th.. putting me in 24th for the day. More then the result I was blown away by the experience. It was simply unbelievable to see what “Norwegian Spirit” does to a race! It turns it into the Superbowl of Nordic Skiing. Just incredible! 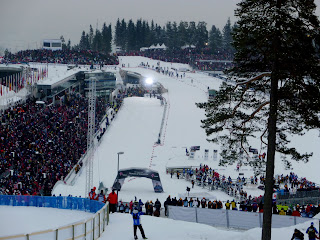 Looking over the stadium from the wax cabins 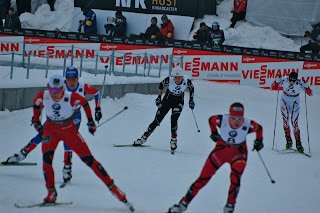 Nearing the end of my quarter-finals

Unfortunately Kikkan fell during the quarterfinals, wrecking her chance for the gold- but I think every person out there knows she would have been a true threat. It was incredible to watch her true sport shine through as she brushed it off and continued to say “it happens”. Kikkan has never ceased to impressed me since the minute I joined APU 8 months ago! It has been incredibly fun for me to watch her win world cups first person. Not only because it is incredible to watch- but because she has proved it to me that champions are human. I have always looked at the norwegians and believed they must be from another planet…. they must be doing rocket science. But Kikkan has proved to me that its humanly possible. I train with her day in and day out- and she is not performing rocket science. She is simply working her ass off, and has been for years now. So as sad as it was to see her fall, she still is one of the fastest sprinters in the world. 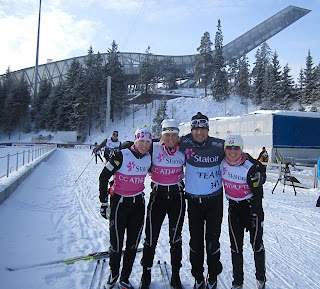 So with a strong start- the US is pumped for the many more races to come. 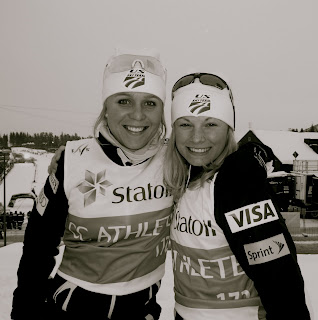 My next race will be Monday, which is the 10km classic. In the meantime, it is the womans pursuit race tomorrow, and the mens pursuit on sunday. 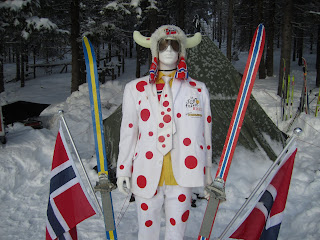 One of the camps out on the distance course