These previews will be very general and quick, basically just charting the overall performance of the major nations in championship events (Olympics and World Championships) over time. We’ll start with the men’s distance events: 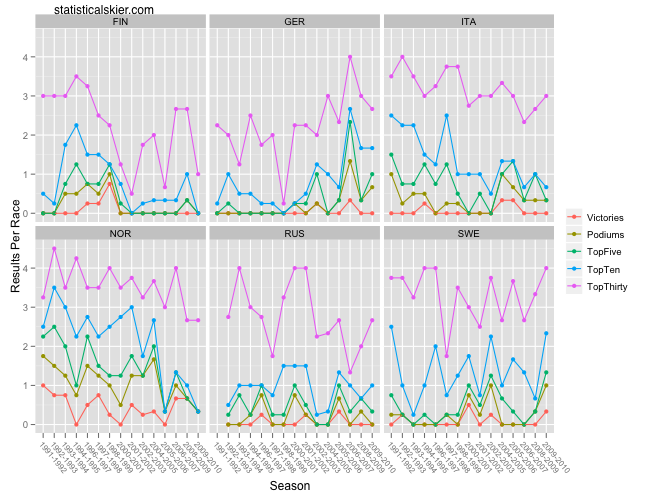 The measurement here is “results per race”, so for instance the Norwegian men averaged 1 Gold medal per race in the Albertville Olympics (yes, that’s all of them!).

You can see the slow, bumpy decline in top thirty performances for the Norwegian men over time, and the dramatic drop in top ten results recently. The Finns naturally had a major decline in 2002 and haven’t really recovered fully since then. The German men of course were quite the powerhouse culminating in a very strong showing in the 2007 World Champs. But of course they’ve seen some retirements and several others just aren’t skiing that fast anymore. The Italians have also seen a slow decline, generally.

Here’s the same graph for the women: 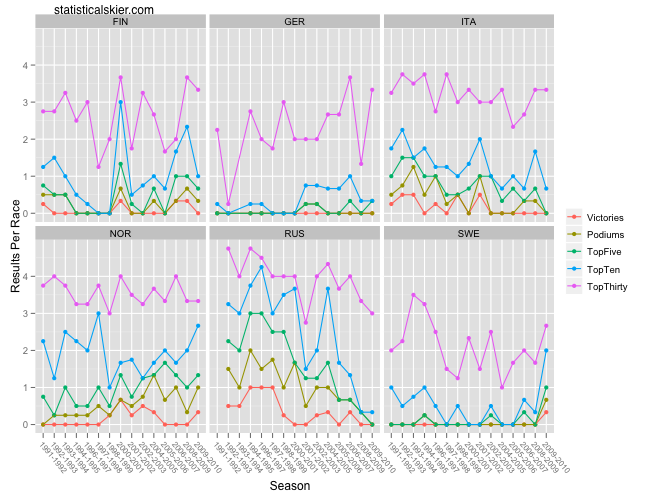 There’s the, um, interesting spike in 2001 for the Finnish women, and of course the gradual decline of the Russian women is fairly obvious. Then there’s the dramatic uptick for the Swedish women thanks to Charlotte Kalla’s performance at the Olympics last year.