It has been great to be Russia during the Nordic World Championships with easy access to full race coverage in Oslo on Eurosport. Here’s an aerial shot of the cheering crowds lining the course and filling the forest during the Men’s 50km: 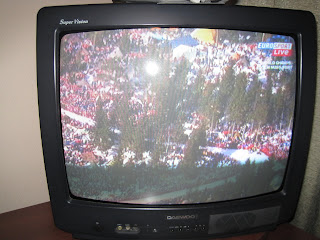 Advertisement and promotion of World Champs in Norway play heavily on the origins of skiing in Scandinavia and the birth rite of Norway. But, skiing here in Siberia offers a different vantage point of the origin of skiing outside of Scandinavia. Khanty-Mansiysk is named for the native tribes that inhabited this region. In such a cold, snowy northern climate, skiing is an natural part of the area’s heritage.

I have not learned enough to extensively write about skiing in Siberia, so instead, here’s an alternative example. At the end of Warren Miller’s recent film, Dynasty, there is a moving and thrilling 7 minute story about skiing in Mongolia. Check out a personal account of this trek from freeskier Austin Ross’s website. Or watch the movie. 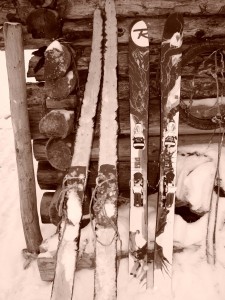 ….Является самым распространённым из славянских языков и самым….
Just copied this sentence, no idea what it means. So much of Russia is unfamiliar and isolated. Yesterday was an off day and a chance to learn a little bit more about this place. 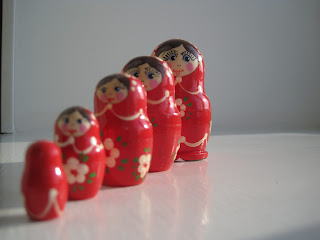 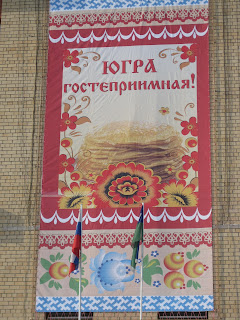 Pancakes. The Russian bliny served with sour cream, sweetened cranberries, honey and jam. And for the unfortunate one, sometimes stuffed with fish or meat.
All these photos are from a walk from our hotel and venue to town and back. Nothing in particular was spectacular, but all together it gives a better sense of this far off Siberian city. 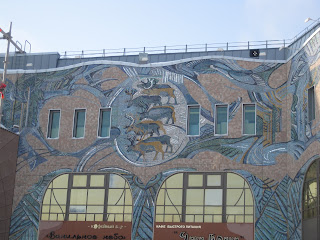 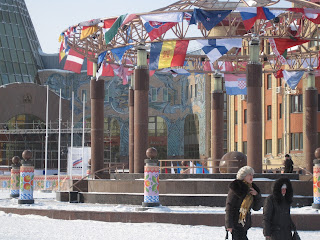 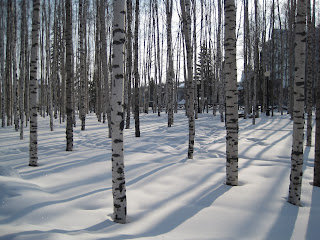 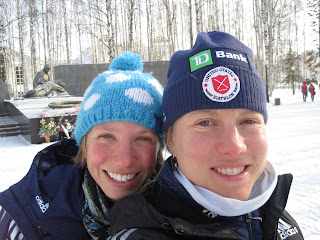 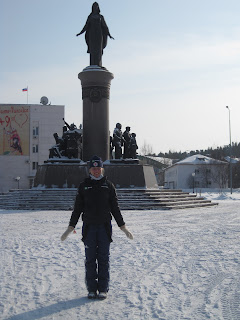 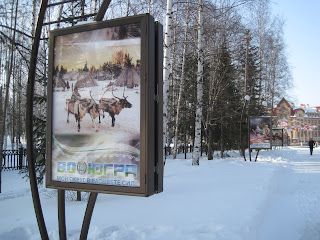 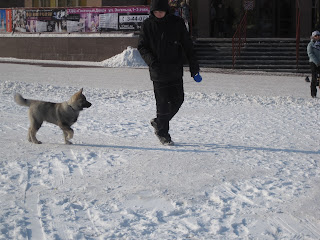 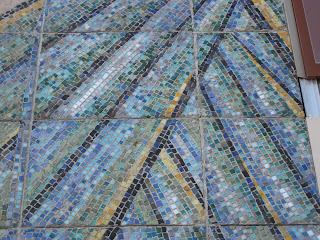 Armin and Annelies, and a view of the Siberian taiga beyond the city center. 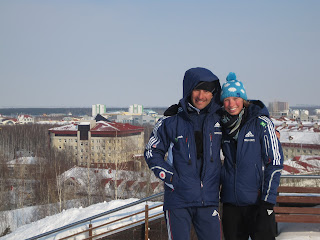 On our walk through town kids played in nearly every snowbank. 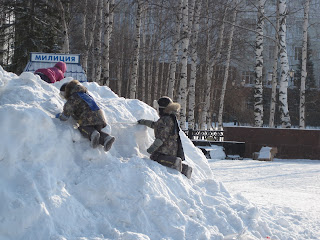 Our staff: Jonne, Bernd, Per, Alios, and Armin. 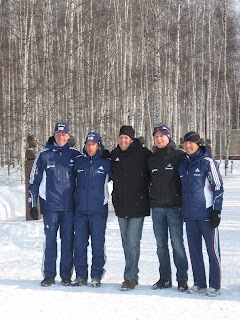 In front of the Russian Orthodox Church. 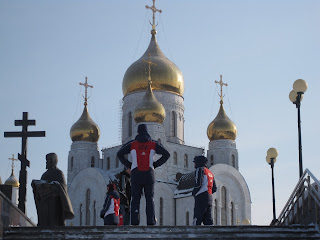 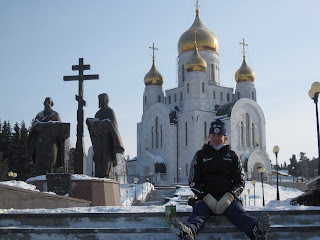 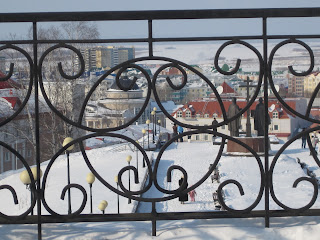 This is what the city of Khanty-Mansiysk looked like before recent modern improvements, and still does once outside of the city center when you look beyond the green corrugated fences and down the small side streets: 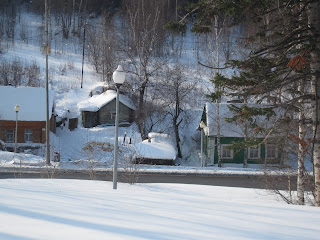 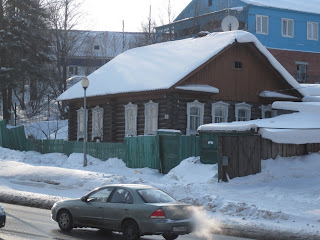 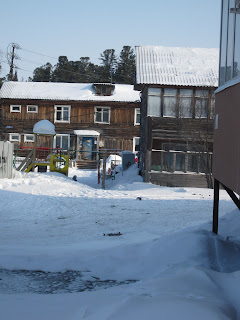 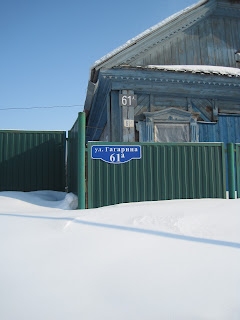 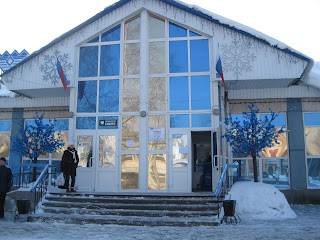 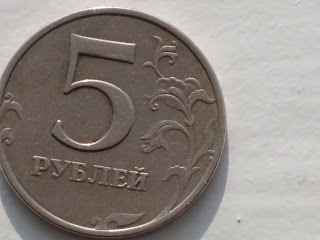 And once again, the ubiquitous fur hat. 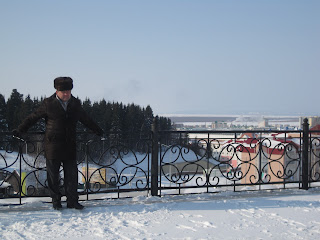