h a l e y j o h n s o nMarch 11, 2011
With three days in between our Individual race and the Women’s Relay, I knew I needed to have a day to mentally re-charge, take a break from the range and normal routine in order to be fresh and excited about training and the final competition of World Champs. I’m back to the training plan today and am truly look forward to getting back out there after the Individual race. I felt much better skiing, so I know I continue to move on the right track even as the season comes to a close. Shooting still eludes me, but today is another day. Despite my challenges in biathlon, there is always another chance – another shooting stage, another loop, another race, another year.
Yesterday I took the time to get back into town to see the Nature and Man museum in the morning and spent the afternoon classic skiing on a bunch of side trails off the race loops. Annelies and I joined up with the Canadian team to check out a museum that you could spend hours in trying to decipher the history of the Yugra region in order to gain a better understanding of life in Siberia beyond the snow, cold and sterile stone buildings of Khanty-Mansiysk. Siberia is perhaps one of the most interesting place skiing has taken me.
Their prize Siberian fossils are woolly mammoths. 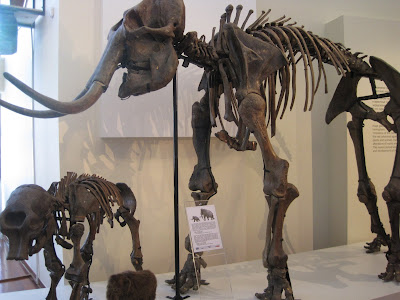 Did you know woolly rhinoceras even existed? 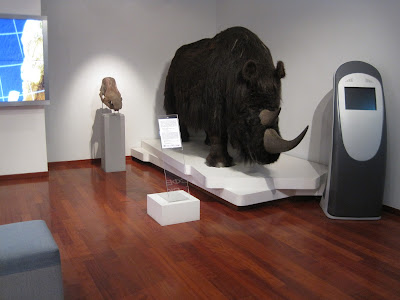 Typical native garb for a child. They look like small animals and their clothes are decorated with beads and colored cloth to ward off evil spirits. This children’s display was the introduction into the incredible and mysterious arctic culture. Their creative dress and pagan rituals give a lot of color and spirit to this otherwise seemingly harsh and cold region. 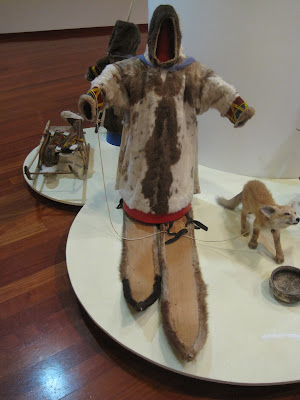 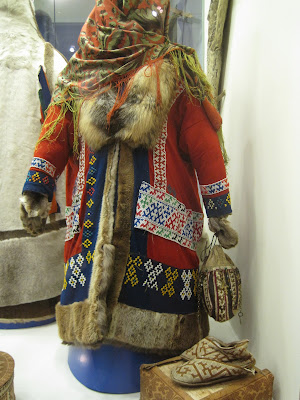 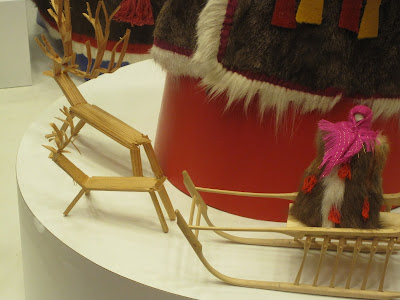 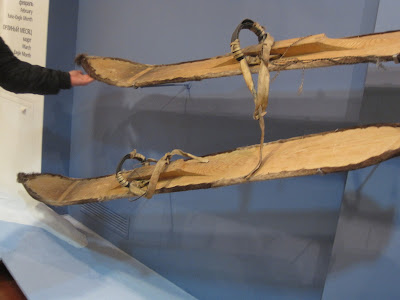 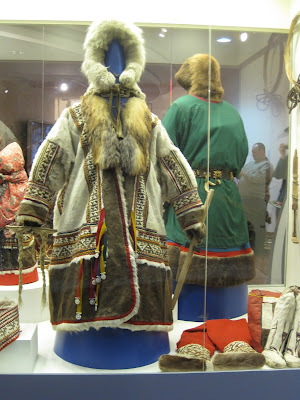 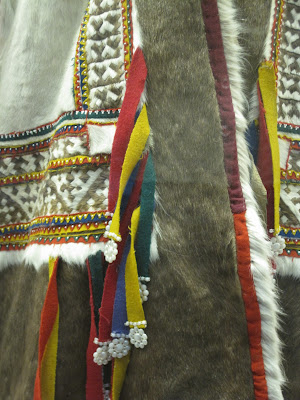 In the matter of an hour or so our tour guide led us through the people, customs, traditions and history of the region. Nothing unusual for a museum – artifacts, replications, old photos, etc. But one artifact stood out as a stark reminder of different this location in the world is compared to any other place I’ve been. Below is a map from the 1701 Chart Book of Siberia. 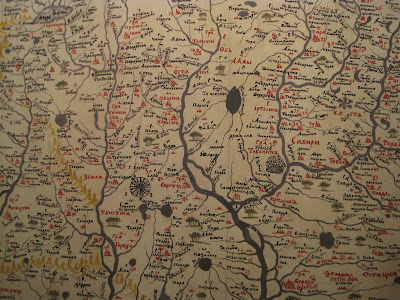 It looks like an ordinary map until it was explained that the orientation is opposite than what we might think. The Moscow and Ural Mountains looked like they were on the “wrong” side. Maps at this time and place were drawn in orientation from the North Pole looking down to Russia. The west was now on the right, the east on the left, the north on the bottom and the south on the top.
Display rooms of the native Siberian tribes quickly transitioned into rooms of a more recent past. During the Russian Revolution the Ob river valley was increasingly populated by political exiles. The Ob river valley is a confluence of many large and small rivers, as the map above, illustrates. These rivers also brought together many different peoples, often fatally, as the region was established and populated over the last century. 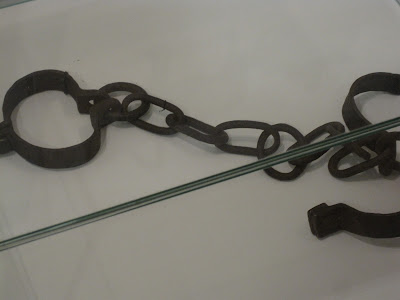 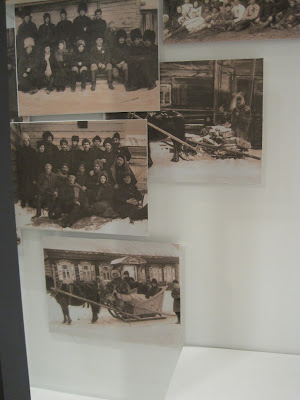 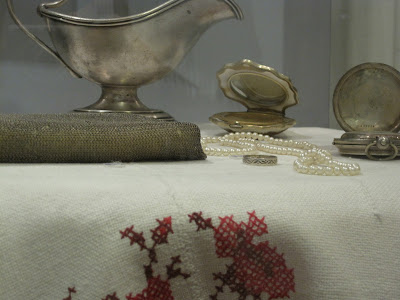 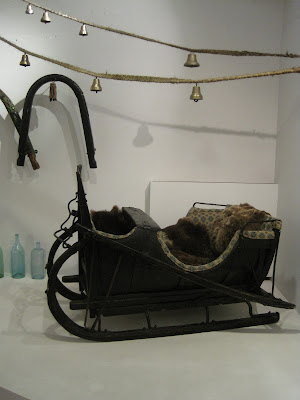 A few decades ago oil became the dominate natural resource. 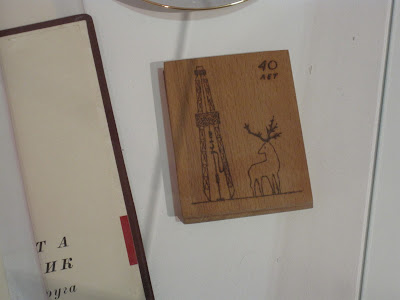 The museum also had a special biathlon exhibit for World Champs. 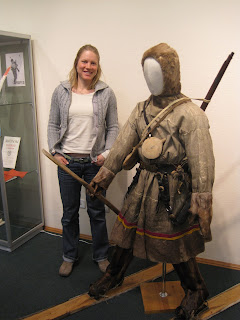 Zina Kocher, of Canada, Annelies and I and the endless sites to see in Khanty. 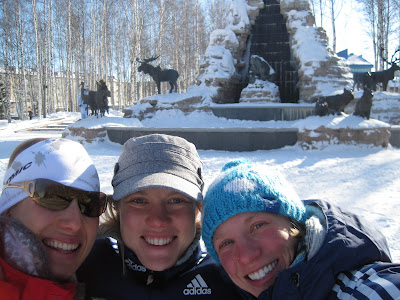 On the walk back to the hotel shuttle – the following contrasts seem to speak for themselves. 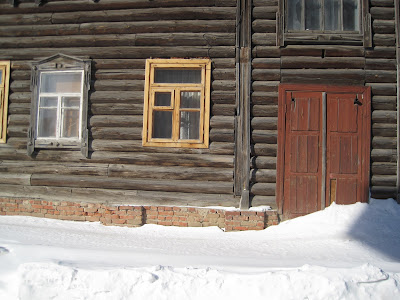 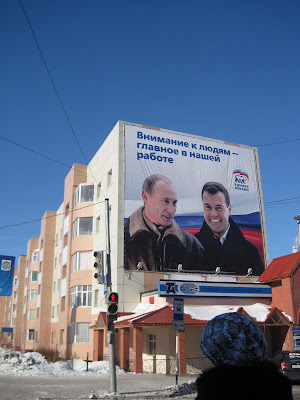 And now its back to training. The Men’s Relay is tonight!
6:30pm local time 8:30am EST
www.biathlonworld.com