As always, the sprint heat times are thanks to Jan at WorldOfXC.com. I was travelling yesterday, so not only did I not watch these races, I haven’t even really read about them yet either. So this will be an interesting guessing game for me, to see how much I can infer from just the the heat times. First up the men: 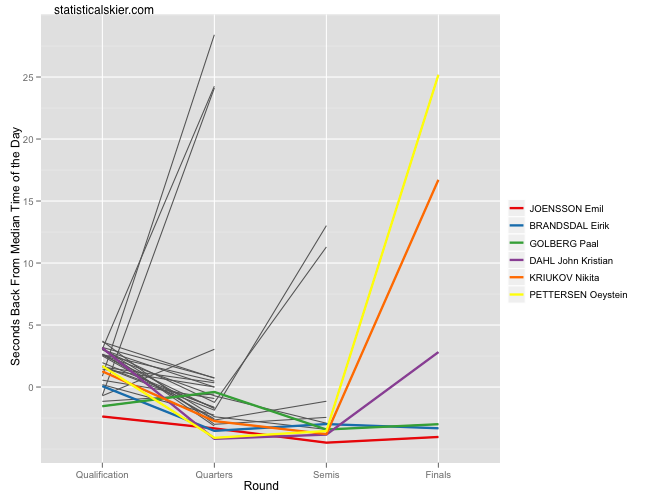 That’s a different trend than we typically see for the men, with the heat times becoming gradually faster as the day went on. Emil Jönsson seemed to be skiing fast all day long. Something unusual must have happened to Kriukov and Modin (I’ll try to fix the graph later) in the final. Looks like there were 2-3 crashes in the quarters and then some more again in the semis. Seems weird for a classic sprint.

Not much of a difference in the two semifinals: 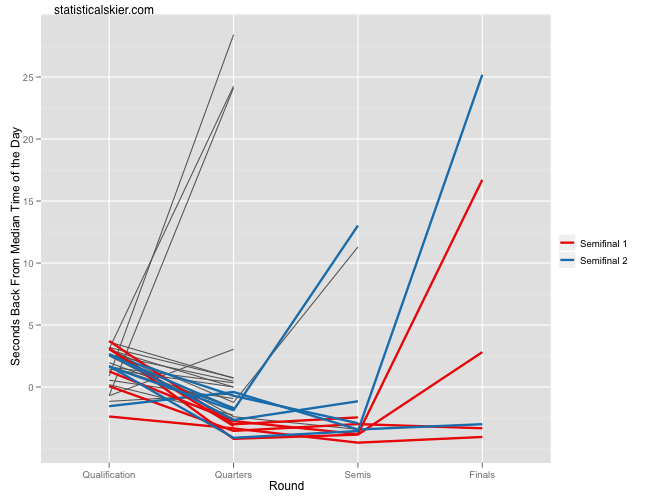 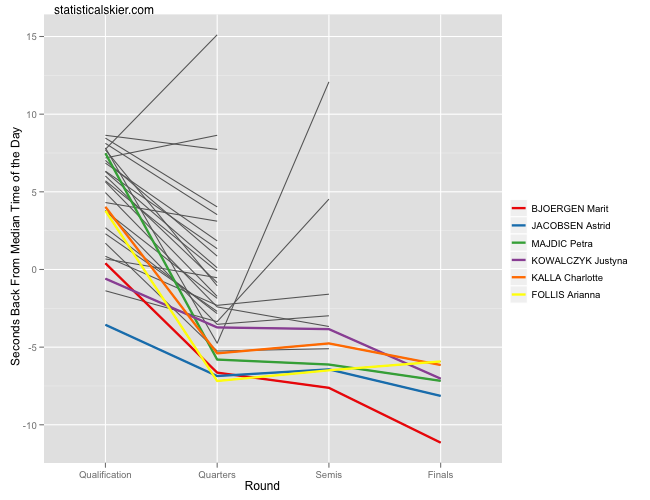 This pattern of faster times with each round is fairly standard for the women. It looks like there was just one potential crash-like incident in the semis. Bjørgen skied the fastest heat of the day in the final, so how’s that for fitness? Unlike the men, there seemed to be a bit of a split between the women’s semis yesterday: 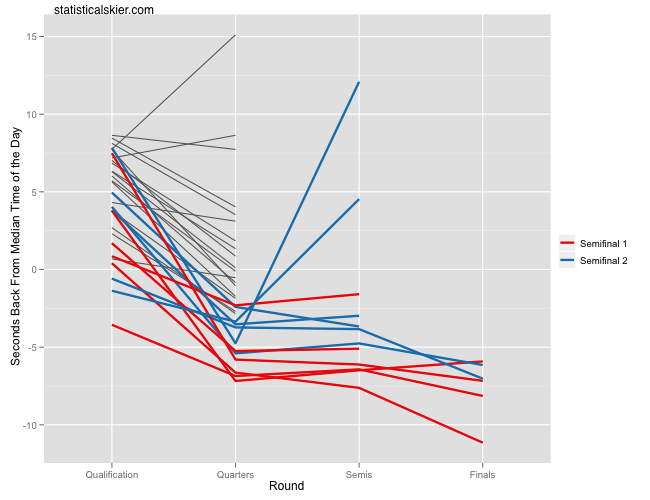 Not only were Semifinal 1 skiers faster in the semis, but they were faster in the quarters, too. Not sure what to make of that, except that random stuff does happen from time to time.

And The Most Improbable Comeback Award Goes To… The German Women