Crust cruising is one of my favorite kinds of skiing.  Crisp, early morning temperatures allow you to cruise on top of the crust.  Then the rising sun creates warmer temps and t-shirt skiing.  Yesterday, we celebrated what would be Wayne Fish’s 62nd birthday with a quintessential spring ski into the Porcupine State Park in Michigan’s Upper Peninsula.  Bryan Fish organized the ski at Wayne’s request to keep the 15+ year tradition alive after Wayne passed away only a month ago.  There was a great turnout for the 60km crust cruise into the park on a combination of ski trail, snowmobile trail, beaver dams, and stairs to the top of the lookout over Lake Superior.  Everyone came prepared and the ski went off without a hitch, except for the fact that Bryan forgot his Dad’s remains, meant to be spread during the ski.  “Oh well,” Bryan said, “guess we’ll have to come back again next year!” 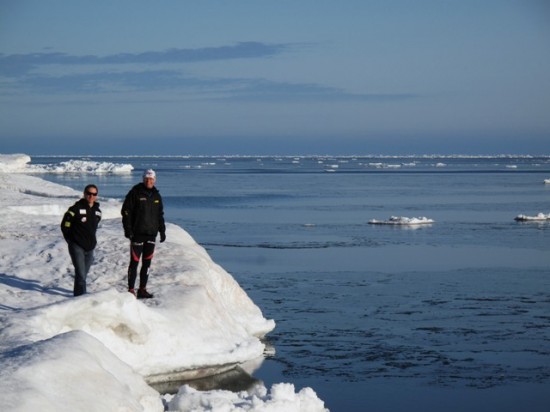 Bryan, Bill, and I left Hayward early in the morning while the full moon was still illuminating the sky.  We arrived in the Porkies a little early and had a chance to check out the ice flows on Lake Superior. 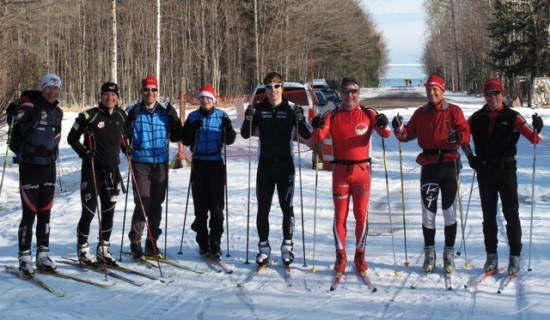 The crew came from all corners of Wisconsin, Michigan, and Minnesota.  Here, Bill, Bryan, Tom, Dan, Phil, Paul, Mark, and Jon get ready for the 60km adventure ahead of them to ski to the high point of Porcupine State Park. 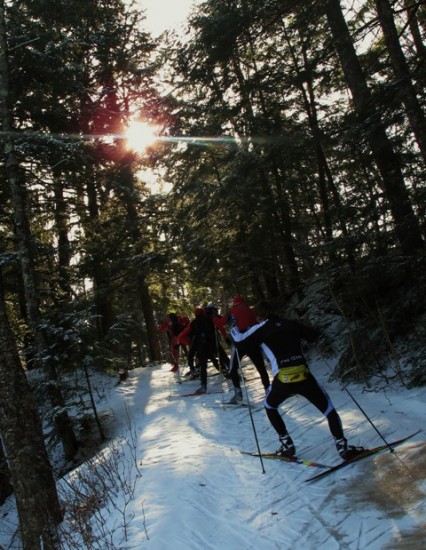 Although some sections were a little bare, we the sun was shining and the trail was faster than anyone anticipated. 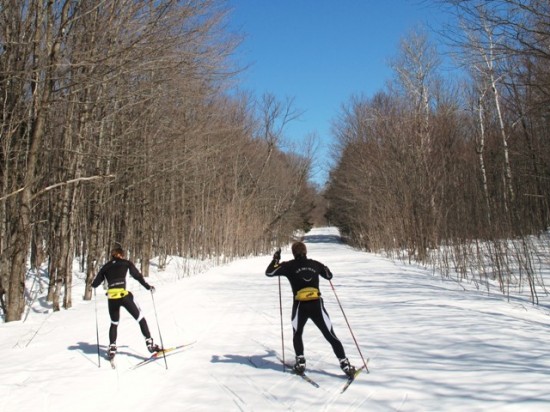 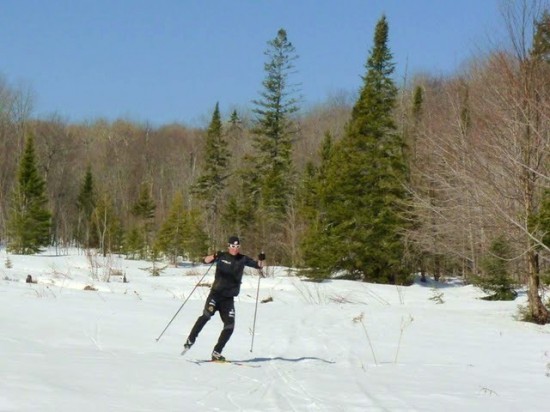 The crust skiing over the beaver dams was awesome and we used each dip in the snow to milk as much speed as possible out of the terrain. 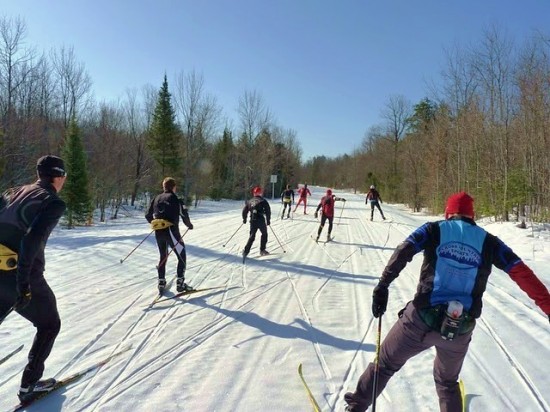 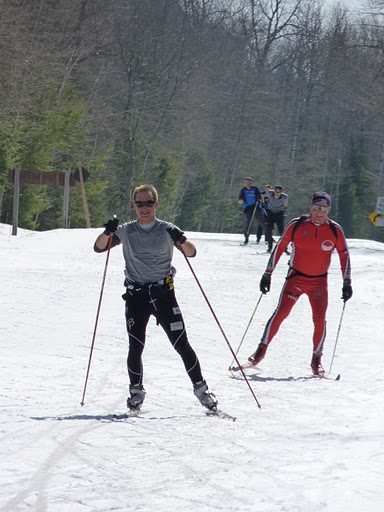 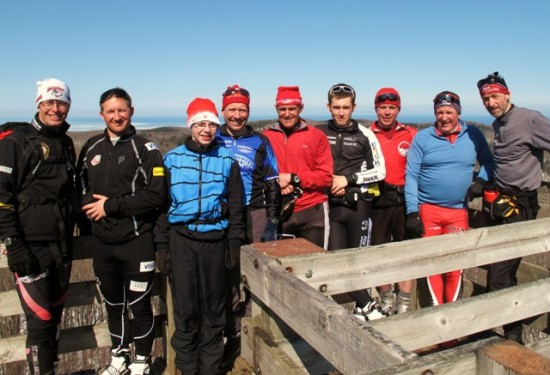 At the summit, we enjoyed a spectacular view of Lake Superior and a moment of silence in memory of Wayne. 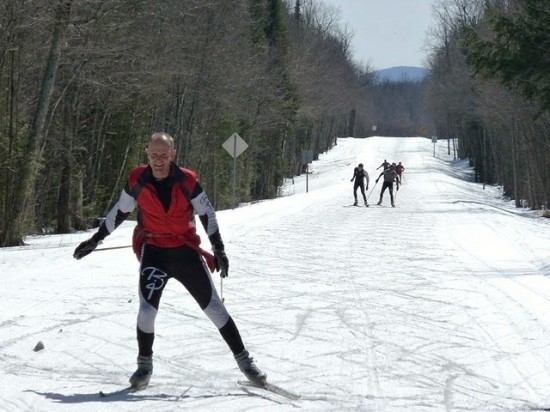 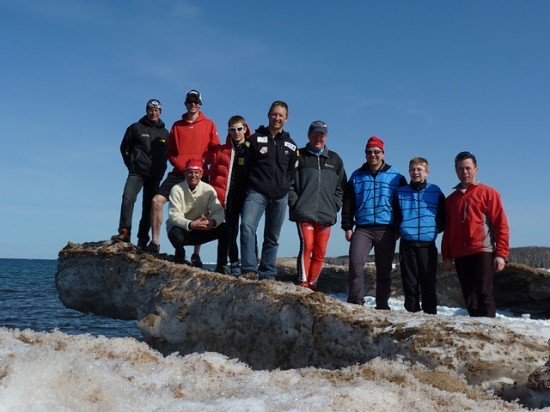 We ended the ski at Lake Superior and played out on the ice drifts.  What  a day. 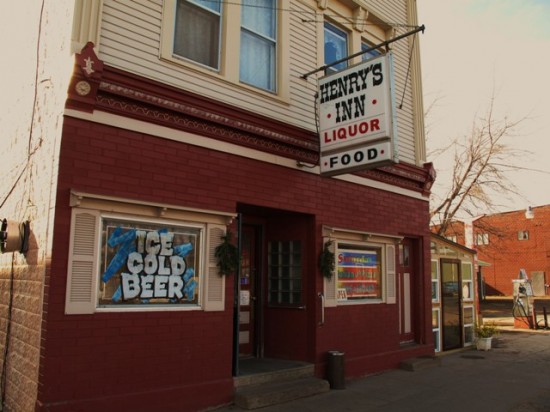 Of course, after skiing all day, we had to refuel at Henry’s Inn in Rockland, Michigan for their Allll-You-Can-Eat Saturday evening buffet.  This was my second trip to Henry’s.  This time, I was a little smarter than the first and paced myself through the buffet to avoid what our waitress dubbed: “The Henry’s Hurt.” 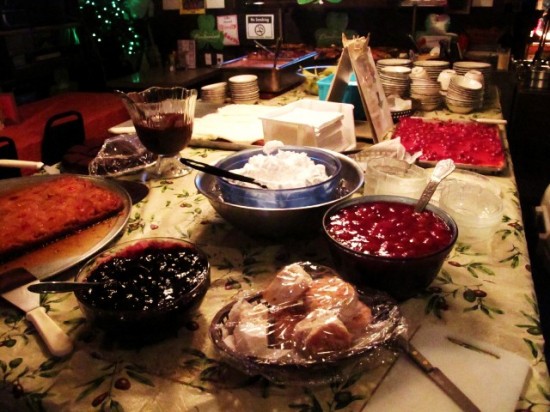 Like any good buffet, Henry’s places a much greater emphasis on their dessert selection than their entrées. 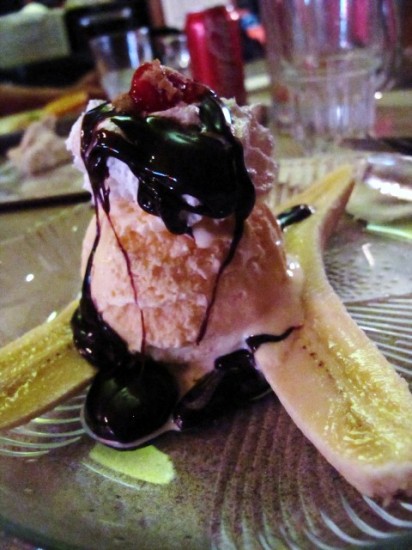 I opted for a banana split, with a cherry on top, to cap off a memorable day of skiing.  Thanks to Bryan for organizing and to Wayne for starting the Porkies ski tradition and some great memories. 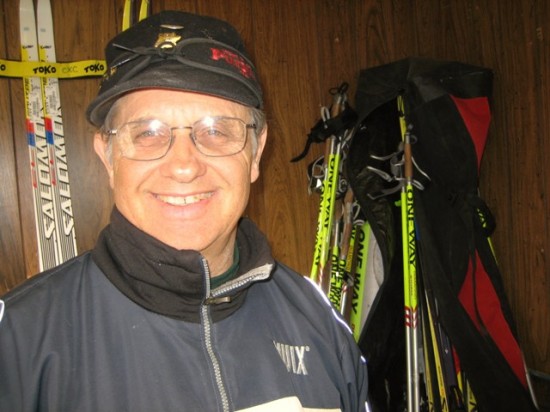