So how did the North Americans do at World Biathlon Championships this year? There definitely some strong results, but here’s some context: 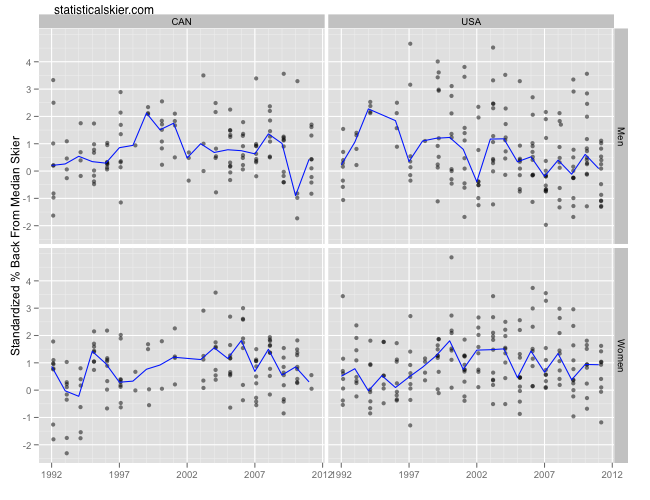 These are the Canadian and American biathlon performances at WBCs and OWGs measured by standardized percent behind the median skier. The blue line tracks the median over time. The Canadian men had some very impressive performances on their home soil last year at the Olympics, but that was fairly unusual and things mostly returned to normal this year.

The US men have sort of been up and down, at least judging by their median performance. However, we should note that they had 4 results better than 1 standard deviation away from the mean this year, the most they’ve ever had in a single championship.

As for shooting, it occurred to me that since the conditions were so windy for some of these races that it might be more instructive to look at a relative measure of shooting: 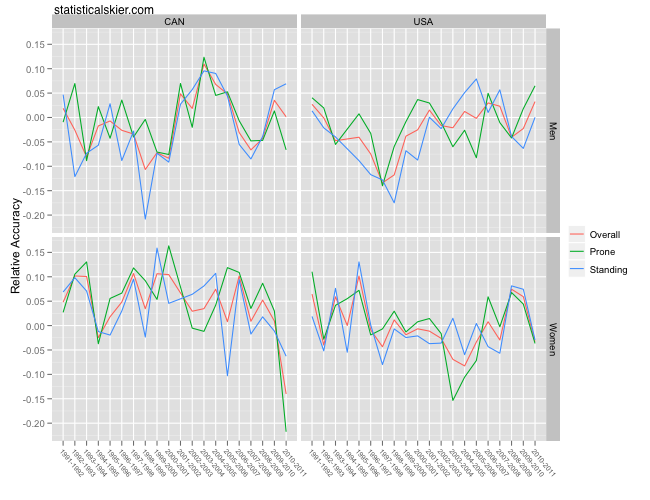 Zero here is the average shooting accuracy across all nations at that year’s championship. The first thing to note is that there weren’t a lot of Canadian women racing, so the sample size for them is quite small. A lot of the American women are quite young this year so that might explain the drop in shooting, although they may have just had some off days. The American men shot somewhat better, though, despite Tim Burke’s shooting struggles this season.

Congratulations to Andy and Looking Ahead