There were loads of problems with the heat times for this race, so I only have partial data. The men’s times were totally messed up and unusable, so I’ll only have graphs for the women. Here are the women’s finalists: 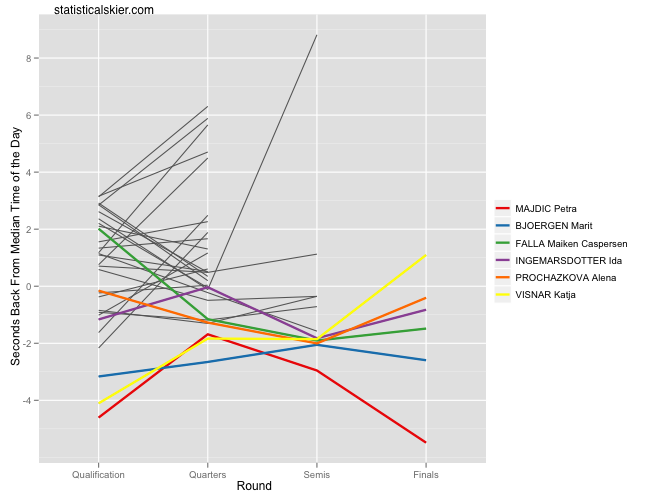 I actually made up a time for Visnar’s final round heat, since the live timing data had dropped it entirely. I actually don’t know how far back she was in the final, but I wanted to have a line for her and that was the quickest way to make it happen. I do feel a little dirty.

Interestingly, it appeared that a lot of folks skied slower in the quarterfinals than in qualification, which isn’t normally the case for the women. However, the overall trend fit the pattern with the top women skiing generally faster as the day went on.

And there wasn’t much of a difference in the semifinals in this one: 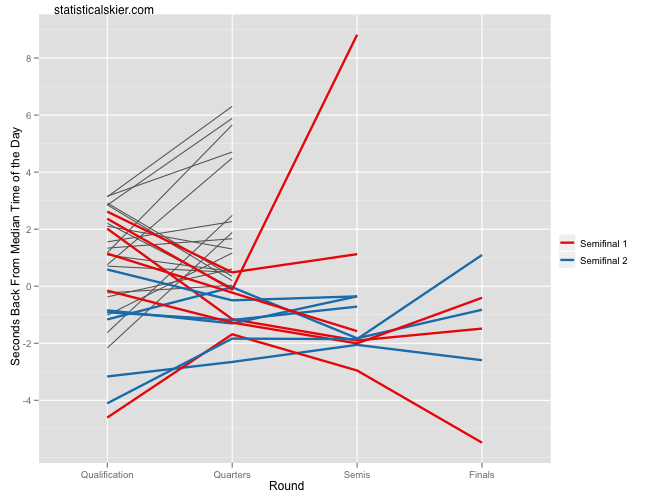