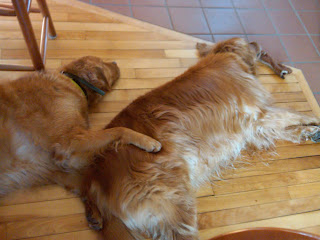 After the season I flew home to Vermont and spent 3 weeks at home, catching up with friends and hanging out with my parents. I really love the weather in Vermont in the spring, rainy, foggy and just damp, but every once in a while you will get a sunny day and it has a special feeling. Like a really good friend who you don’t get to see much giving you a hug. Kind of like my dog, Charley, giving her pal Tad (my Uncle and Aunt’s dog who spent 2 weeks at our house) a little spooning love in the picture above!

I flew to New York City the last weekend I was home and met up with Noah Hoffman to watch a friend perform as a dancer in an Opera at the MET, in which she did awesome, and the Opera itself was incredible too. 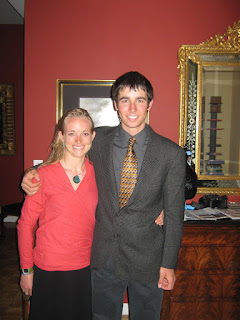 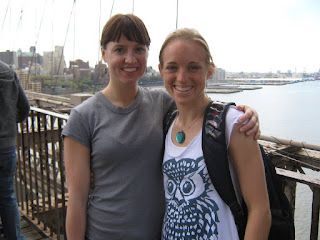 We checked out Staten Island, walked much of the city, ran in central park, saw Chicago on Broadway (which was really good), ate some awesome food, and enjoyed some serious spring sunshine. Being in the city is fun every so often, but as some of you may be able to imagine, I was overwhelmed and felt perpetually lost. Without Noah, I would still be somewhere in Queens trying to get to the Upper West Side! Julie, who has been a professional dancer for the last 10-12 years or so, just left the company she was with for her whole career. She took us around the city on Saturday, which was super fun, and I went to my first hot yoga class! As you can imagine, she is quite flexible and at points you would be hard pressed to be able to tell we were doing the same pose, but it felt great and I was sore sitting on the Amtrak home on Sunday.

I am now back in Utah for the training season. Our first camp is in Bend, Oregon the last 2 weeks of May and then I am most likely going to fly to Ostersund, Sweden to meet up with Kikkan and train with some of the members of the Swedish National Team. I have wanted to do something like this for a long time and Kikkan has done all the leg-work to get the trip off the ground, so the opportunity is too good to pass up. The US Ski Team is not funding this trip, but because of all the money that was raised with the Friends of Liz hats, made and donated by Skida, I am going to be able to fund this trip. I want to thank all who bought a hat and supported me this season and in past seasons.

Simi Hamilton and I are living up in a condo in Deer Valley for the summer that the Ski Team rented for athletes coming into town to do altitude testing or training in Utah. Simi and I are here full time, but over the course of the summer most of the athletes on the team will spend some time in it as well. It is ski in ski out, so we are right on some great trails for summer biking, running, hiking and whatever else, which is great. 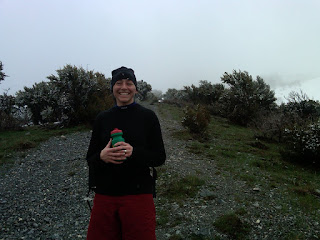 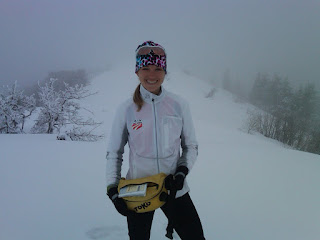 Yesterday Barb Jones and I went on an awesome run in Salt Lake that headed straight up to the hills behind their house and up to the snow on a peak called Black Mountain. As you can see from the pictures, there was still plenty of snow to find. 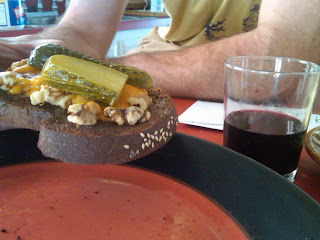 Post workout snack! Pickle, walnut and cheese sandwich with a side of wine. Soooooo good!
Life is good here in Utah and I’m psyched for a summer of good training again.