The death this week of Mika Myllylä has got me thinking about the Finnish men of that era generally, which led to this graph: 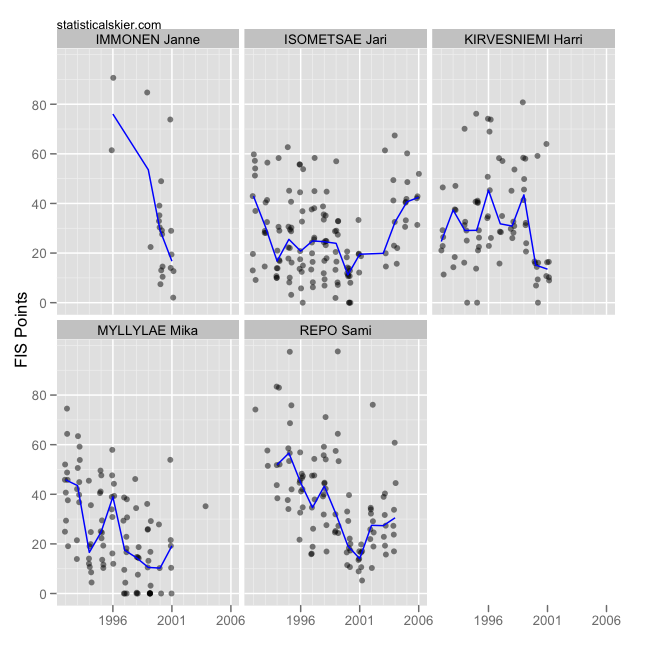 I’ve graphed FIS points here to include results at all levels. I’d forgotten about Isometsä’s attempts at a comeback after his suspension, which as you can see didn’t go all that well. I don’t have many results for Immonen for much of the 90′s. I don’t know if that’s because he didn’t really get good until the mid-90′s, or if perhaps I’m just missing a bunch of the FIS races he happened to do. Either way, he must have been racing in Finland, since he was over 30 by the time of the 2001 WSCs.

With the benefit of hindsight, it’s tempting to look at the dramatic jumps in performance, particularly in Isometsä, Kirvesniemi and Repo between 1999-2001 and say it should have been obvious, but these things are tough to suss out from just performance trends. Still, that was some resurgence by Kirvesniemi, no?

From Lowlands to Highlands, US Junior Biathlon Team Conquers Colorado