In the morning hours, Bettina and I meet up with Zoe for a trek to the top of Mt. Olympus. While I don’t meet Zeus at the top, the view suffices. It’s then that the words from the morning’s National Public Radio show “All Things Considered” come to life.

“Despite the headings and allure of some other place whose name I have now forgotten, I stay in Salt Lake. I try to leave but it seems like I have a rubber band attached. What is it that pulls me back? No place is more beautiful than the Salt Lake Valley. Other places are just as beautiful, but when it comes down to a contest, this place wins.

“Beauty is something that needs to be studied over a long period of time, and there needs to be some point of reference – these clouds over these mountains, compared to what? The city itself has the most admirable quality of a ghost town, dry as a bone and empty as a rattle. People are leaving for a better life on the Coast. I, however, wait for the coast to come to me. I get up in the hills behind my house, look out across the entire valley and see it covered by water, as it was only ten thousand years ago. I extend my arm and wave my hand across the inland sea and think, ‘Someday my son, all of this will be yours.'” Right now, I can see the truth to Scott Carrier’s words. 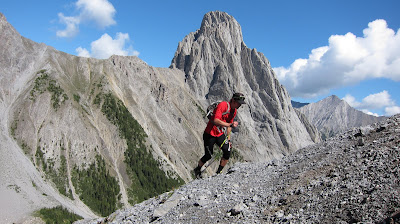 After a couple more minutes breathing in oxygen and the view, I open the mailbox, crack the cover open on a well-worn brown leather book left atop the mountain. Inside are literally a thousand different stories. Or at least five hundred. Reading gives me the idea to write. It will be a great story, with the words others leave behind in books like this weaving the fabric of the work.

Some of the writings are common and slightly scientific with the date, time and name of the summiteers and little else. Some others, like the one about running face to face with a Western Diamondback en route have a quality of humor that would make most essayists blush. The one I remember most is sad and spooky, though in the tenderest way.

Mr. B has made it to the top of the mountain, his final summit. Soon, Mr. B will be in a long slumber, dreaming of the lions. This isn’t a sad story because Mr. B has lived a good life. He knows it and has shared his happiness with others. Like mud, Mr. B soon awaits his return to dust.

Afterwards, we jump a fence, then jump directly into a poorly attended hotel pool. The water’s refreshing and much needed before tackling the concrete jungle that awaits.

In the Westminster College parking lot, it’s decided. New Hampshire’s Live Free or Die license plate has nothing on Wyoming’s. The Lone Cowboy riding the bucking bronc, a black silouette on brown mountains and mesa’s cannot be beat by the Granite State or any of the other forty-eight states. I stop by the university bookstore, pick up seven used books as Bettina and I get to witness the one true great American right of passage.

On campus, I’m greeted by student RN’s in loud green shirts. Kids much too young to be heading off to college mill around, a look on their faces matched with the just realizing understanding Dad slipped them a couple Andrew Jackson’s to hold them over before the college cafeteria opens on Monday. And no matter how many Hot Pockets they plan to consume from now until then, there will be plenty of extra bucks to blow on booze, if only they had a fake i.d. Or knew someone older, as just about everyone around them is eighteen as well. On the way to the bookstore, I swing through some social schindig, steal about a half a pineapple in slices and a cup of punch on a hot summer’s day. Yes, it’s the simple things in life.

Then it hits me. Five years and a couple more days ago, I started coaching these kids what I knew about track and field, but mostly track, at Eastmont Junior High School. Now those kids are either heading off to college or hitting hammer to nail. Hannah and Jake, Cristian and Khloe, all heading off into different directions throughout the west, like dust in the the wind, just waiting to be turned to mud. 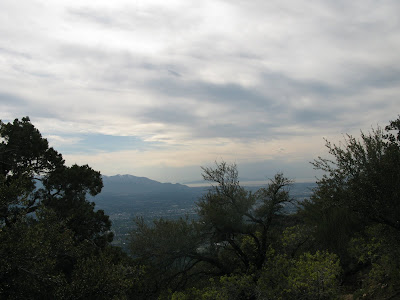 Settling in to the Big City