Once again, I use the term junior a little lightly. That’s especially true for the women, since it’s a bit more likely to see younger women establish themselves on the WC scene. So some of these names aren’t really “up and comers” anymore, but they are still quite young. As before, we’re using FIS points, with all their limitations, and only looking at folks who were (approximately) 23 or so last season. First the distance folks: 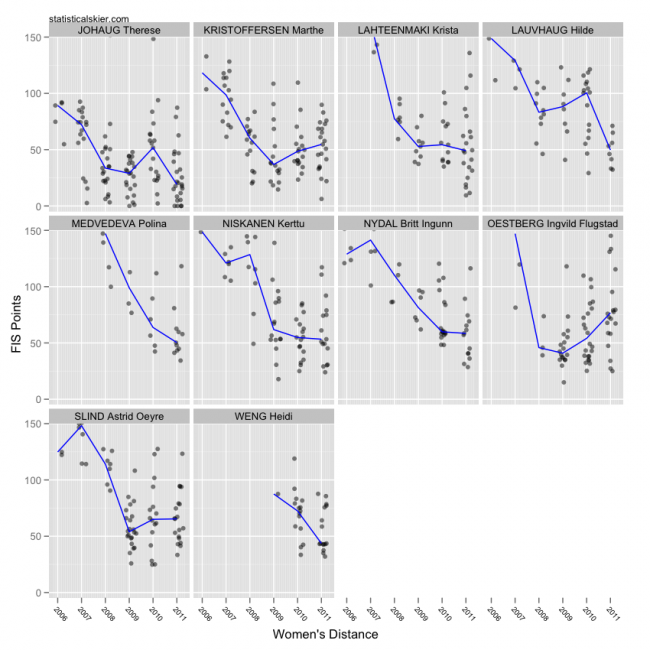 Obviously Johaug stands out here, as do Kristoffersen and Lahteenmaki to a lesser extent. I would also note the large number of Norwegian women. Something tells me that the Norwegian women may be quite dominant for a while.

It’s also worth noting that while she had enough good races last season to count her among the better younger women, Oestberg’s typical result has slipped somewhat two years in a row. I’m also intrigued by the fact that Lahteenmaki, while making a significant splash last season, did so mainly by having a sequence of very good races, but she also had plenty of slower ones, meaning her typical result didn’t change much. I’m sure she’ll be looking to be more consistent next year…

As for the sprinters: 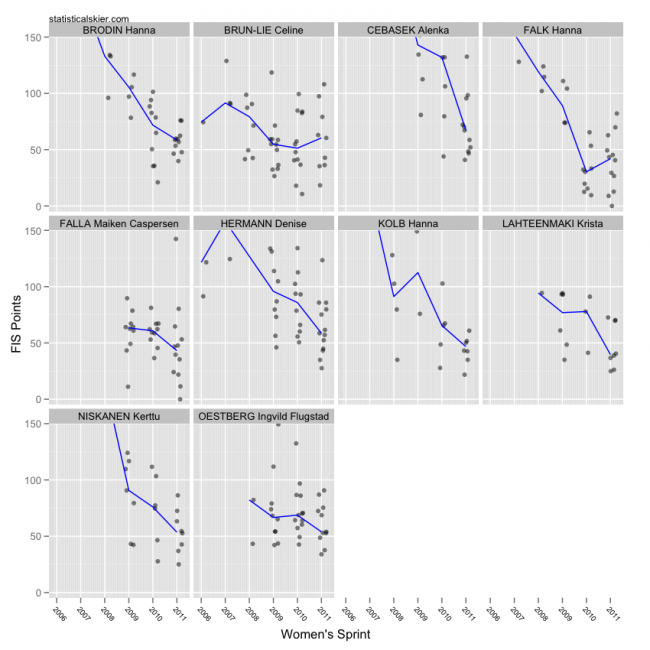 Again, this is FIS points, which for sprinting means we’re only measuring how fast you are in qualification. So this is a very rough performance measure. Notice how similar the collection of names is!

"It Shouldn't Be at All Surprising": A Link Between Birth Control and Performance?