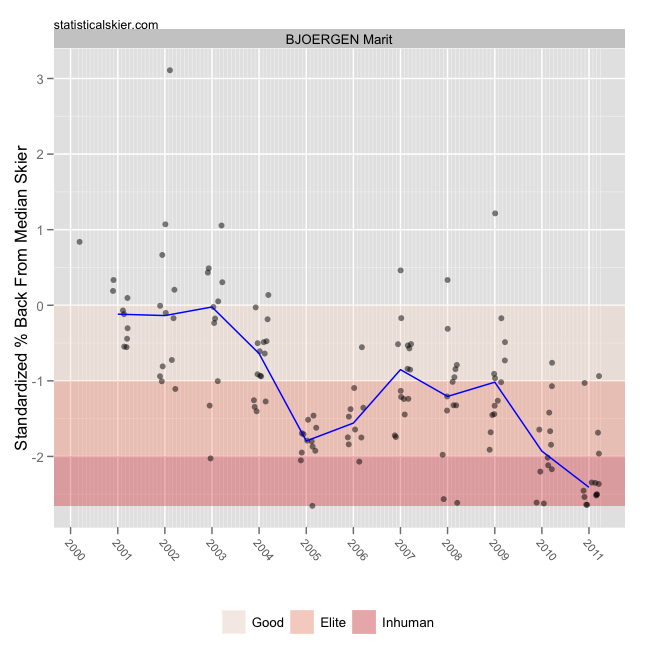 As a stats guy, when I see extreme events I tend not to expect them to repeat themselves. The general principle here is called regression to the mean. Extreme events are just unlikely, so it doesn’t make sense to expect them to happen repeatedly. From a numbers perspective, Bjørgen’s season was pretty much unrivaled, so if I were a betting man I’d wager that she won’t be as dominant next year.

At the very least, I wouldn’t expect her to win by a consistently large margins over the field, even if she actually wins nearly as many races. But you never know!

When people have had extremely good seasons in the past, sometimes they can sustain is for a few years in a row, other times not. For example, here are some examples of some men who had a strong season but weren’t really able to sustain that level: 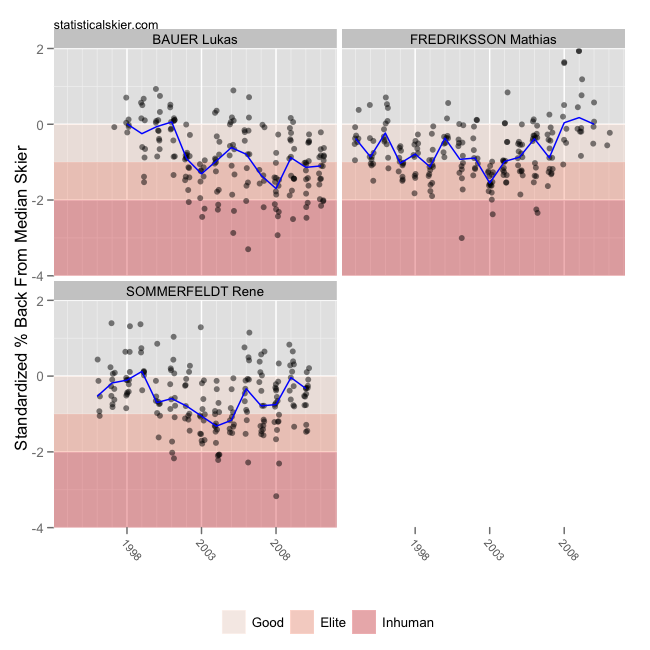 Fredriksson’s 2003 campaign is the most obvious example here. Sommerfeldt had great seasons in 2003 (second place in the WC overall) and 2004 (first place) but couldn’t sustain his 2004 performance. Similarly, Bauer had an amazing season in 2008.

Two examples of people who managed to sustain some level of dominance for more than a year or two were Björn Dæhlie and Vladimir Smirnov: 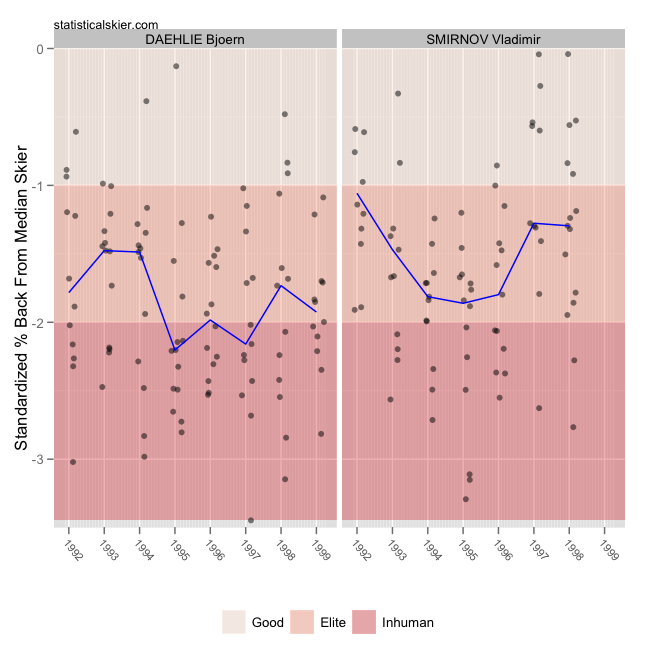 These guys were already pretty much top of the heap, but each seemed to step things up for three consecutive seasons. Dæhlie for 1995-1997 and Smirnov for 1994-1996. Which pattern Bjørgen follows remains to be seen…