A commenter noted a few other classic specialists in my post on Erling Jevne the other day. So how did they fare against Jevne? 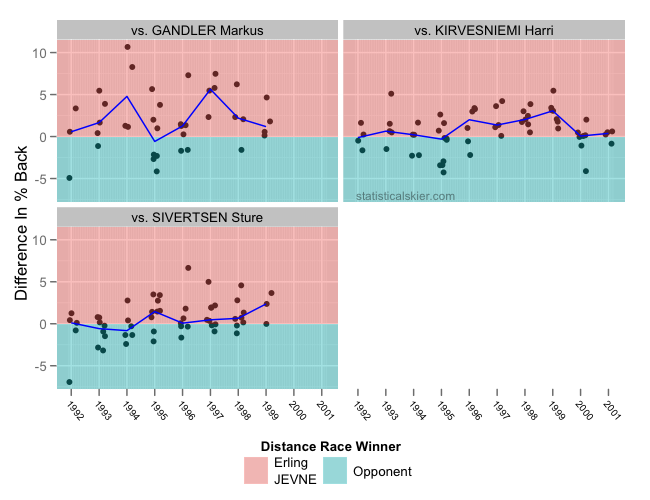 It’s generally important to note here that my data stops in 1992, and several of these folks were active before then. In Kirvesniemi’s case, way before. Jevne and Sture Sirvetsen were probably the most consistently evenly matched, though Jevne seemed to have the edge for all but the earlier years. Kirvesniemi was pretty evenly matched against Jevne until around 1996, and then didn’t fare so well at all until his “miraculous resurgence”. Gandler was definitely up and down. He had a handful of strong seasons against Jevne, but wasn’t very consistent.

Inside the National J2 Camp