Using all FIS sanctioned races from the 2010-2011, the following graph shows the ratio of the total number of women to men for each nation that I have a record of racing last season. The bars are colored according to the total number of skiers, men or women, since many nations have only a few skiers. 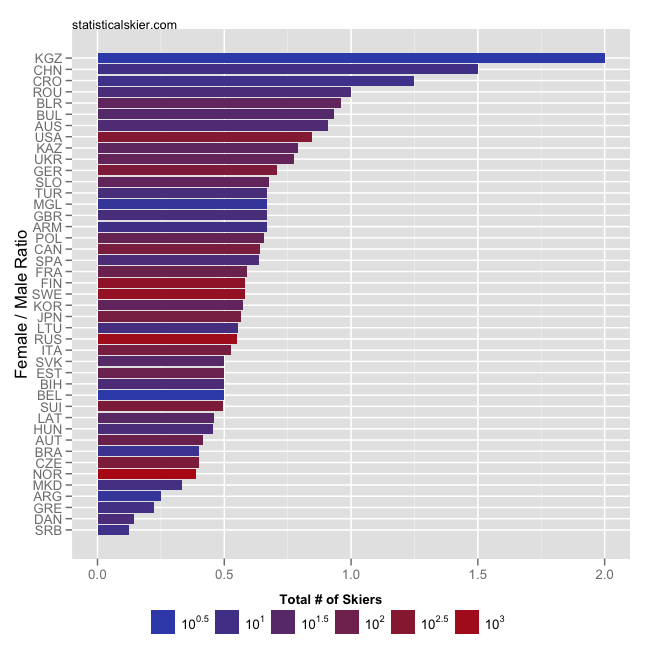 Obviously, women’s races generally tend to have fewer participants all over. But notice that the US actually does pretty well in terms of the ratio of women to men participating. Of course, this only counts FIS races, which is a big omission. This doesn’t count small, local non-FIS races. Still, this is probably indicative of something at least somewhat relevant to female participation rates. However, it will also inevitably be correlated with how many FIS races a nation holds. So don’t get all mad at countries like Serbia or Greece over this (and, conversely, don’t assume that Kyrgyzstan (or China!) is some sort of sports gender equality utopia.

Note how many total skiers Norway has, but how disproportionately male they are. And of course, basically all the ratios are far too short of 1 for my taste.