On Monday I looked at the ratio of women to men in FIS races during the 2010-2011 season. This will just be a quick update on that to look at the same data, but over time.

The same caveats apply here. I’m only looking at participants in FIS sanctioned races, which misses lots of races in various countries. Indeed, some countries are probably more likely to have lots of FIS races than others, so comparisons between countries should be taken with a grain of salt. Given these caveats, changes over (reasonably short) periods of time can be interesting:

Sweden is nice and steady. Finland has apparently seen a steady increase in the ratio of women to men recently. Interestingly, Russia has seen a bit of a decline. As for the US and Canada: 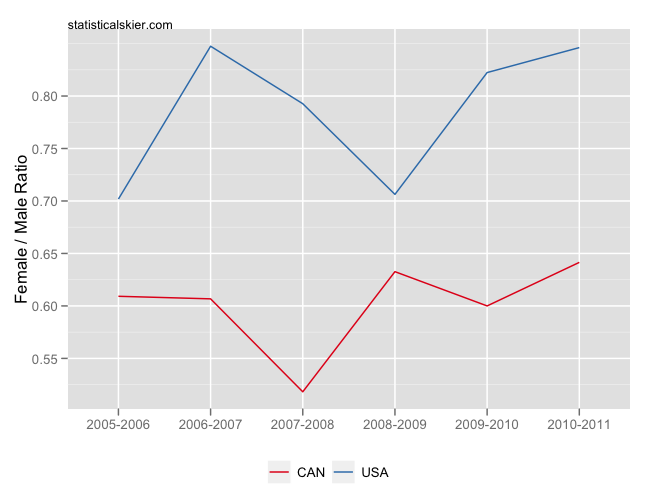