I’m really sad that Vincent Vittoz retired, mainly because I really, really wanted him to win an Olympic medal. The French men are left with two guys who are pretty well established: 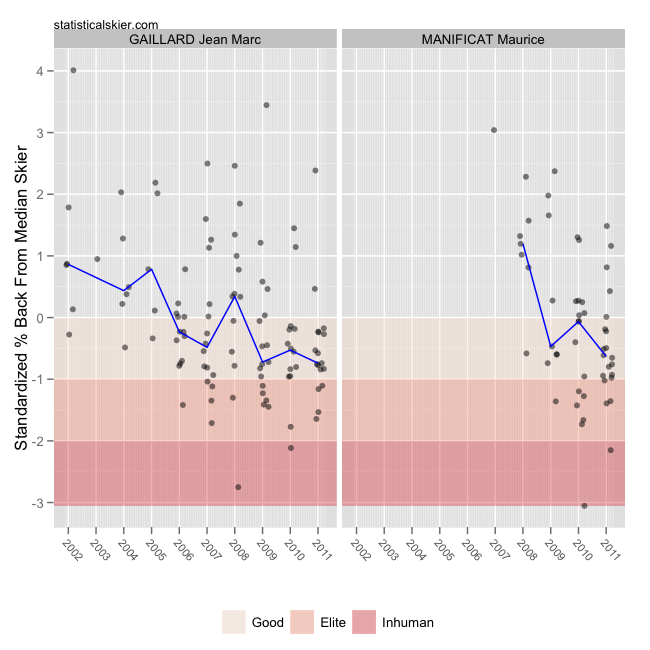 These graphs show only their major international results (WC, WSC, etc.). Manificat’s stupendous win in 2010 is looking more and more like an outlier, sadly. Gaillard is over thirty now, so I sort of doubt he’ll race for more than one more Olympic cycle.

Here’s a collection of some of the better young French distance skiers (not necessarily exhaustive), using FIS points as a measure (click for full version): 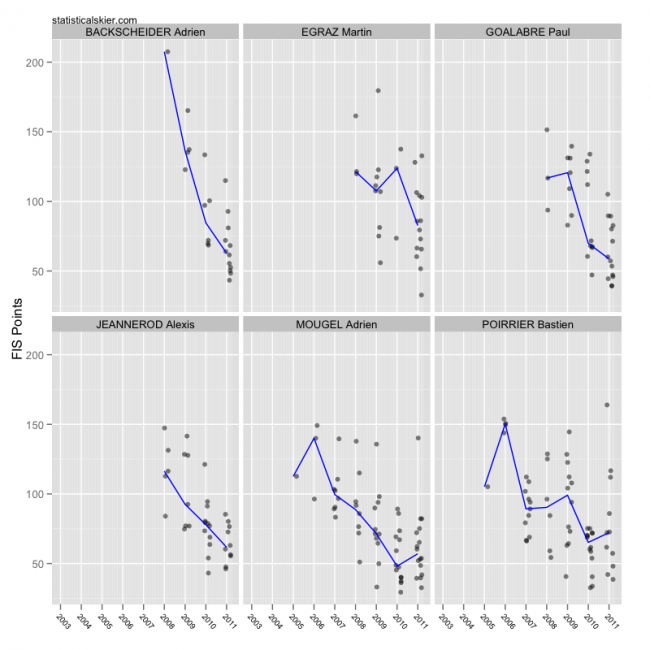 Most of the best FIS point results here are coming from OPA Cups, with lots of top 10s and top 5 results. This group has done some World Cups, but mostly with pedestrian results, anywhere from 42nd to the 80′s.

Both Mougel and Poirrier seemed to take smallish backward steps last season, but maybe with Vittoz participating in the coaching things will improve. (Although I haven’t checked the exact dates; these two guys may not be U23s next year…)

The Pack hits the Track