EvanOctober 11, 2011
MK wanted some pictures of us “pumping iron” so she brought her camera down to the weight room and took some shots while we did a lift at the end of last week. We’re all making some pretty major strength gains, and we looked stronger than ever even during a week when everyone was tired from three time trials. Hans poses with our alpine friend, Brian, who was lifting some serious weight while we were down in the gym. 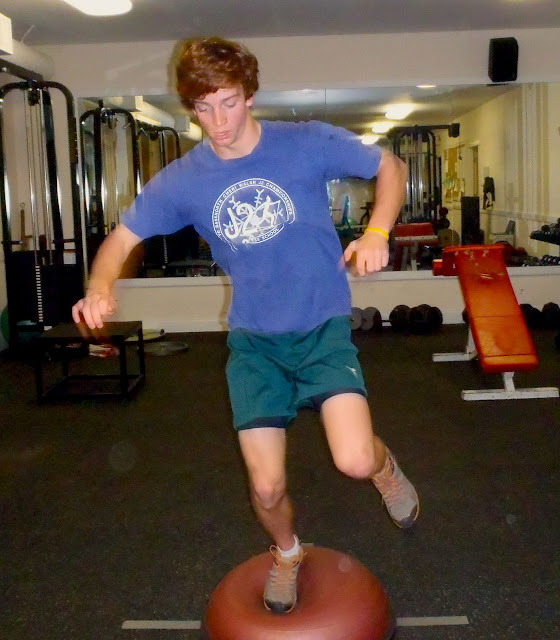 We’ve been working on balance and agility with this little drill: six times around the ball, hopping on one foot to each of the taped directions. It’s nice to see improvement over time with an exercise that is difficult at first. 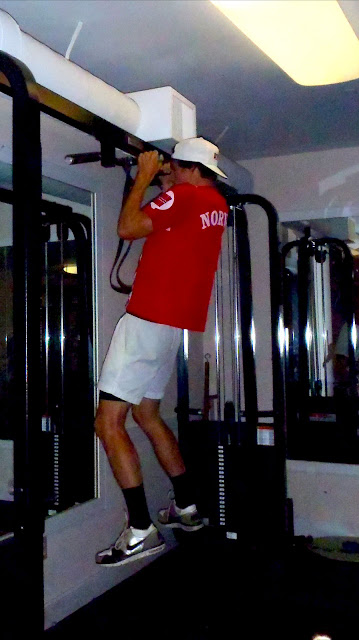 I had to get a piece of the action: Ryley’s music was bumpin’ and everyone was working so hard that I couldn’t resist. 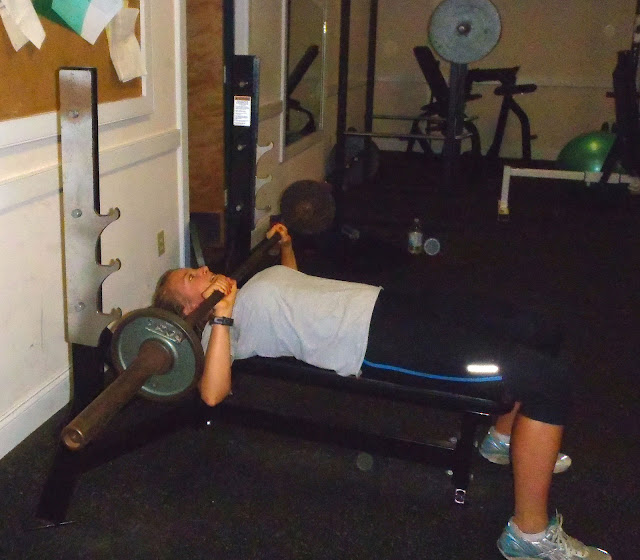 Fitzy puts up some big time weight on the bench press: follow this with 10 fast pushups! 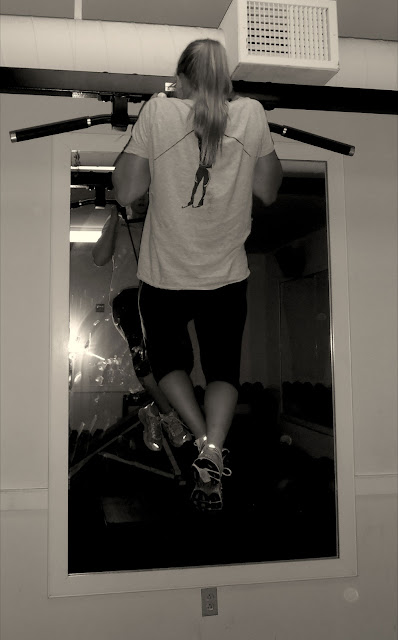 Then right over to the pull-ups.

Then right over to the box jumps: we had the circuit humming the other day. 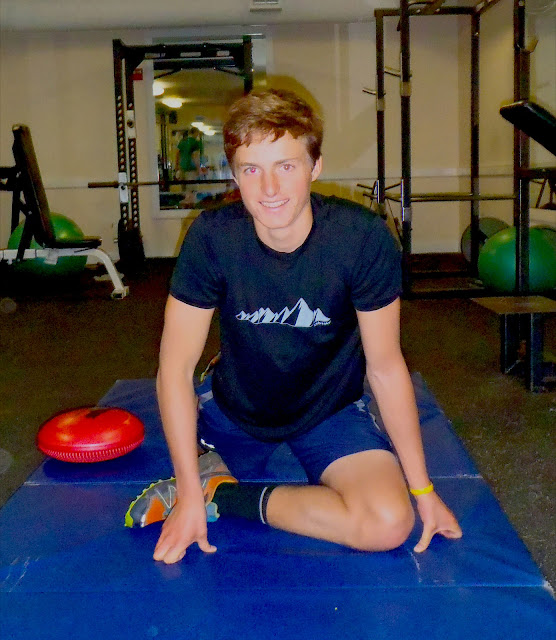 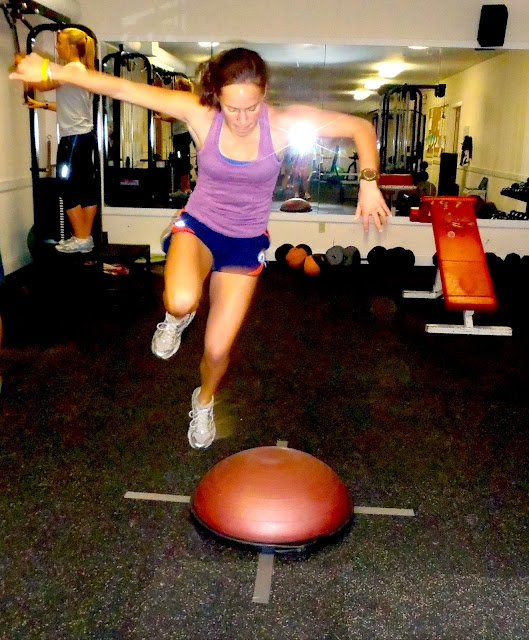 Heidi gets dynamic while Fitzy contemplates the next set in the background. 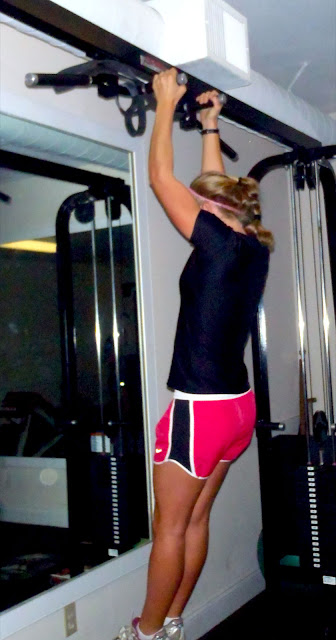 MK managed to get out from behind the camera to crank out some pull-ups. 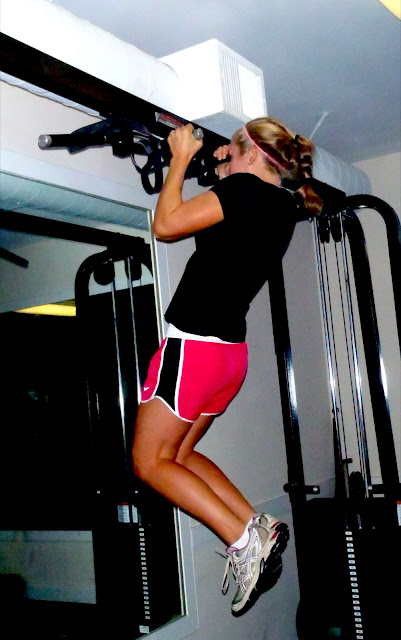 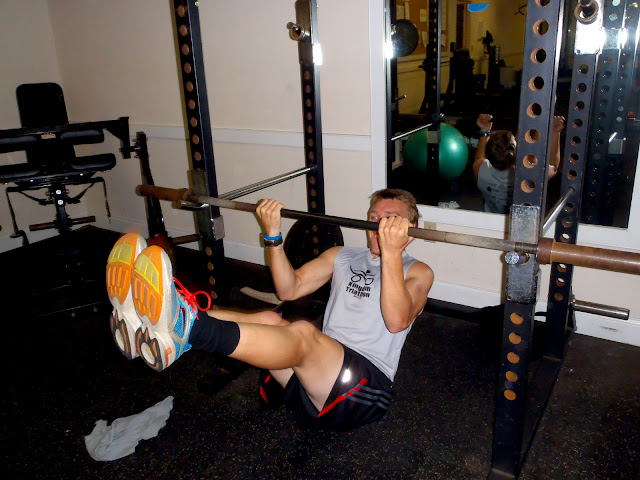 Ryley demonstrates some big-league arm and core strength.
After an incredible Indian Summer weekend, the good weather persisted for ski imitation and speed bounding yesterday. We started out with some drills, thinking about setting kick wax, keeping the hips forward, and swinging our arms and legs to conserve momentum. 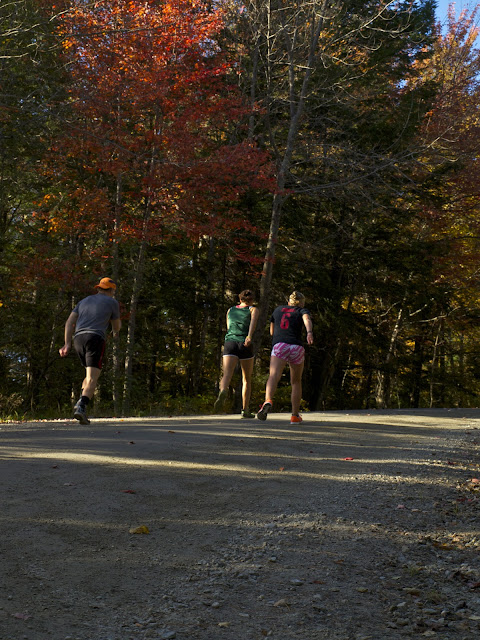 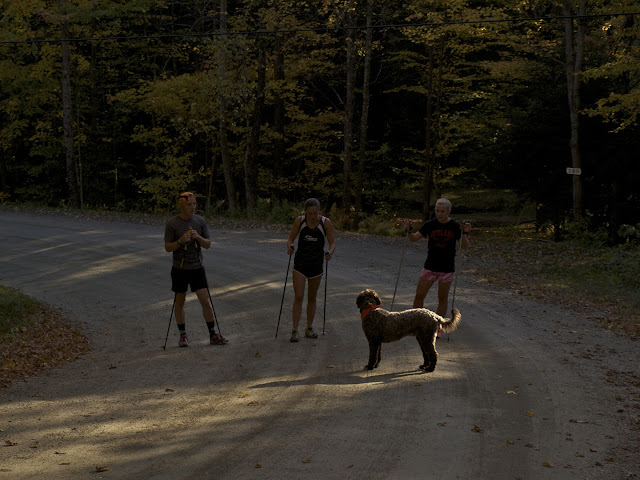 After drills and stretching, we did some max speed bounding, trying to be both light and powerful. 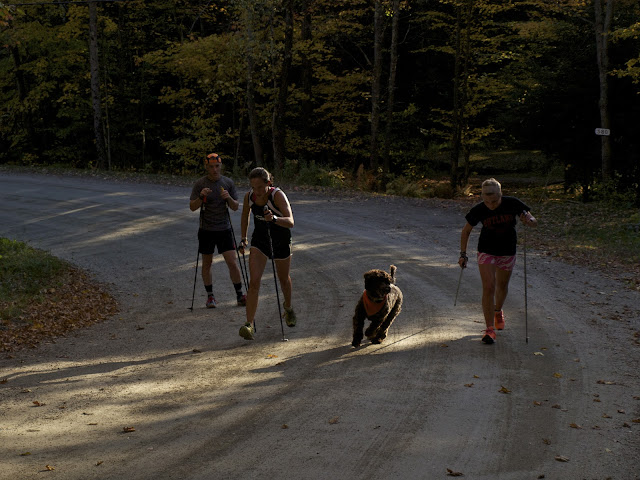 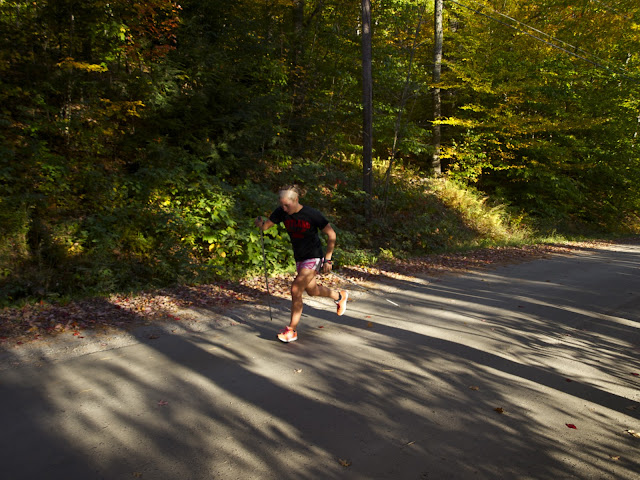 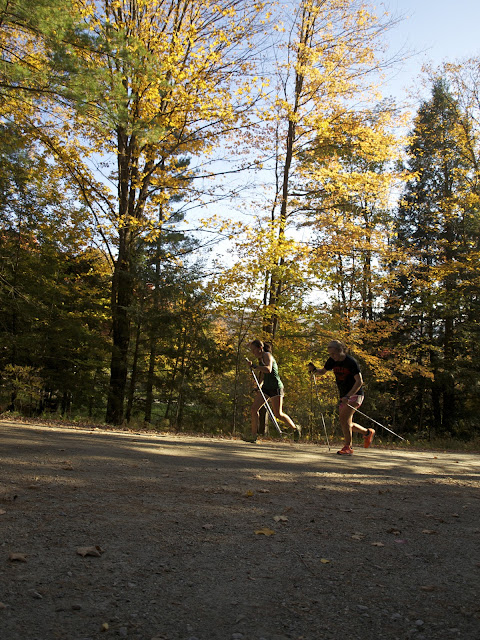 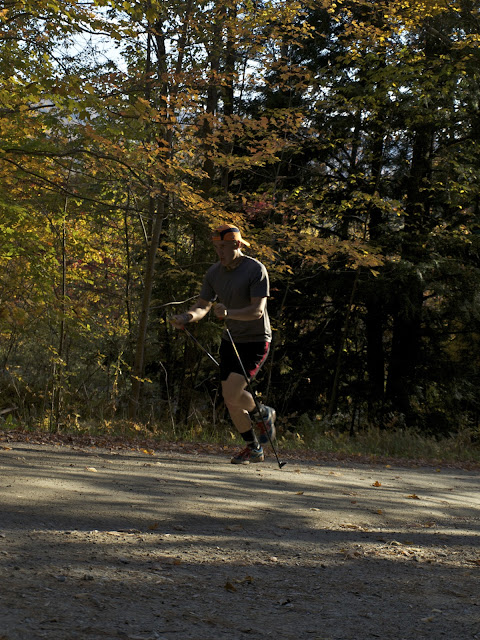 It was Ryley’s 19th birthday, and he smashed through some bounding before heading off to eat steak for dinner. Not a bad birthday, in my opinion. 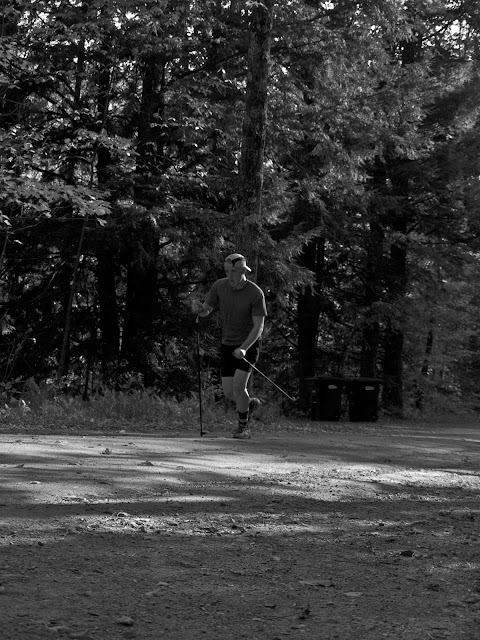 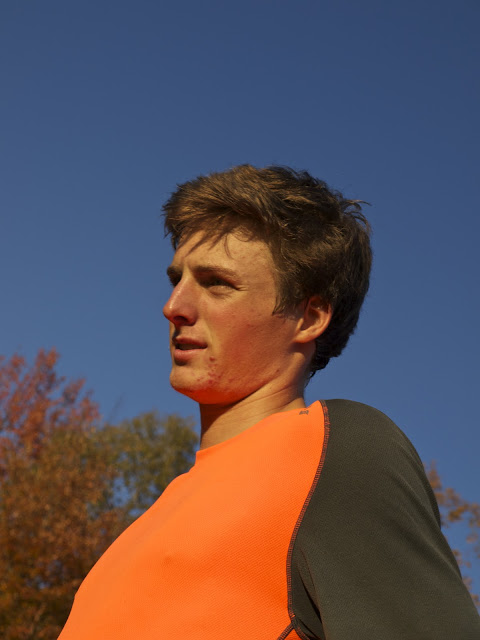 Hans joined us after doing some spinning. What’s up, Hans? 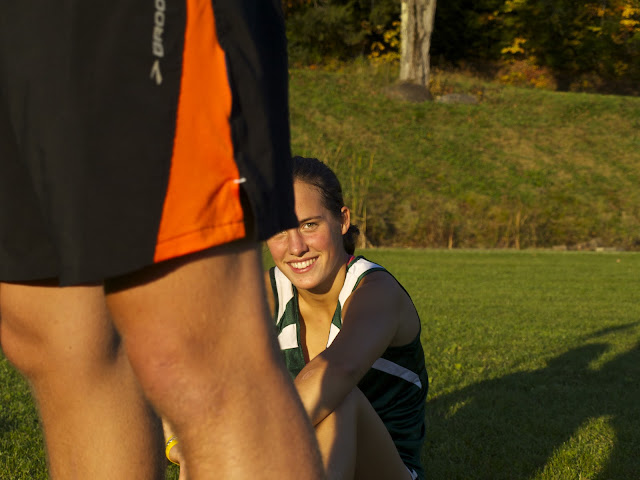 Heidi is all smiles after a good workout. 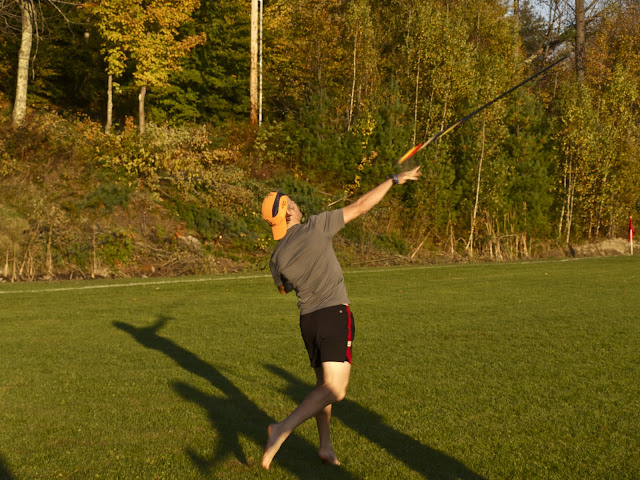 We hung out on the upper soccer field for a while and stretched. It was almost too nice to go inside, but after some ski pole javelin we all headed off to dinner and homework. 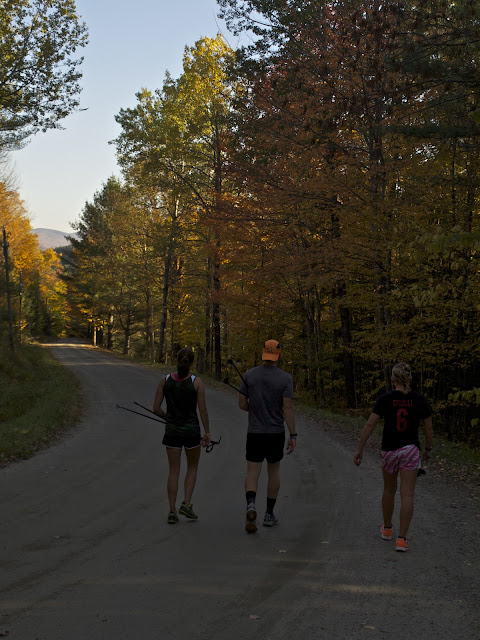