EvanOctober 27, 2011
The fall is flying by, and it’s Testing Week again already. In fact, the week has gone by so fast that Testing Week is almost over. As Coach Beckwith likes to say, “where’d that day go?”
We’ve been getting our money’s worth, that’s for sure. After the play set was packed away for another year, we got out on the classic boards for the October edition of our Plunkton uphill DP test. 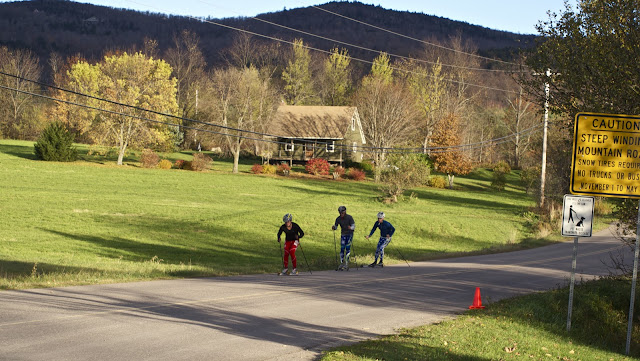 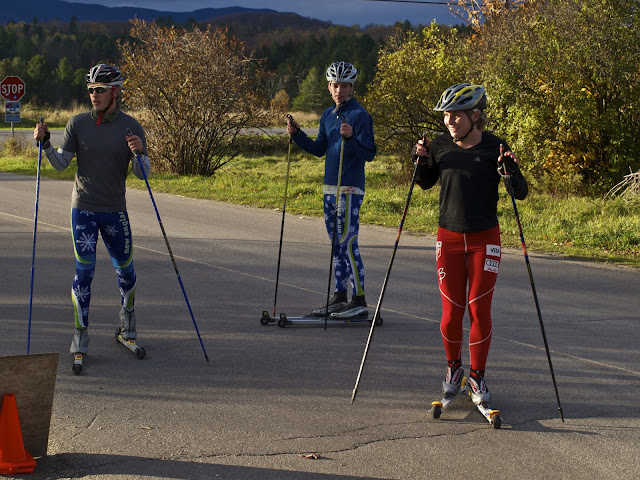 The light was pretty dramatic, with a mix of bright sun and dark clouds making everyone look good out there. 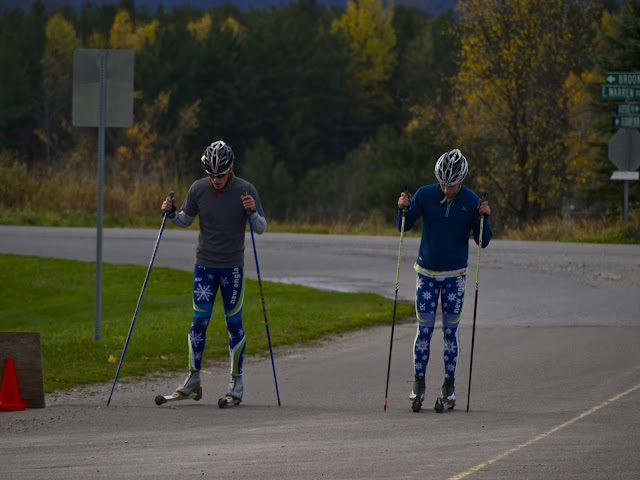 Warming up is critical for such a short test, so we did some start progressions working on explosiveness but also emphasizing fluid motions. 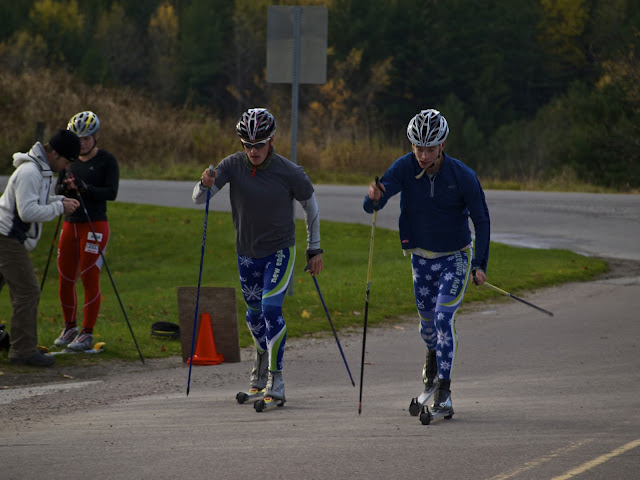 Dev and Ryley duke it out. 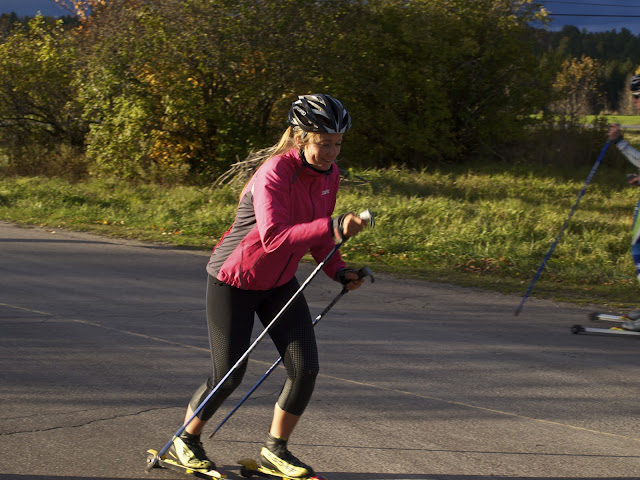 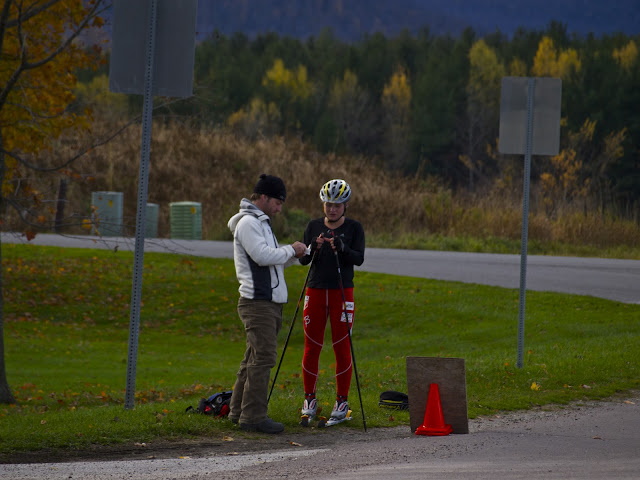 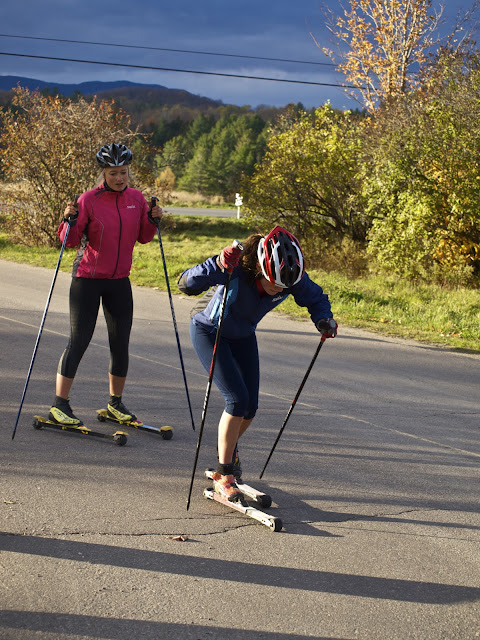 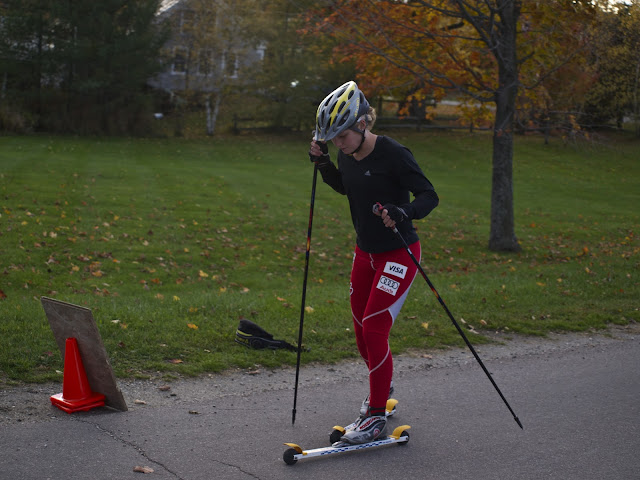 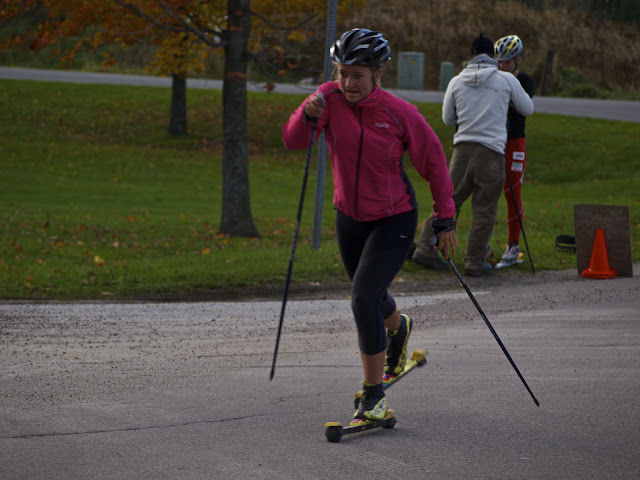 Once the test started we didn’t get any pictures but it was a great effort by everyone involved. After the initial max effort we cruised back down and immediately skied the course again using double-pole kick instead of straight double pole.
Yesterday Dev once again led the boys’ soccer team to victory, this time in the first round of the play-offs. The rest of us chugged through a 3000 meter test on the Harwood track, then got out amidst the snowflakes for a fun workout this morning. 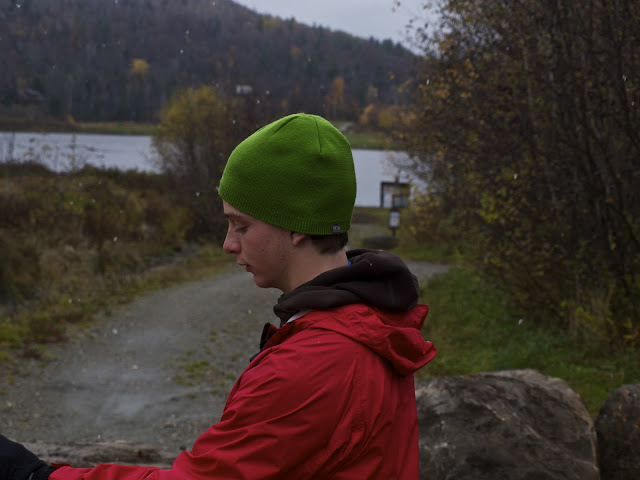 Dev figured it was too early for snow and insisted that the white stuff all around us must be pollen. 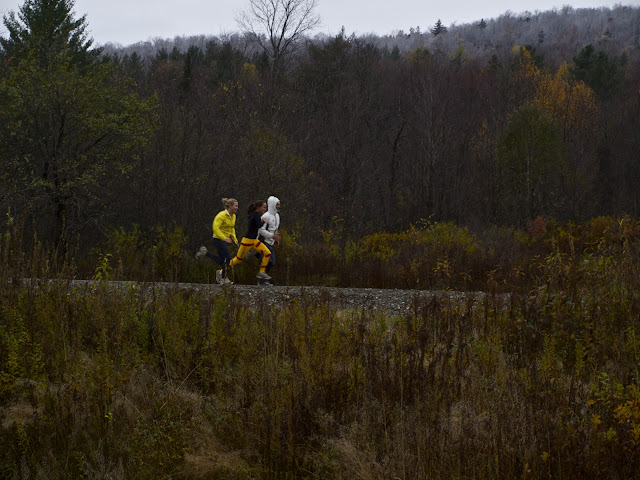 Coach Beckwith builds some fast twitch with MK and Heidi. 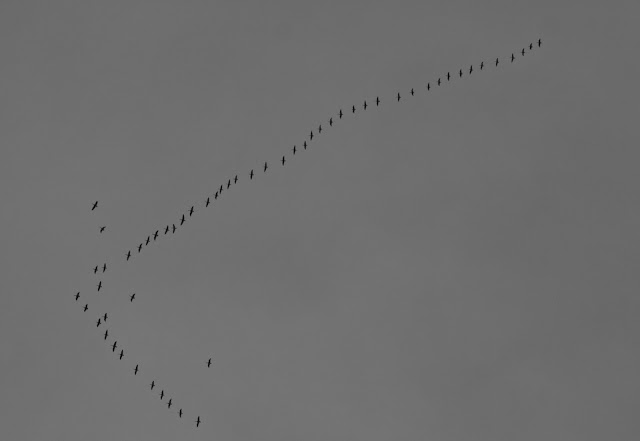 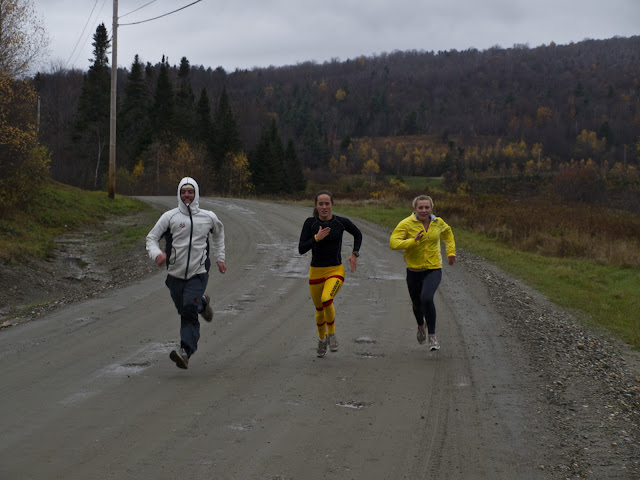 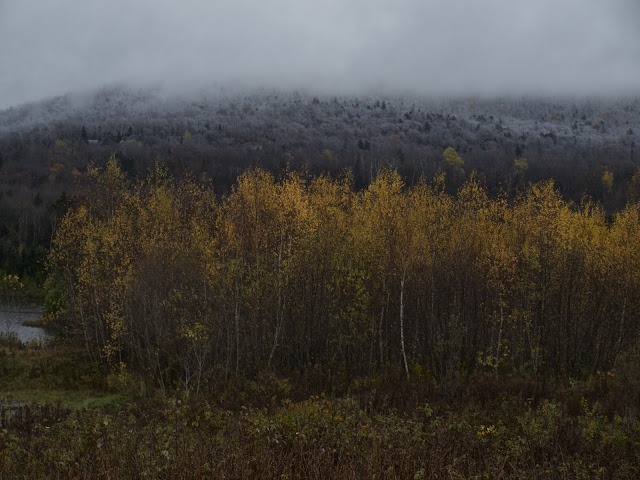 Snow in the trees… must be getting on towards winter in VT!