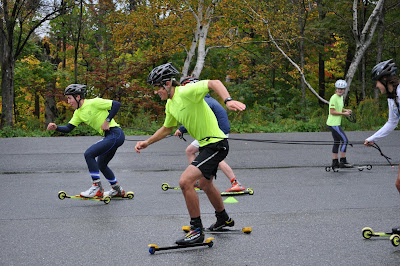 Tuesday was a busy day for the team. Our 9am training session had half the team up at Lot 1 working on skate agility with Matt & Liz, while the other half of the team joined Andy and Skyler for some L3 skate intervals up Brazer’s with Sverre. (Brazer’s Way is the steep road that runs by the school – nothing like a little 9% grade to get you going!) Everyone pitched in before lunch with some trail work on our on-campus trail and the connector trail to the nordic center. We wrapped up our day down in Manchester with the cross country race for our runners or a short bike ride and some spectating for those who did the morning intervals. Congrats to race winners Paddy & Issy for their strong running today!
Tomorrow we head up to New Hampshire for an overnight trip – skiing the Kancamangus Hwy on Wednesday and a hike across Franconia Ridge on Thursday. Pictures below from Lot 1 and the race – click on any to enlarge! 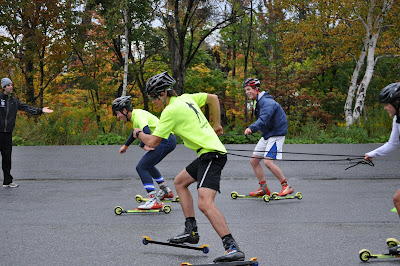 We got a little competitive using bungees this morning… : ) 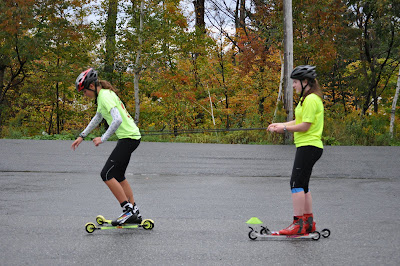 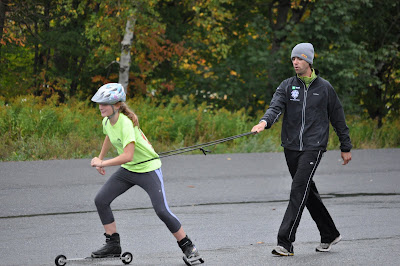 With an odd number of skiers at Lot 1, Boobar gets called in to help… 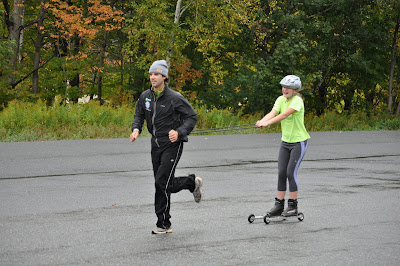 …and gets a little workout of his own in! 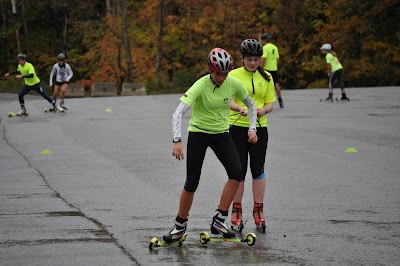 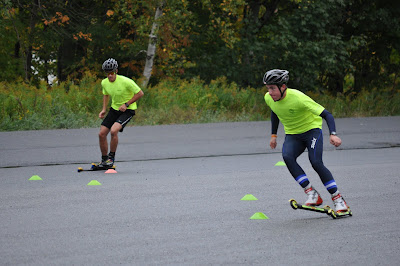 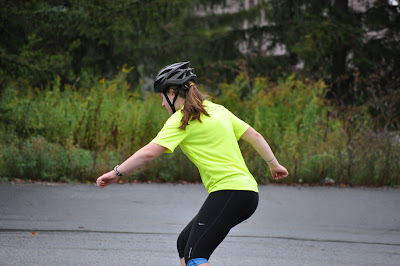 Kate – getting better every day! 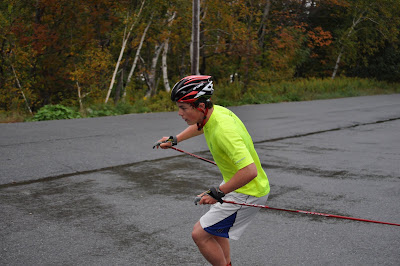 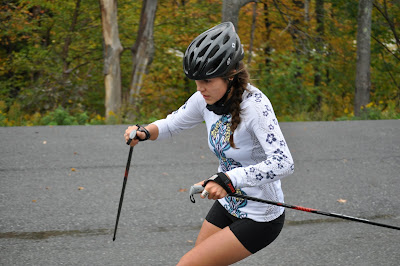 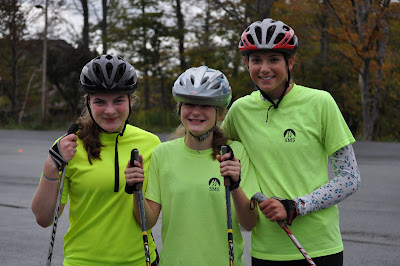 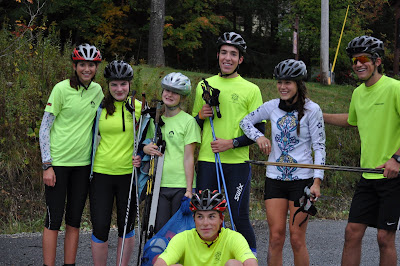 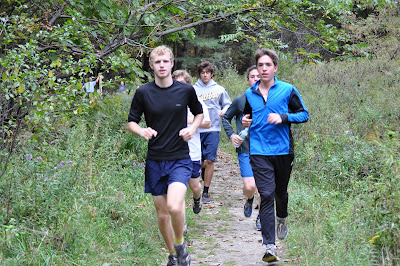 Burr and Burton Academy hosted the cross country race at their trails in town – nice, well maintained, fairly flat trails. The boys get warmed up for their race. 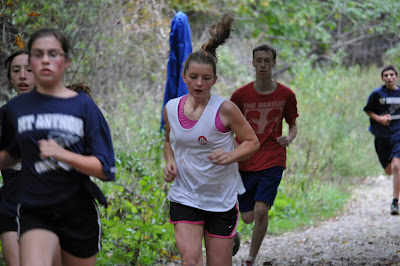 Mackenzie goes out with the pack in her race. She ended up third overall (boys and girls) and the second girl in the junior high race. 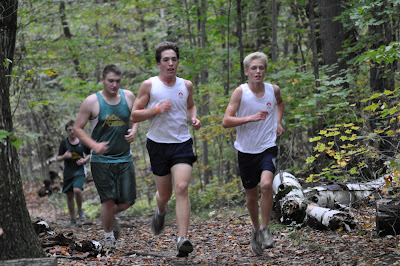 Paddy and Calvin spent the first lap around the pond shadowing two runners from MAU. They broke away and went stride for stride on the second lap (lapping the other runners in the photo) and Paddy pulled away from Calvin at the end for his first win of the season. 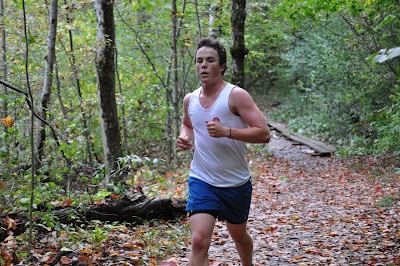 Hamish was pleased with his race today – 11th. 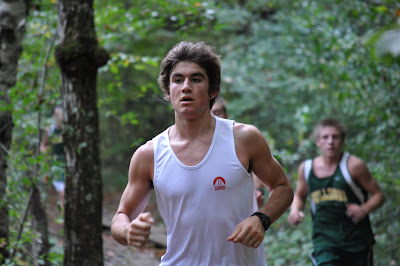 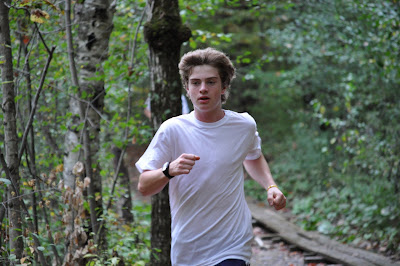 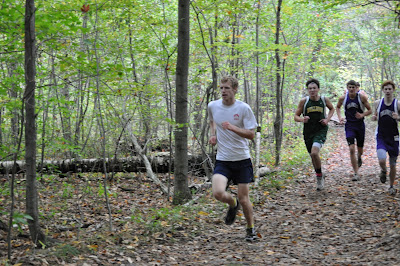 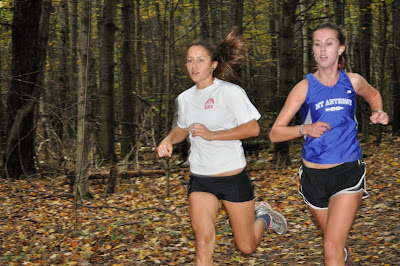 Issy picked up her second win of the season today with some nice running. 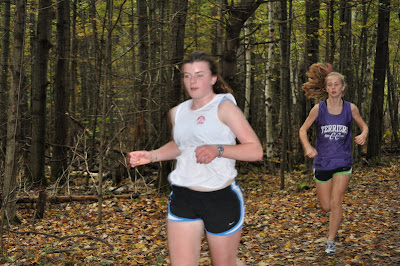 Kate runs in second for our team and ended up fifth overall. 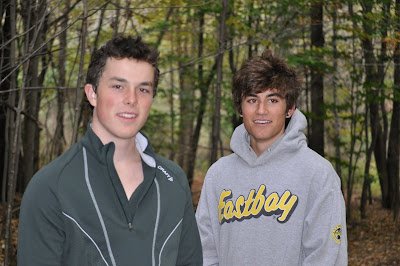 Hamish & Gino (above) and Mollie and Mackenzie (below) out on the course cheering for their teammates. 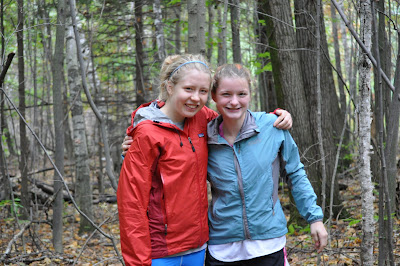 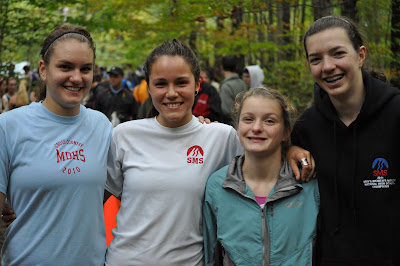