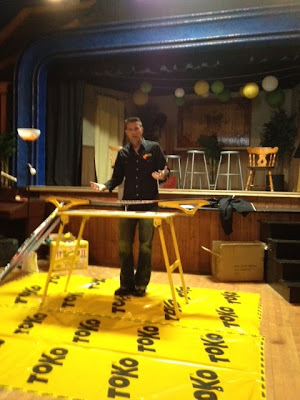 Ian presenting at the annual TOKO “University”. Which runs concurrently with the Ski Festival TOKO tech reps get versed in wax updates, and other topics pertaining to skiing. Today we had an informative session on the particulars of ski flex with respect to snow conditions. Found it very insightful actually. 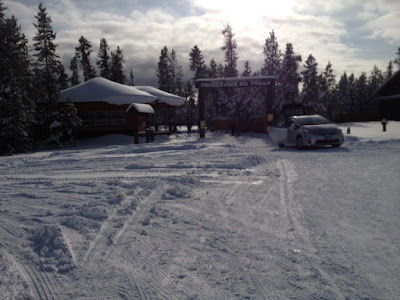 First tracks this year on actual snow. This year prematurely thought that was getting in good form. This afternoon found out unfortunately rather quite harshly… that I am not in awesome form, maybe just old and washed up. Last year I spent the summer in Afghanistan and only did limited ski training prior to coming to West.
As Josh Thompson says ” On snow is reality”
Maybe I will have to back to Rochester and train alone on rollerskis again. Then will be able to believe that if I went out there and skied against them that I actually would be fast and strong.
The good thing is the snow is plentiful and superbly groomed out here. Will focus on the positive.