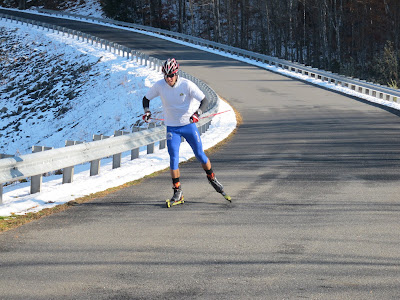 This morning Skyler worked on some fast skating intervals. Our goal was to work on leg speed and figure out which techniques were fastest and most efficient. We chose to ski a course that ended a bit lower than it started so that we could really focus on speed. For those of you familiar with BMD, we started where we usually start leg speeds, went past the gazebo, down the gradual hills and ended on top of the first uphill rise. The course is about .8 kms and is built for speed. 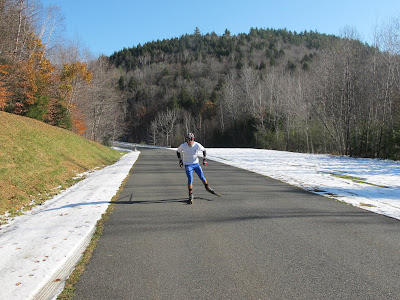 Skyler warmed up and then did 6 intervals. For each interval he focused on something a bit different..1) snappy, 2) long, 3) quick…. After the first 3, it was quite apparent that a combination of techniques and tempos would produce faster skiing so then we did 3 mixing it up but having an emphasis ( more no pole skating, lower V2 alternate, rythm).

His last 3 were faster and harder. No one technique really jumped out, but we learned the importance of mixing it up to keep the motions sharp and dynamic. 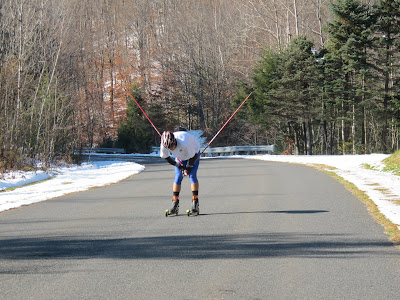 Even rolling downhills can be tough…..