The FasterSkier countdown continues (and is joined by NordicXplained). Per usual, I like reading about the nations I don’t always follow as closely, like the Ukranians. The distance results for the four skiers mentioned in the FasterSkier article are below: 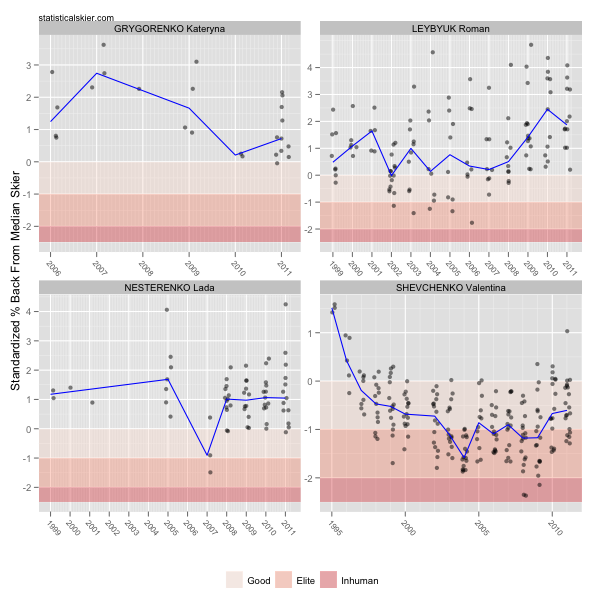 Roman Leybyuk had a string of strong results between 2002 and 2006, but has been slowly regressing since then. Valentina Shevchenko has been their mainstay for well over a decade, with several WC wins and countless top ten finishes. She too has fallen off slightly the last two seasons, but probably shouldn’t be counted out. Lada Nesterenko I don’t know much about. She’s been very consistently mediocre since 2008. 2007 was an interesting year for her. Her only major international competitions were at World Championships where she racked up a 7th, 17th and 25th in distance events. She did only around 6 other FIS races that year and while she won two of those races, they were Baltic Cups. In the more competitive Scandinavian Cups she was 14th and 25th.

Just to round things out, the sprint results (WC, WSC, etc.) for these four: 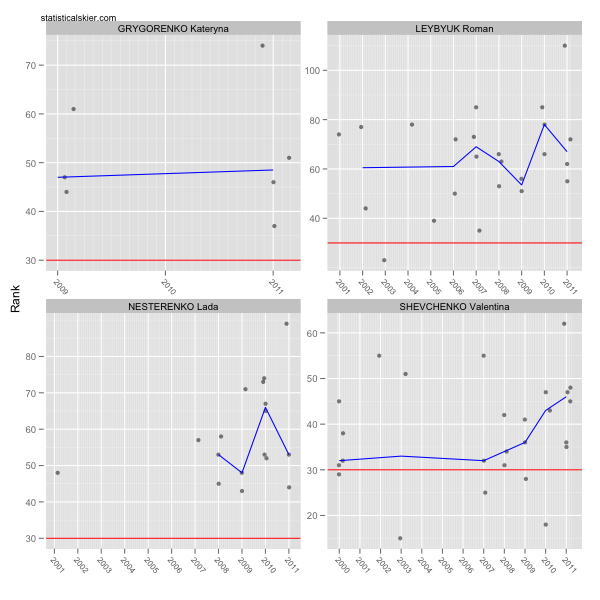 No sprinting specialists here, although Shevchenko can occasionally move up through the heats.

Muonio: then and now