FasterSkier’s piece on Belarus over the weekend naturally got me thinking about their performances. As they note in that article, they’ve had some wild times, including the famous “lucky” silver medal by Leanid Karneyenka in 2007 thanks to an early start position and a freak snowstorm, and their mishap in the team sprint relay in Vancouver, and then Sergei Dolidovich’s near miss in the 50k this past season in Oslo.

Here’s what I see when I look at their men’s distance results: 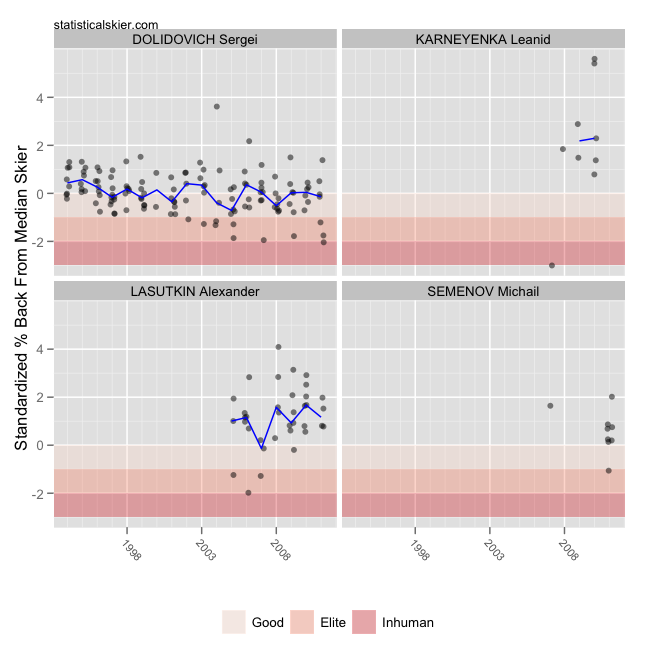 Pretty wacky group of results, eh? Let’s start with Dolidovich. He’s been plugging away at the World Cup circuit for quite some time now, and has mostly been just OK. His results tends to straddle the divide between pretty good and not so hot. What stands out to me is that starting in 2000-2001 or so, his best results start improving steadily. Since then he’s managed to pull on at least one really stupendous effort every other season or so. Often, this lines up with World Championships. But the vast majority of the time he’s solidly in the “pretty good” territory.

I think it’s fairly clear from Leanid Karneyenka’s graph that his moment of glory in 2007 is unlikely to repeat itself. Michail Semenov is still young-ish, but his good-but-not-spectacular results are a decent start. Alexander Lasutkin has the all too familiar troubling trend of a steady decline in his best results. 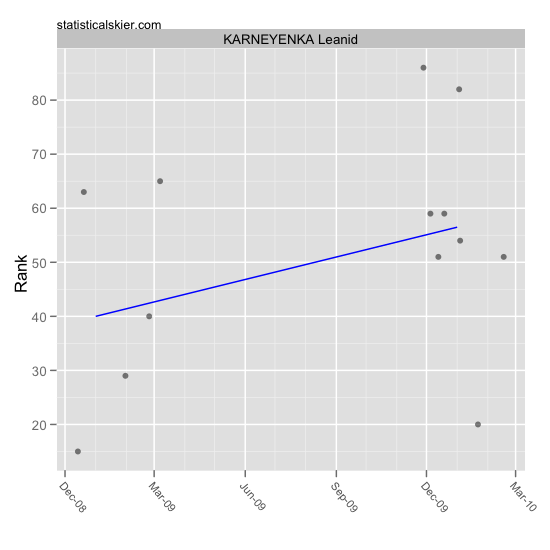