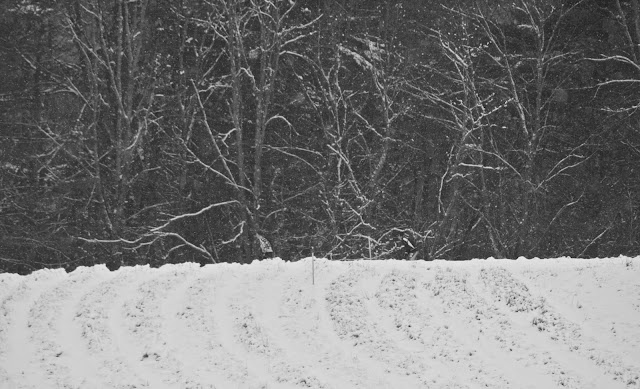 It wasn’t glamorous, but it was snow, and pretty good snow at that. The crew at Craftsbury has been working hard to prepare the trails for early season training and racing. They fired up the snow guns and got a little help from this week’s snowfall: we were able to cruise around on at least 5 kilometers of groomed trail. We shared the tracks with the Dartmouth Ski Team and the Craftsbury Green Team, including our friend Tim Reynolds. 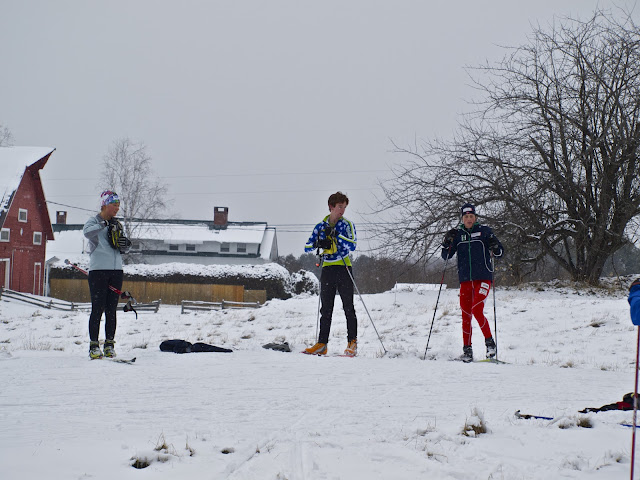 We’re in a low-volume week coming back from altitude, but we want to keep our edge, so we’ve been working on speed. Today’s workout was 15 seconds on 15 seconds off for five minutes, repeated four times. Everyone is looking pretty snappy: good to see after a two-week block at 7000 feet. 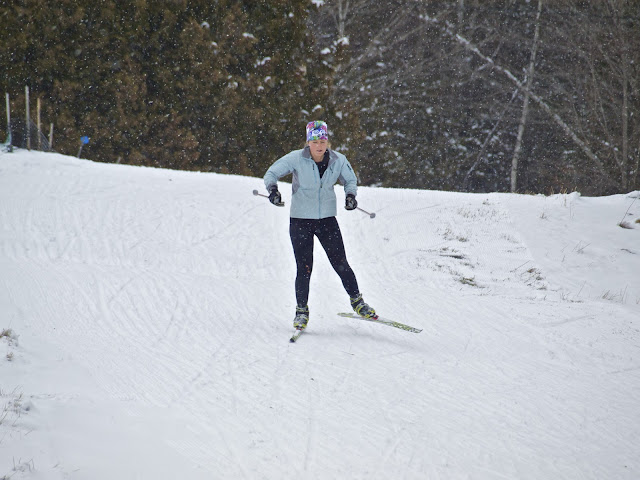 Kaitlin hammers over the top of a little hill and back down. 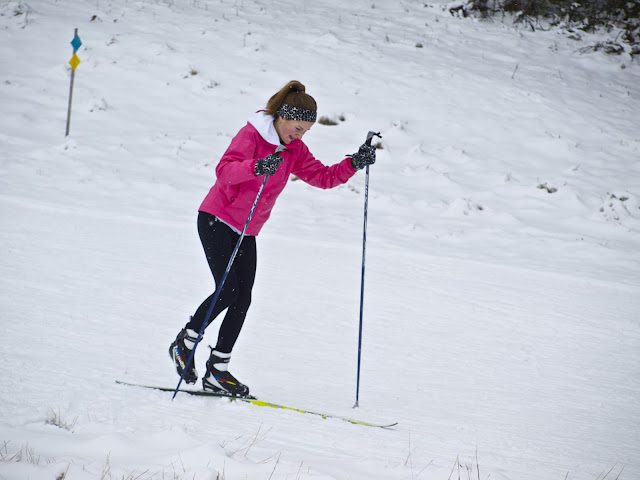 It was fun to have our friend Gracie along: she’s from New Jersey but will ski with us on weekends when she comes up. Here she’s working on some balance on skis. First time on snow this year! 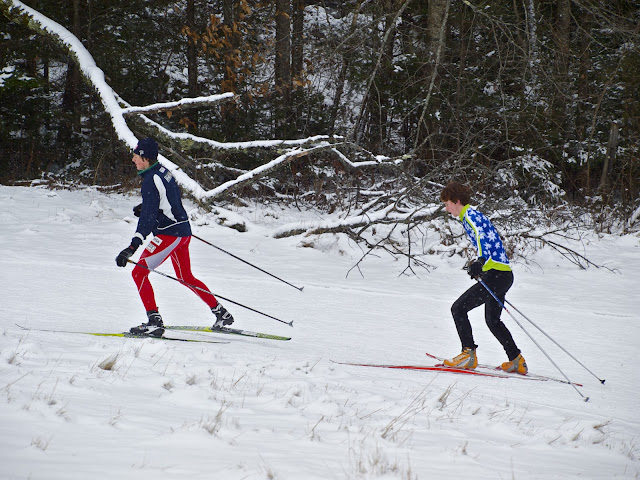 Dev and Hans skied the whole workout together, alternating leads the whole time. 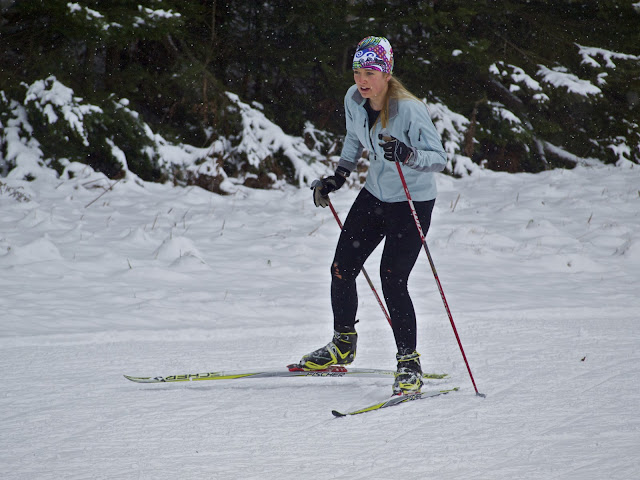 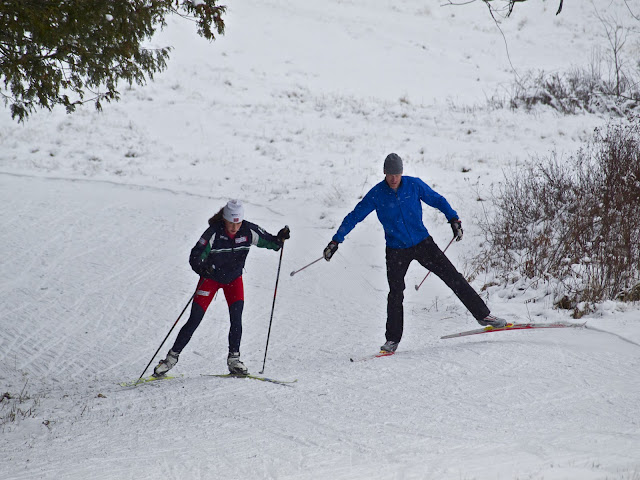 Another friend, Terry Kellogg, also joined us today and even jumped in a few of the intervals. Terry skied for Middlebury back in the day and he’s still got it. 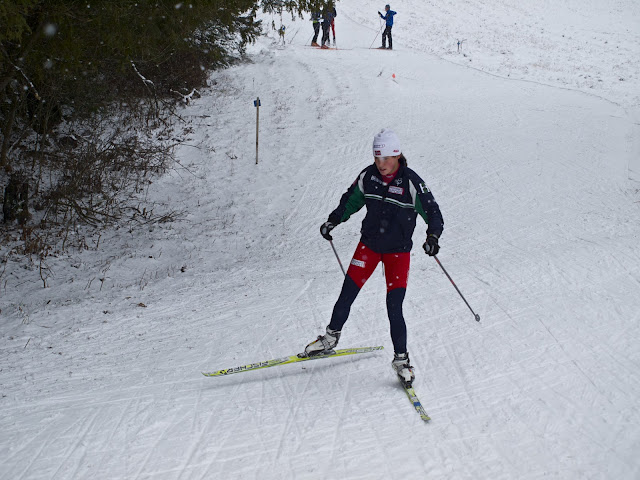 Heidi cools down post workout: we skied the speeds on a 1 km loop, but there were plenty of trails to ski on before and afterwards. 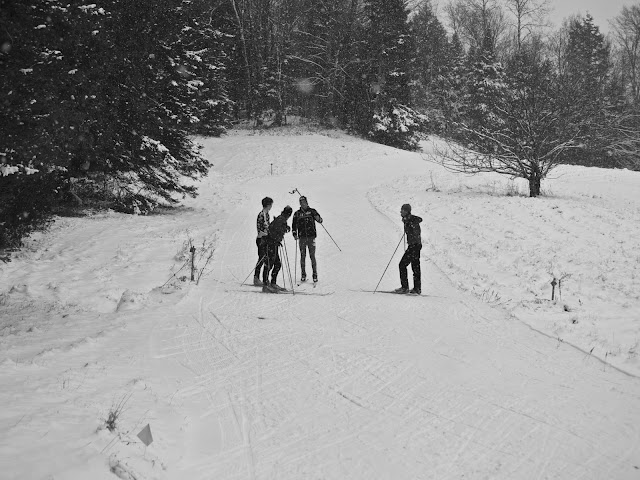 Time trial tomorrow, then we’ll see where the snow goes. Craftsbury looks pretty set to hold the Eastern Cups next weekend, and we’ll be familiar with the course by then unless it decides to snow hard somewhere else! 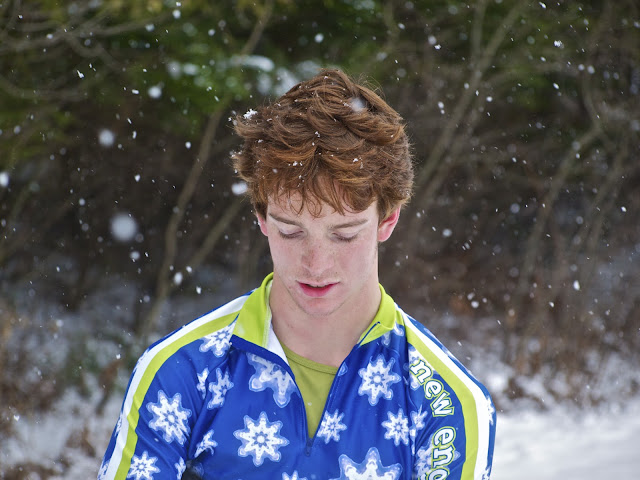 Off Camber, Episode 2 — On The Road