Each weekend seems to be an interesting mix of results for the North Americans. Starting with the women (Davos result circled in blue): 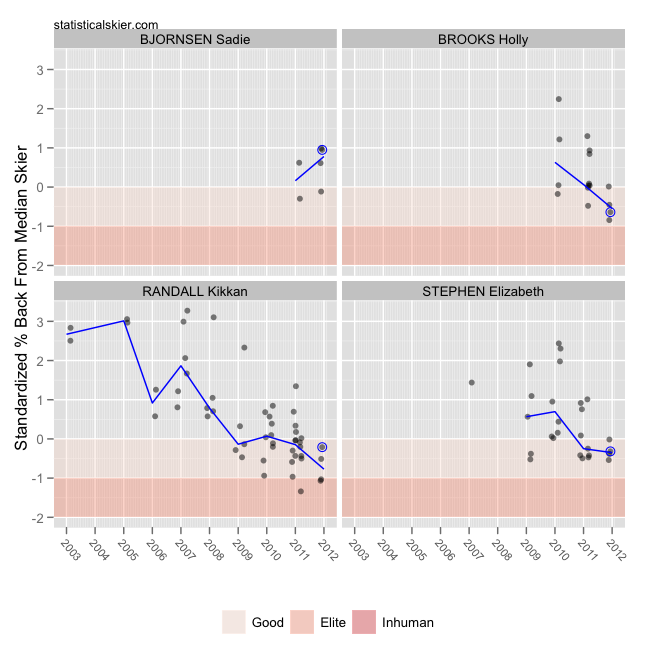 Compared to this season, that was an off day for Kikkan, but compared to last season that was pretty typical. Part of me wonders if she dialed it back a bit late in the race when she knew she wasn’t feeling strong to save some energy for the sprint. But as you can see from her graph, if that’s going to be her “bad” race this season, she’s going have a strong set of results this year.

I’m very cautious about jumping on bandwagons when someone pops a good race or two, but Holly Brooks is beginning to convince me. That’s three good (and one OK) distance results in a row now. More importantly, I like the direction her trend is heading. It’s still early, so it’ll only take a few mediocre races to flatten that trend out, but so far it looks promising.

You can’t deny that Liz Stephen has had some strong results so far this season. My only concern is that they have all been roughly where we’ve seen her topping out before. Can her good days inch up towards the top ten? 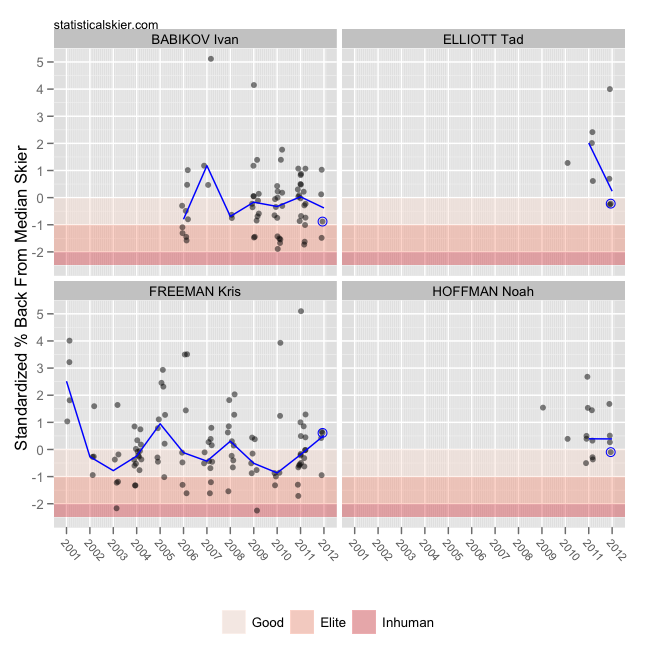 Kris Freeman still hasn’t sorted out whatever’s going on with him, obviously. It’s always painful to read his blog posts and quotes after bad races; he’s so unfailingly harsh on himself.

Ivan Babikov turned in a stellar race, of course, but as you can see it was well within his normal range. The youngsters Elliott and Hoffman both had solid days, certainly compared to their results so far this season. I’d really like to see Hoffman’s results creep a bit further down into the pink, though.

Oh, and there was a sprint race, too! You may have heard who won the women’s race… 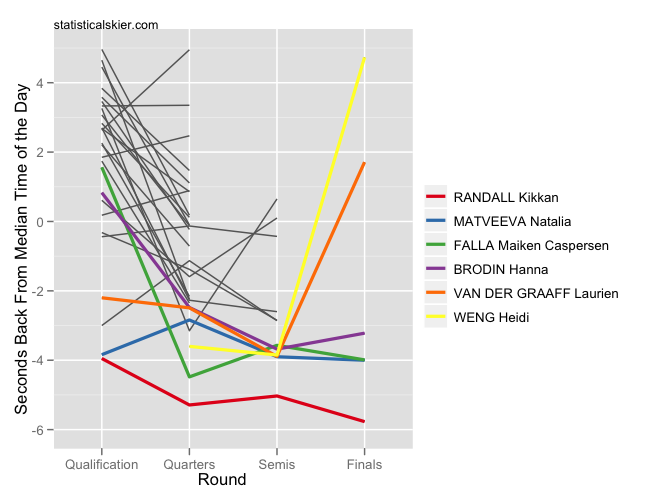 Randall was just plain skiing faster than everyone, start to finish. (Apologies for cutting off Heidi Weng’s prelim result; I cutoff the y axis to remove some outlying times and just realized hers got cut too.) It’s interesting how slow the qualification times were. Most people managed to go faster in the quarters, but as you can see, the women who made it to the final were just on a different level, speed-wise.

The men’s final wasn’t quite as clear cut: 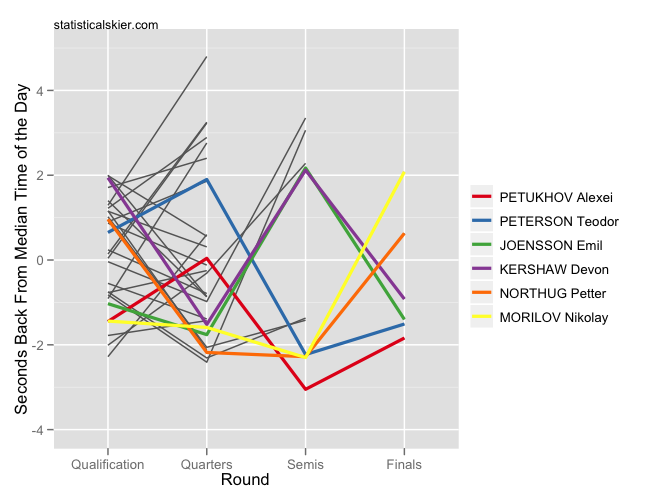 These times are all a bit closer together, compared to the women. (Again, except for 1-2 large outlying times that I’ve omitted.)

One thing I saw some commentary on was the fact that Bjørgen missed the finals in part due to the higher speed of Kikkan’s semi: 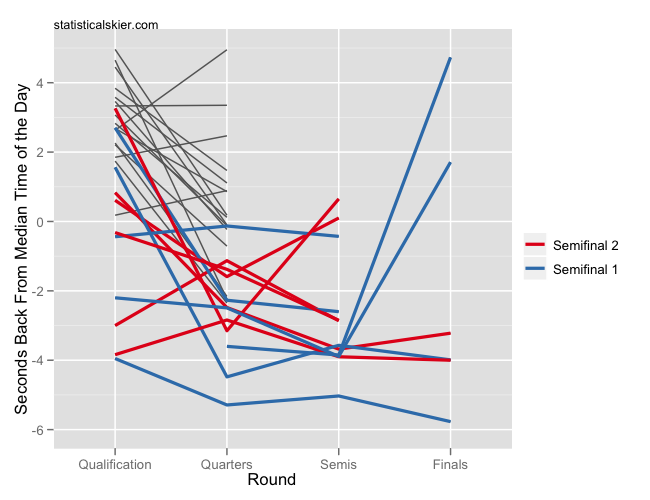 And yeah, Kikkan did stretch out that semi a bit. But compare that to the dramatic separation between the men’s semifinals: 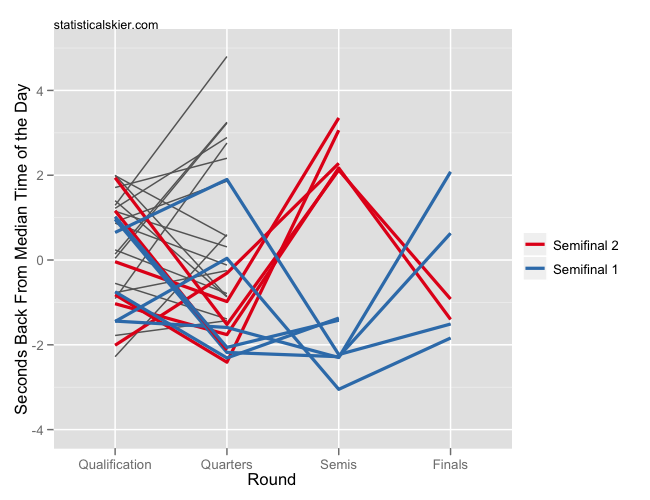 Interestingly, being in the slower semi may not have helped all that much in this case.