Taylor Fletcher - UpdatesDecember 11, 2011
After some solid racing in Norway and Finland, I came back to Park city for the first continental cups of the year. I was very confident coming into these races, as Last year I went 3/3 on podiums on the COC level. This year with the x-c form and the altitude, I knew I had a very good chance of continuing my streak of COC podiums.

Going into the first competition jumps, I was happy with my level during training. Unfortunately I didn’t have my best jump, as I was a little late and too aggressive over the knoll. With some very strong jumping from Marjan Jelenko, I was put in a hard situation to reach the podium. After the first 2 laps, I had reached the group containing second and third place. I then took to the front and really pushed the pace. Fortunately nobody was able to match my pace allowing to break away with a couple second on hand before the finishing stretch. Thus being four podiums in my last four races.

Team event:
After a strong performance by Nick Hendrickson in the first competition, the coaches elected Nick and I to be USA #1. The format was a team sprint. Each skier would alternate turns on 1.8 kilometer course. I knew team had a chance to score another podium. After not the best jumps, Nick and I had to ski a strong race to reach the podium. After two strong legs by both Nick and I we had reached the podium group and now it was a dog fight for whole would be in which position. The german team had a strong team skiing away from both France and Nick and I (USA #1). The French team, then put a little of time into nick which resulted in 3rd place, and Nick’s first podium, and my 6th! 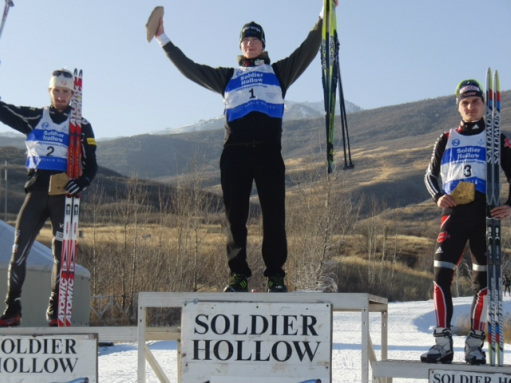 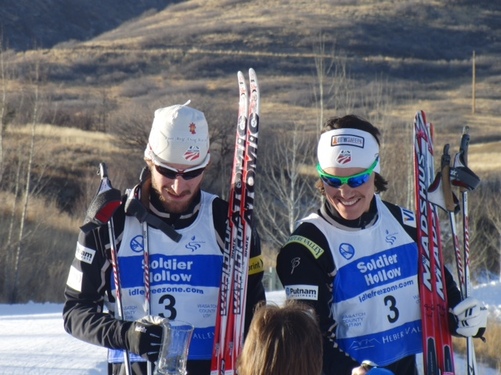