Oh yeah, there were some distance races in Rogla on Saturday too, huh?

Once again, this will be short on the words; just some pretty pictures. The US women had another strong outing: 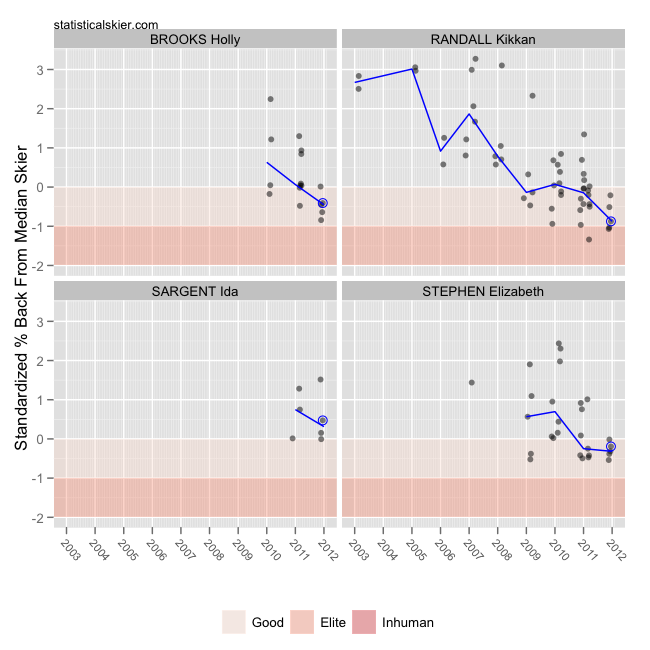 Once again I’d note the continued downward trends for Holly and Kikkan and the generally flat trend for Liz. (Ida still has too few races for trends to be particularly meaningful.) In particular, I would emphasize that Kikkan’s classic skiing is showing the sort of trend her freestyle skiing has shown for a few years now: 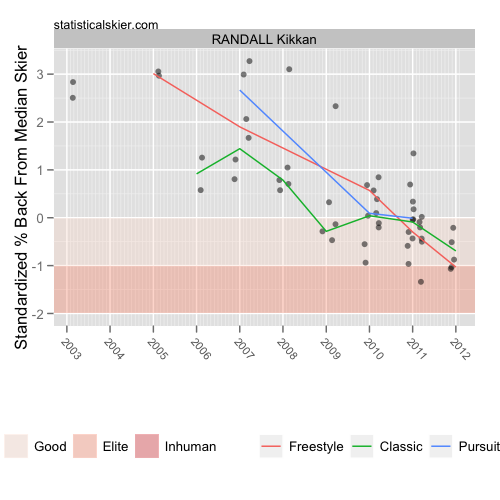 Alex Harvey and Devon Kershaw were probably hoping for more on Saturday, and although their results weren’t terrible, they also weren’t all that great (for them): 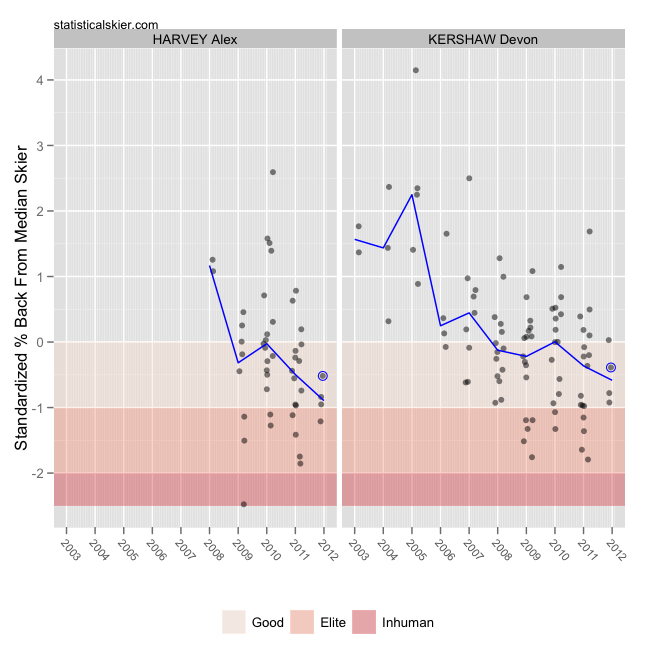 The final thing I’ll note is that I noticed that the Russian women put three folks in the top ten on Saturday, a fairly strong showing for them. A sign of a resurgence for the Russian women? Well… 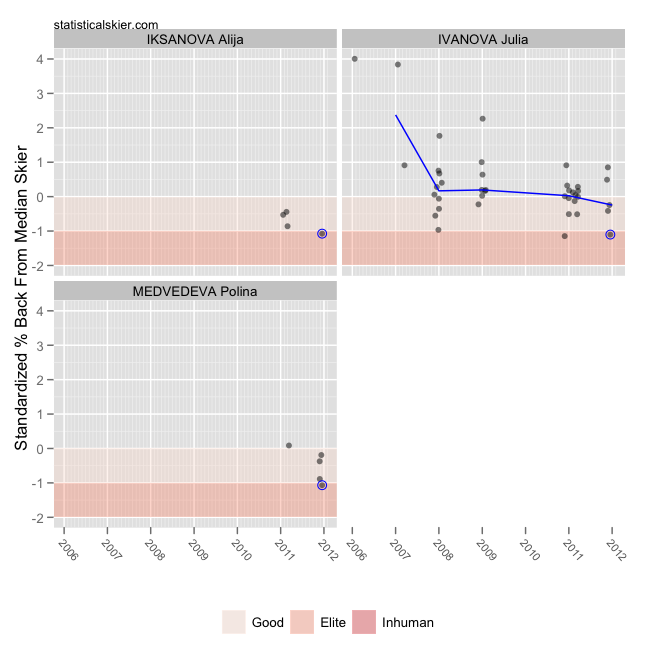 In Ivanova’s case, that race appears to be at her ceiling (or floor, I suppose if we associate down with better performance). As for Iksanova and Medvedeva, it’s still a bit early to tell, but it’s a good sign for those ladies to be starting out with results in the negative zone of these graphs.