The weekend after the Tour finishes will have smaller fields, and this was no different. Still, The Americans will take the results regardless of who else shows up. Here’s how the women’s finalists progressed during the day: 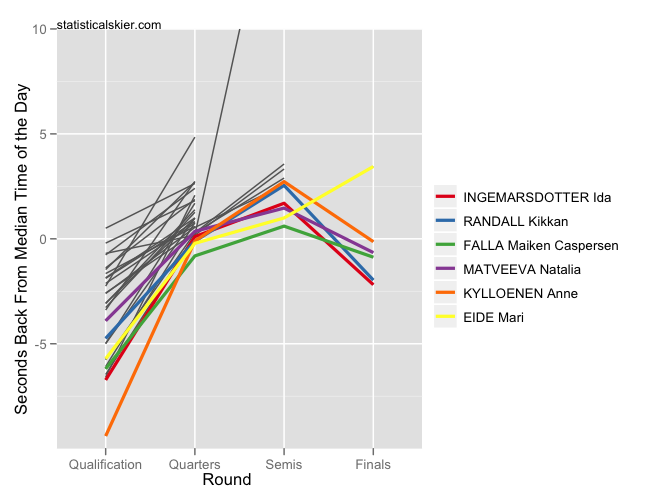 Flat courses will tend to produce times like this, where the qualification round is quite fast, and then things slow down in the heats as tactics become more important. Still, the final turned out to be relatively fast. I didn’t watch the race (as usual) but I wonder if that was also tactics, with Kikkan (and maybe Ida) deciding to try to avoid dealing with navigating around people by simply pushing the pace. Semifinal 2 was slightly faster this time: 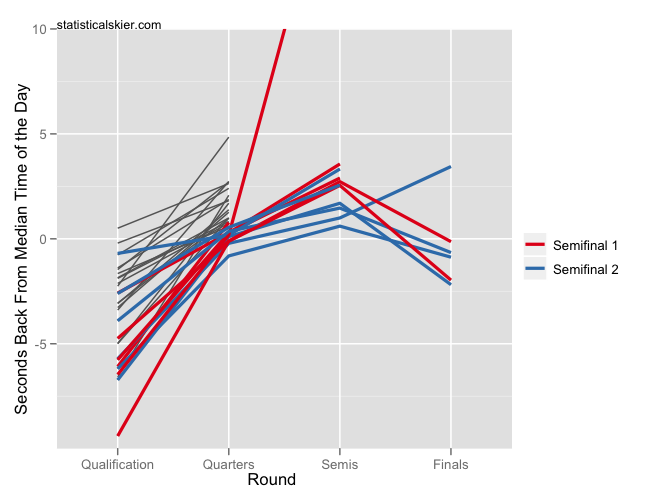 The men’s times, with the flat course, ended up looking remarkably similar: 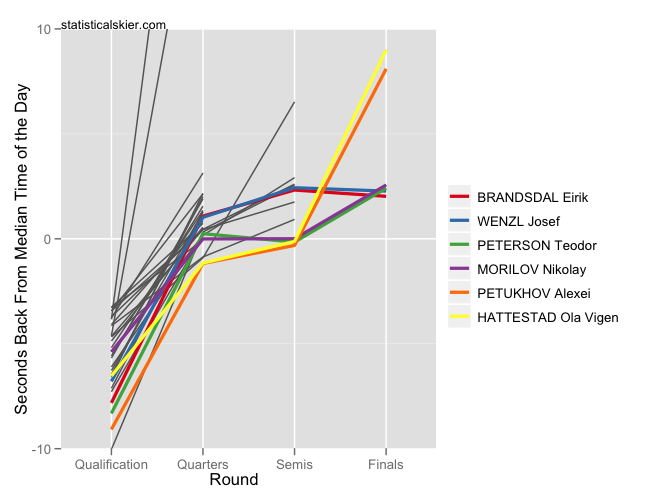 Times were much faster in qualification than in the subsequent heats. Interestingly, Semifinal 2 was faster for the men as well: 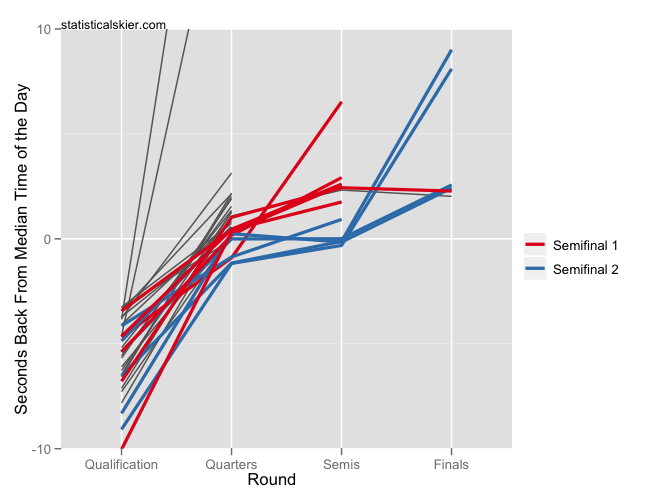