I think I’ve been remiss in mentioning this, but as always thanks go to Jan at worldofxc.com for helping to provide the heat times for these sprint races. Let’s see how the men’s finalists fared first: 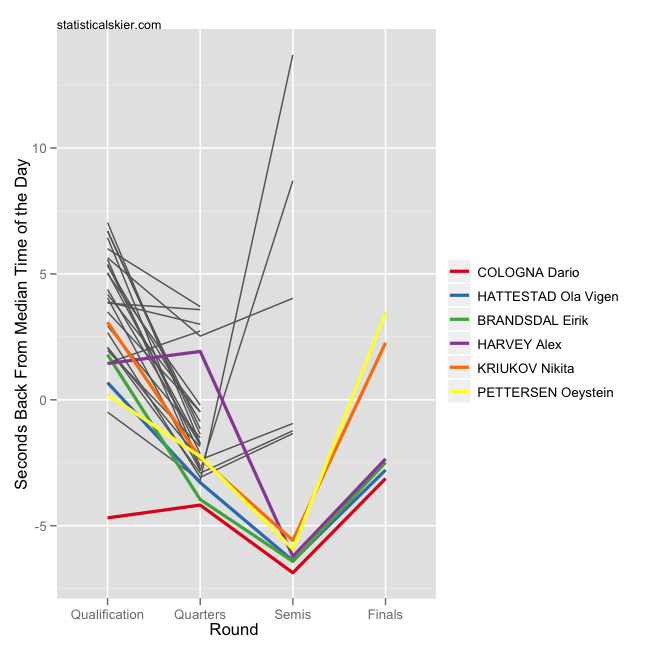 There were apparently some crashes in this race, as evidenced by the outlying slow times. But in general I’m noticing that each round was progressively faster until the finals, when things backed off, but only slightly. And Cologna really was just skiing faster than everyone. It’s interesting that he outpaced everyone by so much in qualification. I wonder if that was intentional, or if he could do it over again he’d back off a bit. Here’s a look at the difference between the two semifinals: 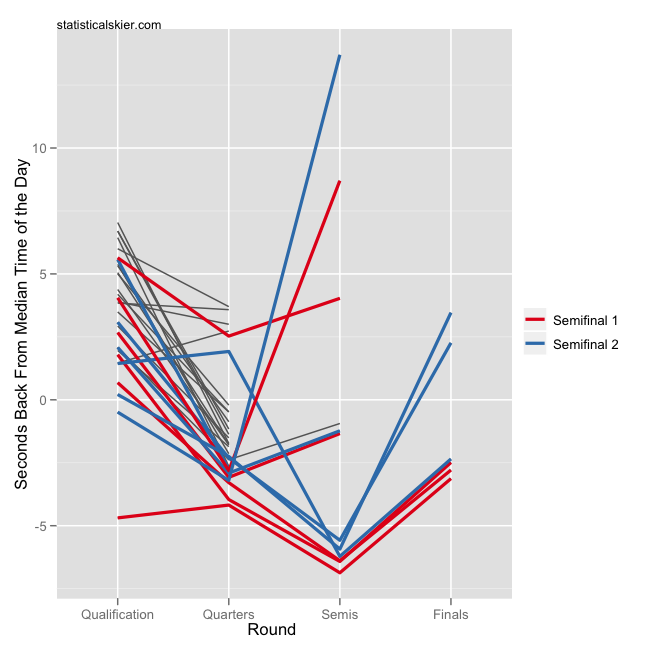 Not too much of a difference there, may be a second or so (not counting the crashes). As for the women: 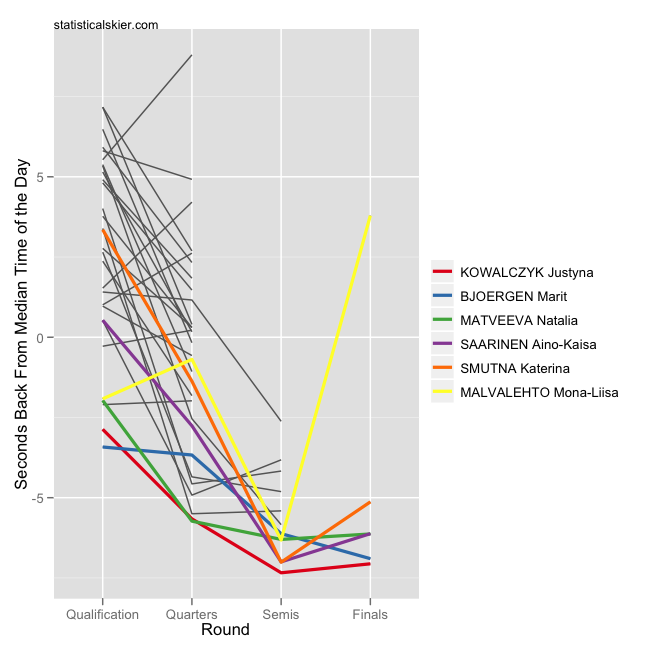 Even more so than the men, the times here just kept getting faster with each round. The finals didn’t actually get faster, but they didn’t really see the drop-off in times that the men’s final did. As for these semifinals: 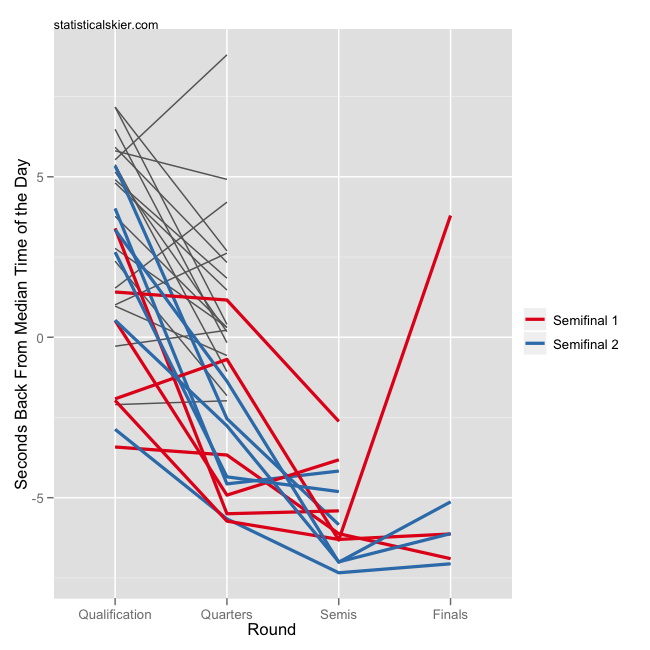 Again, not much of a difference, overall, although semifinal 2 was nominally faster.

Despite Below-Zero Temps, 645 Participate in BirkieTour