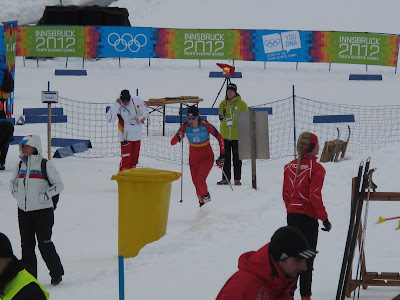 We had our race later today with the prologue at 3:45 and the heats starting at 5:15. Both Paddy and Heather skied solid prologues and made the heats so the day started off well. 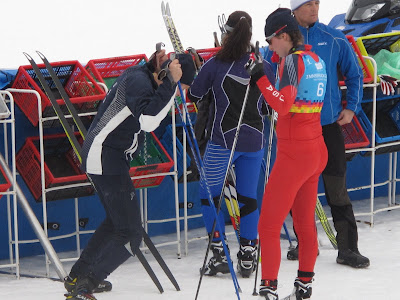 The course was short and fast. 1 km that took the boys 1:47 and the girls around 2 minutes! The course started out with a short straight and a tiny climb, then through a tunnel, down a good hill, into a quick steep uphill, a flat and a longer gradual down and then a good bending climb into the finish lanes at the end. Above, Sverre tells Heather to get forward on the hill. 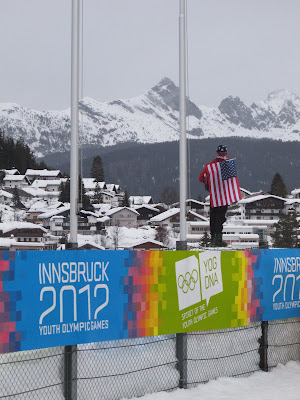 Scott waving the Stars and Stripes. 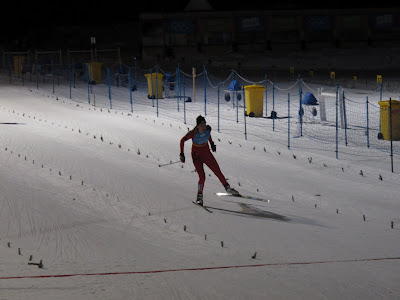 In the 1/4’s, Heather got off to a wonderful start and was fighting for 2nd through the tunnel when someone hit her pole and it snapped. Tim was on the short uphill and gave her a new pole, but the couple of seconds that it took for the exchange was too much to make up and she finished 5th in her heat. She skied smart and strong, but had a piece of bad luck. 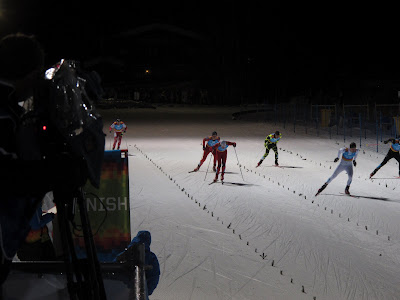 Here is a picture from the end of Paddy’s 1/4. Paddy is right behind the boy from Norway (in red). Paddy finished 4th in his 1/4, but they do lucky losers by time and he had the fastest heat. His 4th place time was faster than any third place times from the other heats so he moved into the semi finals. 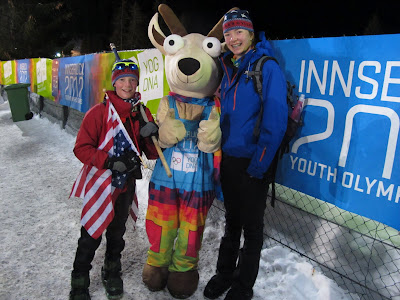 Scott and Brooke with their new friend Yogl (the Olympic mascot). 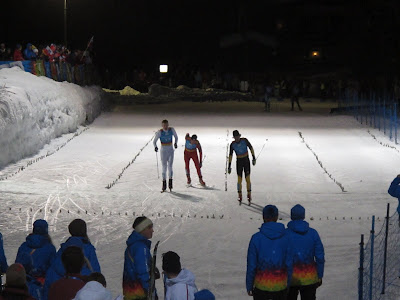 In the semi finals, Paddy finished in third (above) and was faster than the 4th place finishers so he got to go to the final! 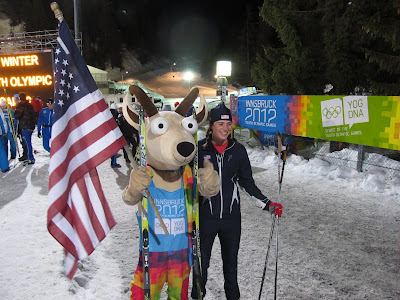 Heather found Yogl too!
No pictures from the final (we were cheering too hard) but Paddy had to maneuver around a fallen skier and he got dropped from the pack. He worked his way back up to the lead group but didn’t have enough gas and speed to pass them so he ended in 5th. That’s not too shabby for a distance skier! 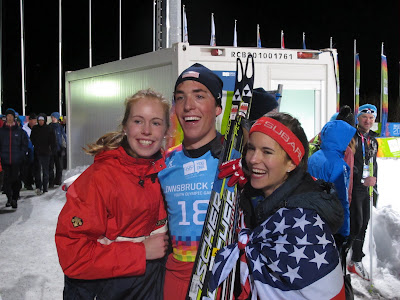 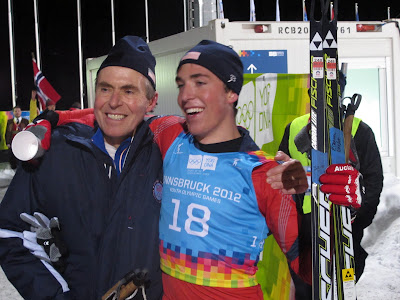 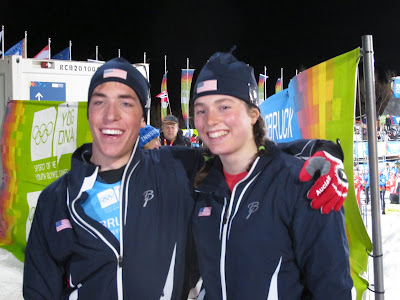 …and team-mate.
Good day for both of them 🙂
A special thanks to Piotr Bednarski, the biathlon ski tech who has been helping us with glide wax testing and application. We have had some fast skis out there!