I didn’t do nearly as much writing about the Tour as I would have liked, but here are some graphs summarizing the way things shook out.

Here’s a bird’s eye view of the men’s Tour, measured using seconds behind the median skier: 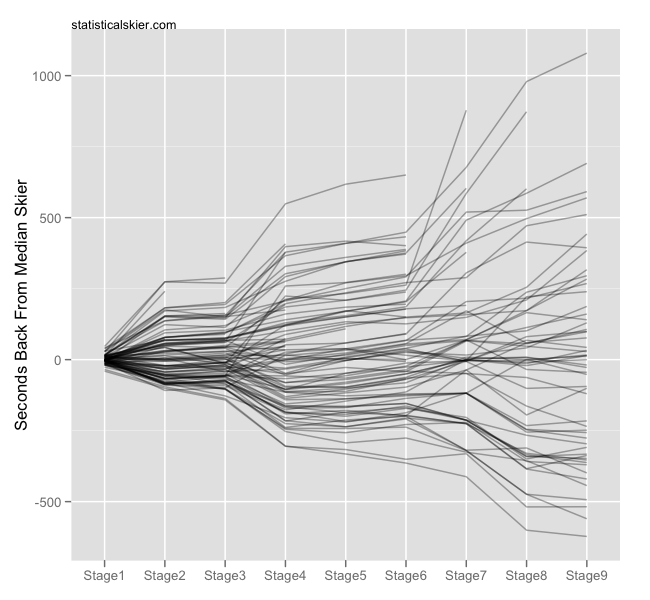 These sorts of bump charts are nice, as they can allow you to see at a glance some overall trends regarding how much movement there was in different stages. So clearly stages 4, 7 and 8 saw some of the biggest movement. Most of the movement in the final stage, a long grueling hill climb, happened at the back of the field, which sort of makes sense.

Here’s a look at how the Tour played out for the eventual top ten men: 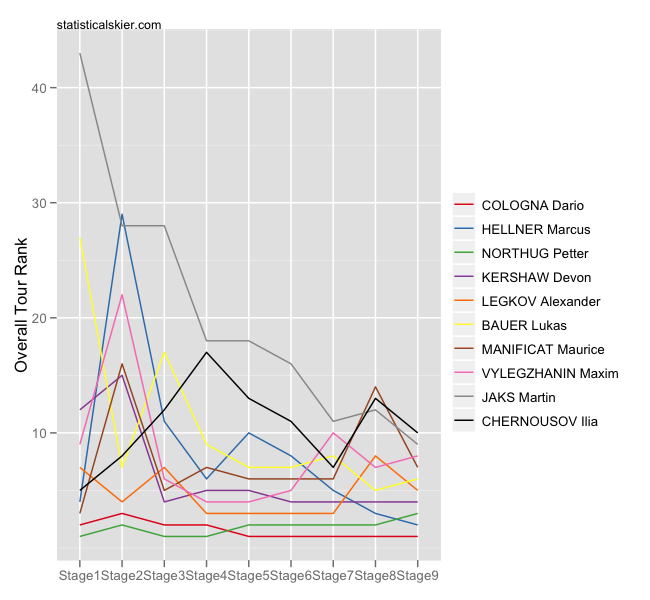 Given my schedule lately, I was only really following the very front of the Tour, and the Canadians, so I missed the Martin Jaks story. That was an impressive comeback. Slightly less dramatic was Hellner’s steady climb up the ranking after Stage 5.

Similarly, here’s the general picture of the women’s Tour: 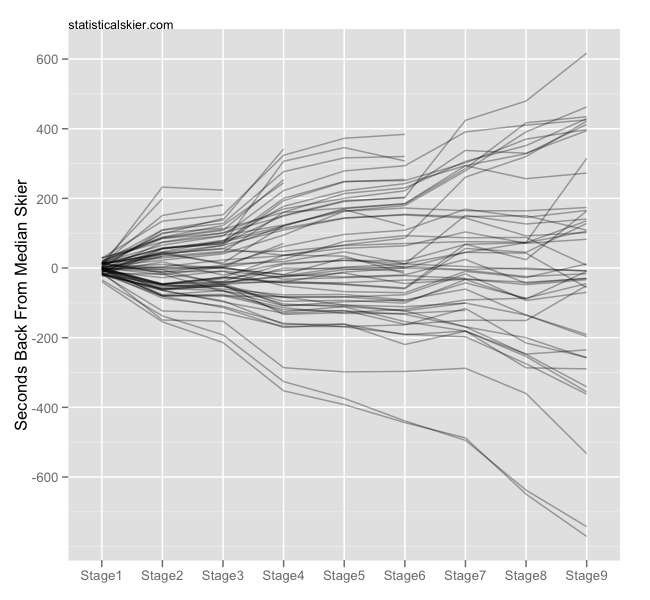 Two of these skiers are not like the others. Two of these skiers just aren’t the same. (And then there’s Johaug, stuck in no-woman’s land there.) At the very least there were two women off the front, rather than just one, which is just boring. Notice that Bjørgen and Kowalczyk basically put time on the field in every single stage. Stages 4 and 7 saw major shake-ups, and the final stage probably saw more movement than for the men.

Here’s how the Tour played out for the eventual top ten women: 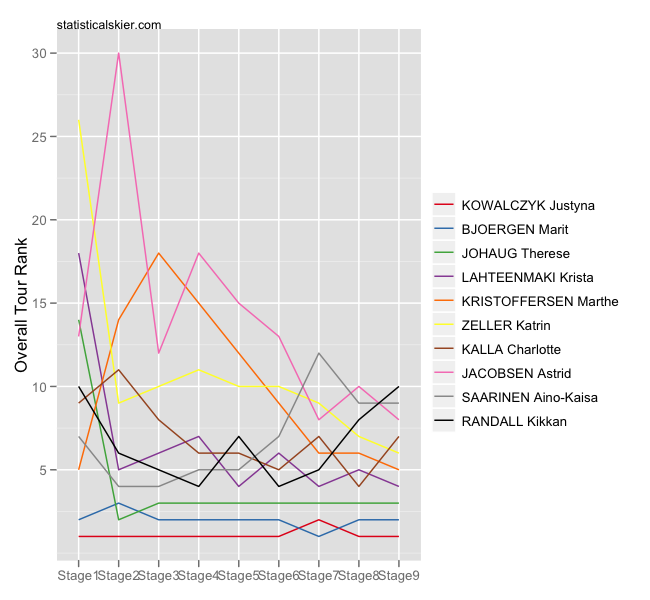 Kikkan definitely faded the last two stages, but still, that was an impressive set of races for her. Note the steady gains made by Jacobsen, Zeller and Kristoffersen during the last half of the Tour.

I’ll be back on Wednesday with some analysis of how to assess performance in those tricky Tour pursuit (i.e. handicap start) stages, where you often get “weird” results.

Randall Holds On to 10th Overall in Final Climb, and Keeps on Going