There’s just too much racing going on during the first half of January to comment on it all. But the first rest day of the Tour de Ski certainly deserves some notes. So here’s a look at the current leaders of the Tour, compared to how they’ve fared in previous years, starting with the men: 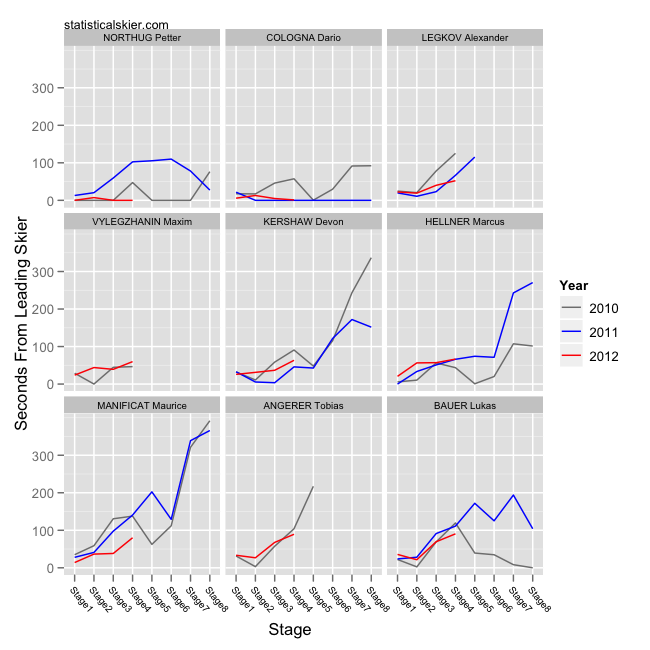 Legkov, Vylegzhanin and Angerer either haven’t participated or haven’t finished the two most recent Tours. So it will be interesting to see how they fare during the later stages, when things getting really grueling. Will Hellner drop off near the end of the Tour again? (I seem to recall his fading last year was due to something unfortunate; illness maybe? or bad skis?) On the other hand, will Bauer be able to ski his way up to the front again like he did two years ago? 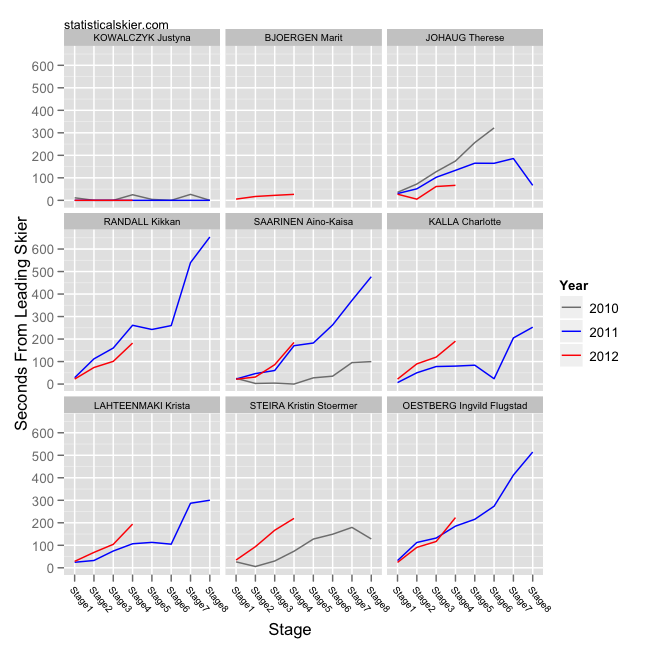 Obviously, we have the battle at the front between Kowalczyk and Bjoergen. Johaug and Randall are improved (much improved, in Randall’s case). If Johaug stays this close for the rest of the Tour, folks may have to watch out for her on the final climb, considering the damage she did there last year. Kalla, Lahteenmaki and Steira are somewhat further off the pace than they were in previous years.

Focusing on some of the other North Americans: 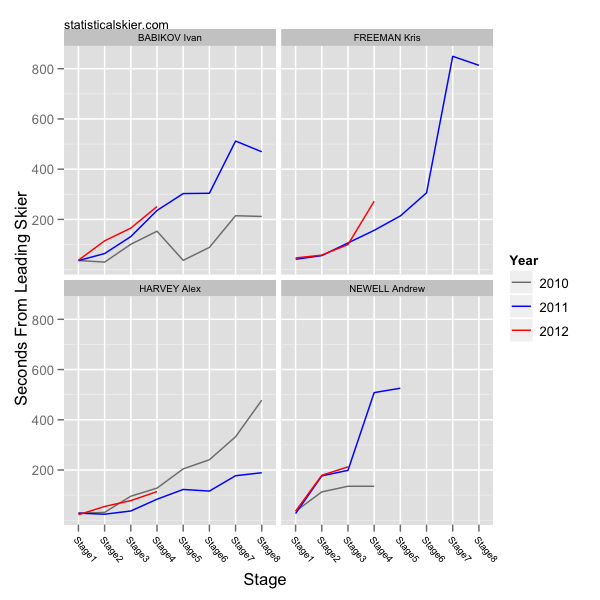 Newell is sick and apparently done, sadly, and Babikov is questionable with a wrist injury. Kris Freeman was actually pretty much right on where he was last year until Saturday’s stage, and Harvey’s had a bit of a frustrating time of it so far, but he’s not that far off from where he was last year.