kateFebruary 19, 2012
Today we woke up and watched the Tartu marathon. It was an early start to the day but worth it to see 6000 skiers go by, including some of the best in the world. The classic race started in the stadium in Otapaa and ended 63km later. Scott Jerome’s friend who lives in estonia was able to get us team passes, which meant that we could follow all of the professional team coaches to checkpoints along the course. At the end of the day we got to see a close finish between five racers and a hard effort from our coach Adam St. Pierre who lead the U.S. with his finish.
Oh and its snowing, the new trails we have moved to are pretty sweet and we are going to kick butt there!! 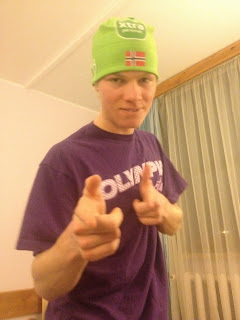 Max rocks his new norway hat that he traded Jorgen Auckland a U.S. ski team hat for. (he is kinda a big deal) 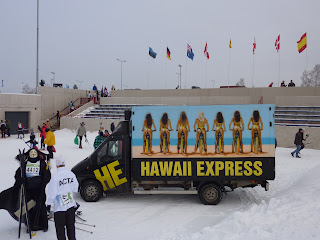 The local ski shop rolls around in style. 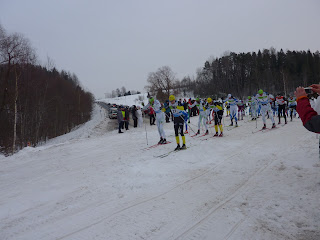 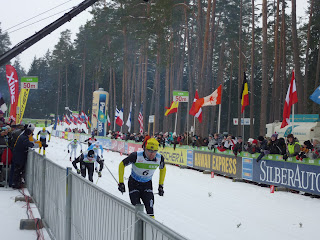 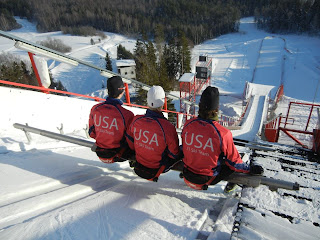 Jack, Max and Tom on the skispringun hill 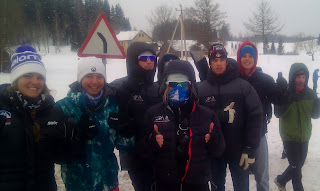 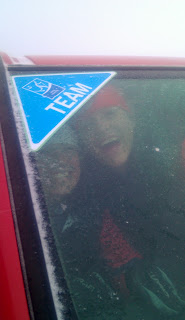 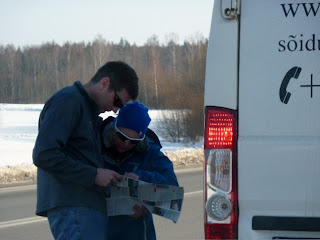 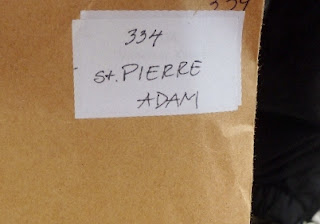 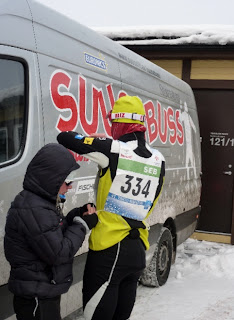 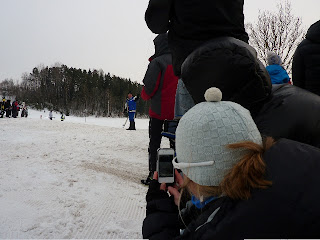 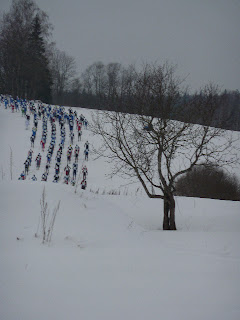 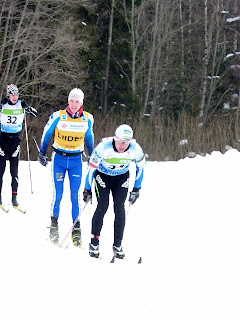 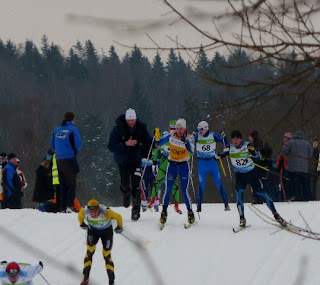 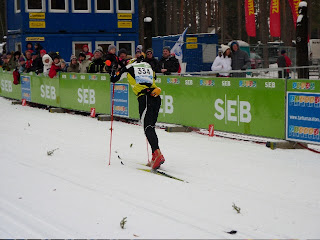 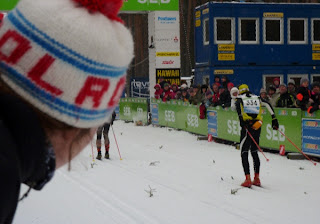 Trailside in Erzurum for World Juniors and U23s (Video)